How Are We Getting Epicurious? 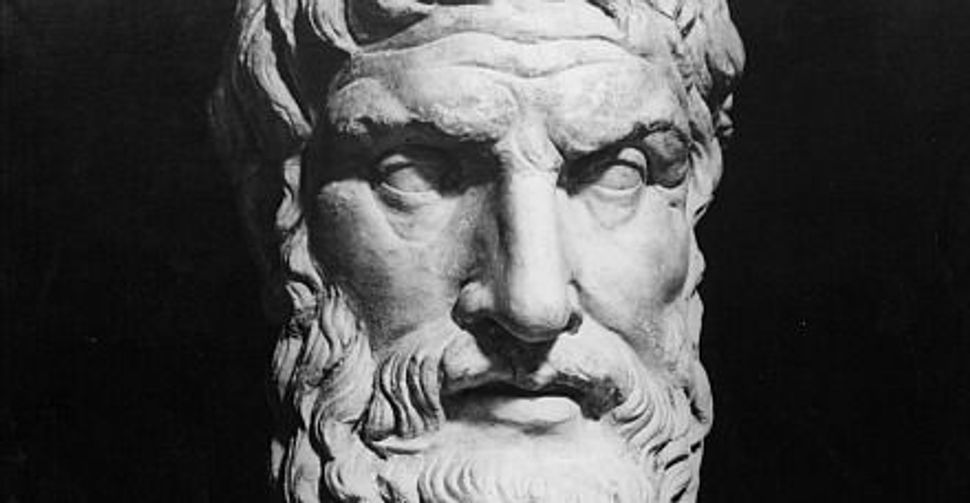 Last week’s column ended with a question: Why, of all the philosophers of classical antiquity, was it Epicurus whose name, in the form of apikoros, became a rabbinic byword for a religious skeptic or heretic? 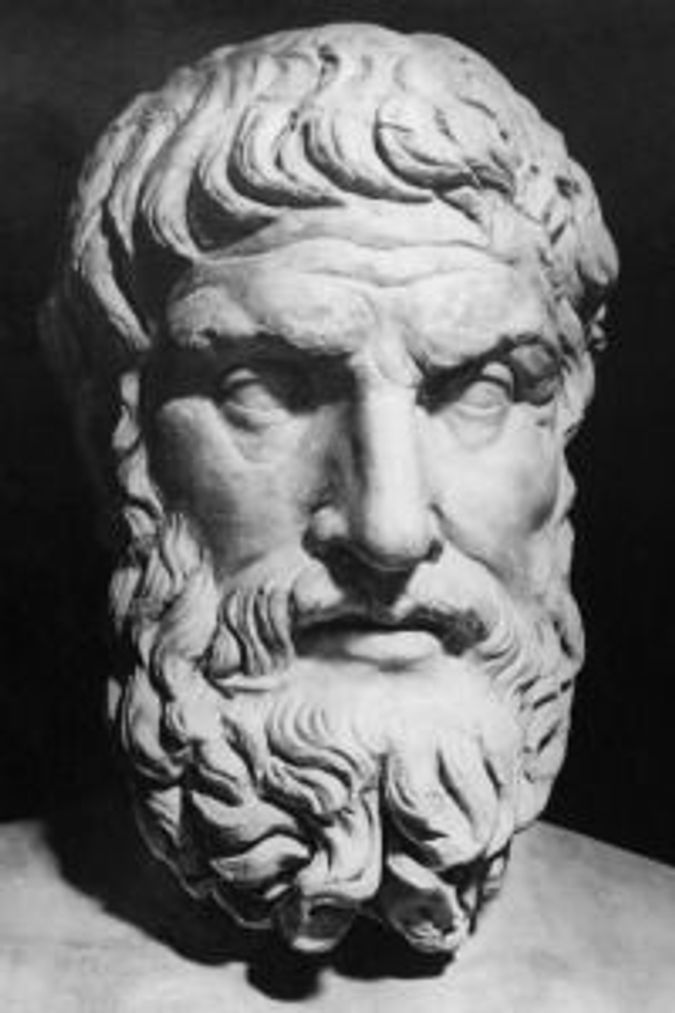 To this we might add a second question. Epicurus also lent his name to many European languages: English, for example, in which “epicure”” once commonly meant, according to my Webster’s New Collegiate Dictionary, “a luxurious sensualist, especially in matters of food and drink,” and today has the sense of “one who displays fastidiousness in his tastes or enjoyments; a connoisseur.” Why did the same Greek thinker inspire two such different eponyms?

Epicurus himself, while dismissive of the claims of all religions, was no “luxurious sensualist.” Known for the simplicity of his life, he was born on the Greek island of Samos in 341 BCE, studied philosophy in Athens with a disciple of Plato’s and eventually founded a school of his own there, over which he presided until his death, in 270. Breaking with the Idealism of Plato, his thought, influenced by the Atomism of Democritus, was thoroughly materialistic in its description of the universe and — though its starting point was quite different — similar in many of its conclusions to that of the Stoics. The physical world, he held, was all there was and was composed of differently shaped atoms whose various combinations formed all matter; there were no divine laws or divine rewards or punishments for human actions, and hence no moral codes that human beings were obliged to obey. The only rational goal was to live life as pleasurably as possible.

And yet, Epicurus wrote: “When we say that pleasure is the end and aim, we do not mean the pleasures of the prodigal or the pleasures of sensuality, as we are understood to do by some through ignorance, prejudice or willful misrepresentation. By pleasure we mean the absence of pain in the body and of trouble in the soul. It is not an unbroken succession of drinking bouts and of revelry, not sexual lust, not the enjoyment of the delicacies of a luxurious table, which produce a pleasant life…. We cannot live pleasantly without living wisely, honorably, and justly, nor live wisely, honorably, and justly without living pleasantly.”

The more virtuous the life, in other words, the less vulnerable to physical suffering and mental agitation it is. The Stoics, who believed in a divine principle that informed the universe, would not have disagreed with this — nor would have the Neoplatonists, the third of the three major Greek philosophical schools in the early centuries of the Common Era, when rabbinic Judaism took form. The rabbis of the Mishnaic period, which ended about 250 C.E., were aware of the differences between the three, and while they had no particular interest in any of them, they were put off most by the atheism of the Epicureans. Hence, we find it written in the Mishnaic tractate of Sanhedrin, “All Israel has a share in the world to come… except for he who denies the scriptural basis of the resurrection, he who says the Torah is not God-given, and the Apikoros [the follower of Epicurus].”

Those disqualified, it should be noted, are barred purely for their beliefs. Although a Jew, according to Sanhedrin, could study Greek philosophy and still be eligible for Paradise, Epicureanism put him beyond the bounds, since its creed clashed head-on with Judaism in a way that Stoicism or Neoplatonism did not. The apikoros is he who, even if he observes all its ritual commandments, denies Judaism’s most basic articles of faith — and long after the memory of Epicurus disappeared from Jewish life, this is what an apikoros continued to be.

Early Christianity, on the other hand, focused more on the moral implications of Epicurus’s philosophy. “Although [Epicurus] does not say so in so many words,” the early fourth-century Christian theologian Lactantius wrote, “he teaches in fact [that] we should live in the indulgence of pleasures in every possible way, for in a short time we shall not exist at all. Therefore, let us suffer no day, no moment of time, to pass away from us without pleasure….”

This was precisely the “willful misrepresentation” of his thought that Epicurus had protested against, but it was the popular interpretation of it that, in Christian Europe, stuck to it. Thus, in Shakespeare’s early 17th-century “King Lear,” Goneril says to Lear, accusing him of running a debauched court: “Epicurism and lust / Make it more like a tavern or a brothel / Than a grac’d palace.” Yet “Epicurism” (the word also occurs as “Epicurinism” and “Epicury,” with the adjectives “Epicurean,” “Epicurical,” “Epicureous,” “Epicurish” and “Epicurist”) in the sense of “cultivated taste” followed close behind. Already in 1752 we find Samuel Johnson writing about an acquaintance, “He is venerated by the professors of epicurism as the only man who understands the niceties of cookery.”

Today — perhaps because overeating is out of fashion and gourmet cooking is in (hence the popular website epicurious) — it is the latter meaning that has prevailed. An epicure is no longer a glutton. He is not an apikoros, either. Epicurus might have taken some comfort in that.

How Are We Getting Epicurious?