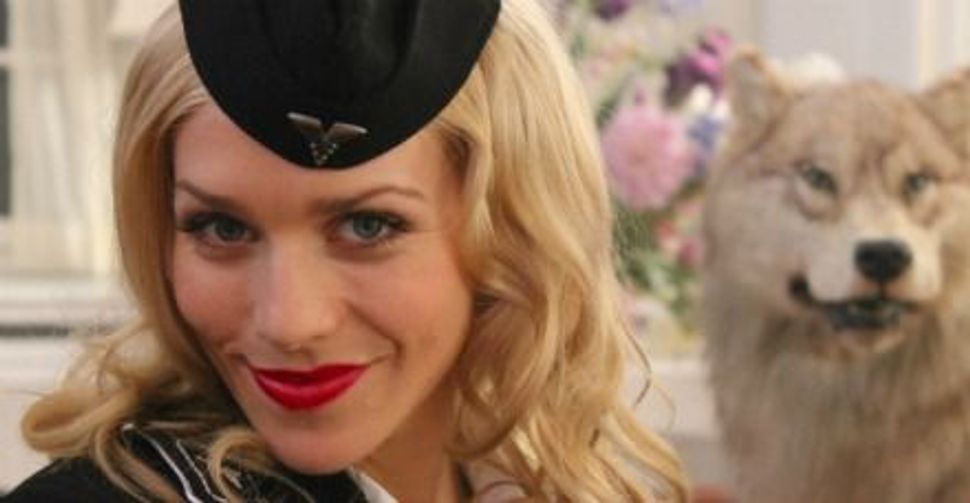 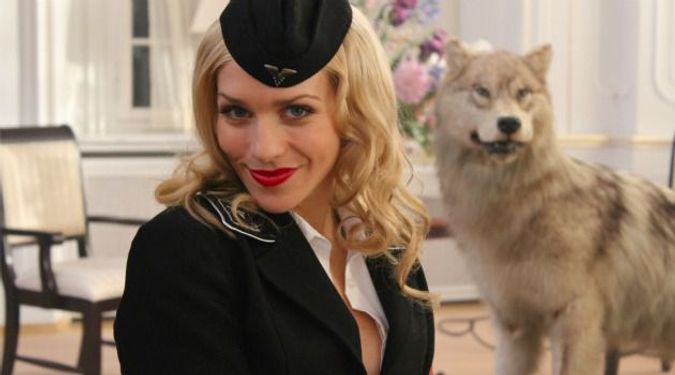 Supremacy in Space: Amid a raft of serious documentaries, the Berlin Film Festival featured ?Iron Sky,? a satire about Nazis on the moon. Image by blind spot pictures

After an impressive few years of Israeli films showcased prominently at the Berlin Film Festival, there was a conspicuous dearth of Israeli fare this year. The Berlinale, which ran from February 9 to 19, has a reputation for tackling political issues. This year, it decisively chose to highlight films from hotbed countries, including Egypt, Yemen and Syria, which were supplemented by talks and panels about the impact of the Arab Spring on filmmaking. Programmers went for films that pushed hot political topics, including Alison Klayman’s documentary, “Ai Weiwei: Never Sorry,” about the Chinese artist and dissident.

One of the few Israeli productions in the festival selection was Silvina Landsmann’s excellent low-budget documentary, “Bagrut / Lochamim” (“Citizen / Soldier”). Her film, which won a special mention from the Caligari Film Prize, follows a civic education class run by the IDF for soldiers at the end of their military service. The three-week-long course is designed for soldiers who do not yet have a high school certificate. Landsmann’s camera captures the heated debates between the liberal teacher and his students, many of whom hold borderline racist views about their Arab neighbors and, at times, about ultra-Orthodox Jews.

The director herself remains invisible, soberly observing the lively discussions about human rights, the philosophical and practical implications of defining Israel as both a Jewish and democratic state, as well as religious and social tolerance. The decibel level is often one notch below shouting. In this respect, the film can feel like a non-fiction version of the much-lauded 2008 French film “The Class.” But unlike in that film, and possibly due to military discipline, the students here always maintain decorum.

Charismatic, well-spoken and persuasive, the teacher is not interested in preaching, but will keep the conversation going despite the students’ reflexive objections to his assertions of Israeli wrongdoings. The lessons often revolve around history, moral philosophy and political events, and the teacher succeeds in getting his stubborn students to open up and debate the vital issues facing Israel today from less draconian and defensive positions.

If Landsmann errs cinematically, it is in her insistence on focusing on the ever-present guns in classroom, schoolyard and auditorium, unnecessarily hammering home a point that could be made more subtly, about the effects of compulsory military service on Israeli society. Aside from that, her visual instincts are spot on, even when capturing the students outside the classroom, chilling out or getting one-on-one tutoring in Jewish ethics. By using this soldiers’ classroom as a microcosm of Israeli society at large, Landsmann manages to tell an important story from an unusual angle.

Speaking of unusual angles, “Blood Must Flow: Undercover Among Nazis” explores right-wing subculture from the unexpected perspective of neo-Nazi rock clubs. Undercover journalist Thomas Kuban spent nearly eight years filming these often illegal gatherings in Germany, Austria, Hungary, Switzerland and Italy. His murky footage, captured with a hidden camera, is the basis for Peter Ohlendorf’s documentary. Only a fraction of this visual evidence has been shown before. In the film, Kuban argues that the media, politicians and even police often ignore these events. The documentary shows how Kuban scored a rare victory in the German town of Kirtorf in 2004, which decided to shut down a club that was hosting neo-Nazi concerts after Kuban’s footage was aired on German television.

Kuban, who uses a fake name and wears different disguises in public appearances to protect his true identity and to infiltrate the neo-Nazi scene, claims to have documented nearly 50 such concerts, where right wing extremists use popular music to lure people in search of a subculture to their racist ideology. The songs, often in a rock or heavy metal vein, contain vile and gruesome lyrics that often extol Nazi leaders and gleefully call for the extermination of Jews, homosexuals and immigrants. One particular song explicitly demands the destruction of Kreuzberg, a Berlin district famous for its large Turkish population.

The film’s title derives from a song that is heard at every concert Kuban shows us, and whose popularity makes it the de facto anthem of the neo-Nazi club movement. Many a rendition of “Blood Must Flow” ends with enthusiastic cheers of “Heil Hitler.” The undercover journalist and filmmakers shed valuable light on a disturbing phenomenon that appeals to youth in a significant number of European countries. However, they shy away from the trickier question of what the appropriate response to hate speech — spoken or sung, both in Germany, where anti-Semitic rhetoric is a criminal offense, and elsewhere — ought to be.

It’s a shame the Berlinale programmers did not double-feature “Blood Must Flow” with <“Iron Sky,”> a tongue-in-cheek space epic about Nazis with the revealing tagline: “In 1945, the Nazis went to the Moon. In 2018, they are coming back.”

Aside from tapping an unexplored niche of the sci-fi genre, “Iron Sky” uniquely harnesses the potential of the Internet. This Finnish production attracted a fan base willing to complete vital tasks including creative consulting, promotion and foreign-language dubbing — making it one of the first ever crowd-sourced films. On the film’s website, director Timo Vuorensola claims the value of all the fan contributions to be in the millions of dollars.

Aside from the film’s quirky cult premise and enterprising production model, “Iron Sky” is also a surprisingly clever and entertaining satire. Its heavy pop culture references include Chaplin’s “The Great Dictator,” the Hitler “Downfall” YouTube parodies and even John Sayles’s “The Brother from Another Planet,” while featuring a patchwork of Wagner themes on the soundtrack. In the film’s not-too-distant future, America is a country ruled by a Sarah Palin-esque president who can’t remember Colin Powell’s name. She is tanking at the polls when her campaign manager decides that the moon Nazis, with their strong message and impeccable fashion sense, are just what the president needs to revitalize her voting base. I’d say more, but I don’t want to ruin the fun.

A. J. Goldmann is a regular contributor to the Forward. He lives and works in Berlin.