How ‘Eichlers’ Brought Design to Suburbia 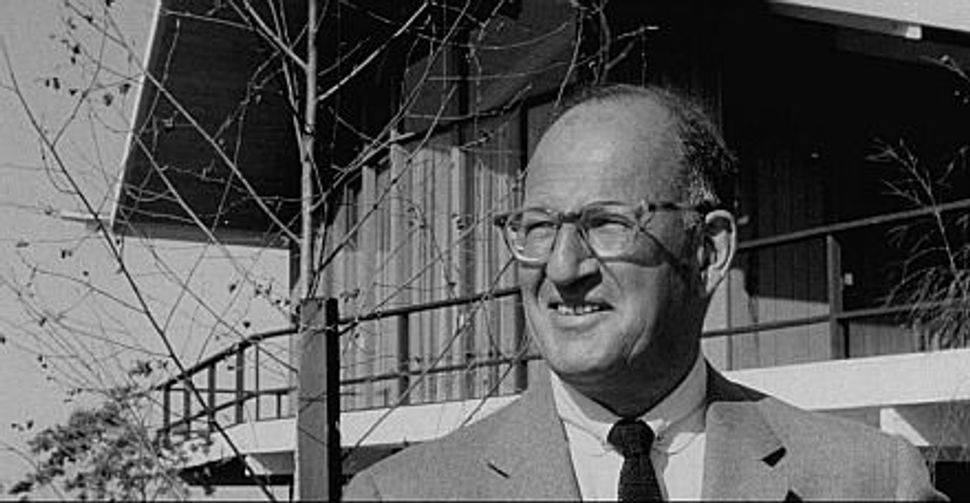 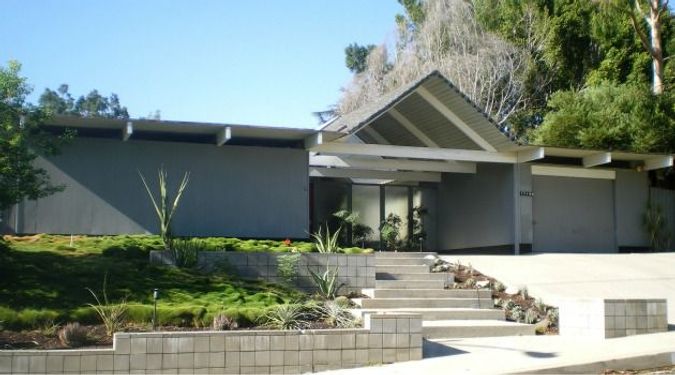 Passion for Design: Eichler homes are passionately appreciated by homeowners and by students of 20th-century American architecture. Image by david toerge

In the spring of 2011, Adam and Justine Amdur were heartbroken over having to give up their home in Marin County’s Terra Linda, just north of San Francisco. The sale had nothing to do with the sustained economic downturn or the depressed housing market plaguing the nation. In fact, as spring house sales get under way again, local home prices have bounced back to levels higher than those of 2008. What pained the Amdurs as they prepared to move to Florida for health reasons was leaving their Eichler.

“Eichlers,” as they are referred to in Northern California, are midcentury modern tract homes developed by merchant builder Joseph Eichler between 1950 and his death in 1974. They account for a significant percentage of the housing in many communities circling the San Francisco Bay to the north, west and south. There are also several Eichler developments in Southern California and in Sacramento, as well as a very small one in Chestnut Ridge, N.Y. 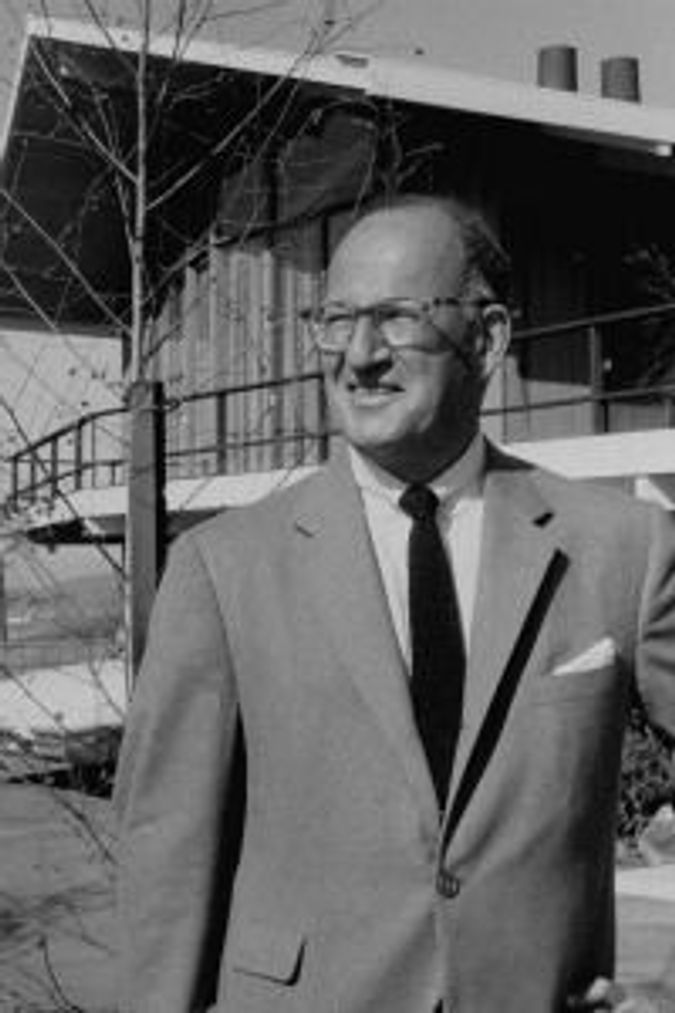 Abraham Levitt and his sons, William and Alfred, may have been considered the fathers of modern American suburbia, but for his designs and principles, Eichler was — and still is — more passionately appreciated by homeowners and by students of 20th-century American architecture. On occasion, buyers of Eichlers may tear them down to make way for something larger and more updated. It is far more common, however, for home owners to preserve them for their enlightened design and durable construction while praising the aesthetically and politically progressive builder behind them.

Eichler brought affordable yet elegant contemporary architecture and design within reach of average young families settling down in the postwar suburbs. The first Eichler homes cost $9,400, an affordable sum for many Americans even at that time. Now, half a century later, Eichlers in Palo Alto, Calif., are selling at less accessible prices, ranging from $1.2 million to $2 million, according to real estate agent Leika Kejriwal.

“It wasn’t traditional construction. It really blew people’s minds back in the 1950s,” Adam Amdur said. “Eichlers are a piece of art.” Accordingly, Eichler Homes salespeople knew that the houses would appeal to only a small portion of the home-buying public. “Even back then, as today, Eichlers tend to attract people in the creative professions, engineers and people who appreciate modern art and design,” said Paul Adamson, a San Francisco-based architect, Eichler expert and co-author of “Eichler/Modernism Rebuilds the American Dream” (Gibbs Smith, 2002).

“Eichlers are a product of their time. They reflect the aesthetic of progressive architects who designed for high-end clients,” Adamson told the Forward. In fact, Eichler himself was deeply influenced by living briefly in one of Frank Lloyd Wright’s Usonian houses in the San Francisco suburb of Hillsborough. He even tried unsuccessfully to get Wright to design for Eichler Homes, his own company. “Joe Eichler was the only merchant builder working on such a large scale who partnered with architects in this way. There haven’t been developments of that class of building, to that level of sophistication, since. Eichlers really stand alone in that regard,” Adamson said.

Eichler partnered with cutting-edge architects Robert Anshen and William Stephen Allen, and later with the team of A. Quincy Jones and Frederick Emmons. They all helped him realize his vision for indoor-outdoor living and light-on-the-ground design. The homes built by Eichler, about 11,000, represent hundreds of different designs, since the builder was constantly asking his architects to tweak their plans, especially as the exclusively single-level homes began to be built larger. However, they all share features that characterize Eichlers, including slab foundations; post-and-beam construction; flat roofs; flexible, open planning; mahogany paneling; radiant heating; built-in furniture, and central atriums.

The most noticeable feature of Eichlers is that they are “blank to the street,” as Adamson put it, and oriented toward the backyard, which is separated from the living area by huge glass windows. This notion of integrating the outdoors with the indoors is what hooks many house hunters, even if they are neither seeking an Eichler nor are fans of modernism. “I didn’t know Eichler from Shmeichler,” said 62-year-old Randi Brenowitz, who bought an Eichler in 1985 upon arriving in Palo Alto from New England. “But I loved the layout, how open and airy it is and how the outside is part of the inside,” she said as she showed this reporter around her home. “Now I feel claustrophobic in any other kind of house.”

“It’s a style of living that made sense in California. It’s appropriate for the climate,” Adamson noted. “Many Eichler owners describe it as like living in nature.” It is also a difficult style of design to achieve. “Minimalism is hard,” Adamson said, “but Eichler managed to pull it off on a large scale and in an accessible way.”

It many ways, Eichlers have become part of the public visual vernacular without our realizing it. For instance, the family home in Pixar’s animated film “The Incredibles” was inspired by a tour of Eichlers that Adamson conducted for the filmmakers. Walter Isaacson wrote in his Steve Jobs biography that the Apple CEO’s sense of design was deeply influenced by having lived in an Eichler during his formative years. The famous architectural photographer Julius Shulman, known for his shots of houses by greats like Pierre Koenig, Richard Neutra, Charles Eames and Raphael Soriano, also photographed Eichlers.

Ron Key, owner of Keycon, Inc. Construction and Design and a longtime expert in remodeling Eichlers is, like many, an admirer of Eichlers’ aesthetics and longevity. “I have a standing challenge to anyone to show me a tract house built in the 1950s that has stood up like an Eichler,” he said. He views his work as taking Eichler’s basic concept and updating it to meet today’s green construction guidelines, building code standards and lifestyle needs.

Key told the Forward that what really attracted him to Eichlers was their founder’s moral sense. Unlike many other builders at the time, Eichler, a politically progressive son of German-Jewish immigrants to New York, did not discriminate against buyers. In “Eichler/Modernism Rebuilds the American Dream,” Adamson put it this way: “Years before either the federal government or the state of California passed legislation to protect the rights of minorities to obtain loans and purchase housing, Eichler Homes maintained a firm, although discreet, policy of nondiscrimination.”

Eichler resigned from the National Association of Home Builders in 1958 when it refused to support a nondiscrimination policy. “Because Joe Eichler’s company was ahead of its time and consequently lacked legal support,” Adamson wrote, “this policy had to remain largely unknown to the general public — a situation that often frustrated Eichler and his generally liberal staff.”

For this and many other reasons, “it’s hard to put a value on an Eichler,” Amdur remarked. As modern design purists, he and his wife took great pains to decorate theirs with midcentury art and furnishings. “It kills us to this day that we had to leave that house,” he said. “As soon as we can, we plan on taking its floor plan and building an Eichler-type home here in Florida.”

How ‘Eichlers’ Brought Design to Suburbia