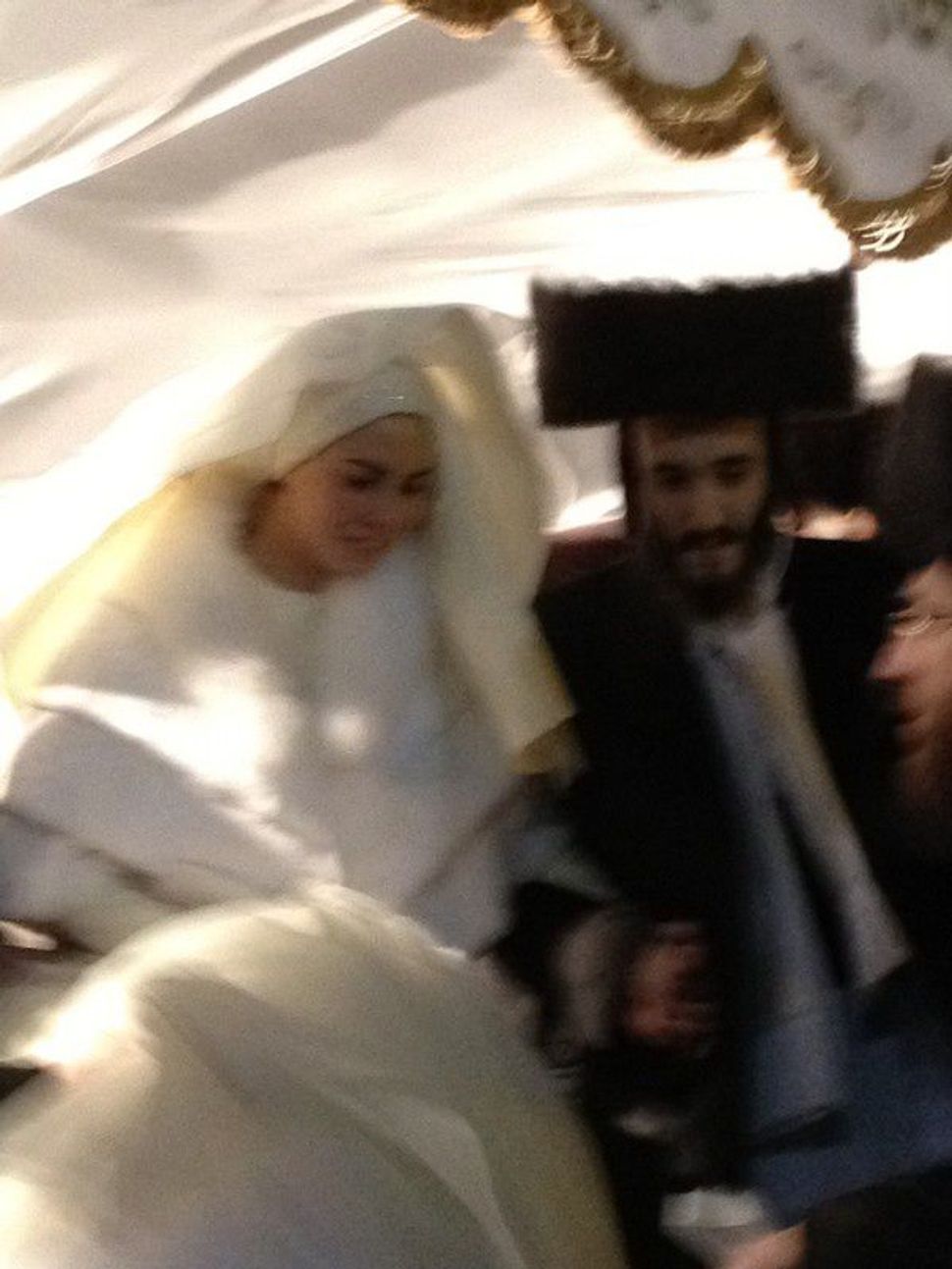 Photos and video from the wedding of Avraham Yehoshua Heschel Halberstam, a son of the rebbe of the Bobov Hasidic dynasty, to Chana Sara Baila Friedman posted on this Chabad website, offer a fascinating peek into a world that is all but invisible to those who are not part of it.

Still, even the most insular of ultra-Orthodox communities are no longer totally cut off from the outside world, a point illuminated by the fact that the Hasidic wedding was live Tweeted.

And this being a Bobov affair, there are competing Twitter feeds as well. The community has been divided since the death of its previous rebbe, in 2005, over who is the rightful heir: the father of the groom, Rabbi Ben Zion Aryeh Leibish Halberstam, who is headquartered at the enormous Bobov synagogue on 48th Street in Boro Park, and the younger brother of the previous rebbe, or his sister’s husband, Rabbi Mordechai Dovid Unger, whose community is headquartered at a somewhat smaller shul three blocks away.

The dispute has been in an Orthodox court, or din Torah, for the past seven years, say sources in the community.

Halberstam’s son’s enormous wedding was held on February 26 on a Brooklyn pier. In attendance were reigning Hasidic leaders of the Pupa, Sanz, Klausenberg, Spinka and other dynasties, as well as Senator Chuck Schumer and other local male politicians.

The wedding was as enormous a display, and nearly as intricately staged, as the Super Bowl half time show. Boys costumed as fancy soldiers marched around a badchan in a choreographed number.

As her new father-in-law, the rebbe, danced holding one end of a long silken sash for the mitzvah tanz, and thousands of men and boys in the hall sang and swayed, the bride stood in the middle of the enormous dance floor:

Dressed in a poufy white dress with an equally poufy white headdress covering her from hairline to toe, the new Mrs. Halberstam stood stock still, looking more like a prop in someone else’s show than a bride at her own wedding. What must it have felt like to be the lone woman there, surrounded by so many men, when she has led a life without much contact with men other than those in her family? In keeping with the strict separation of the genders that has become the custom in Bobov and similar Haredi communities, the female guests celebrated the wedding in another building.

I hope that, as she establishes her relationship with her husband, she feels less like a wedding cake topper and more like an equal partner in building their new life together.