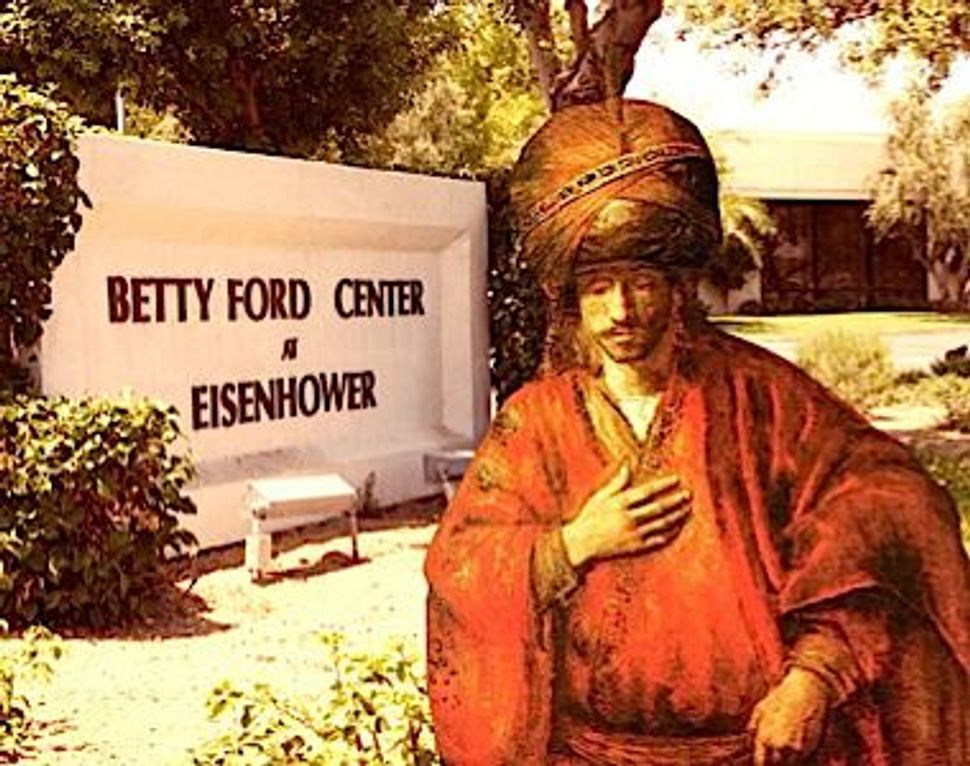 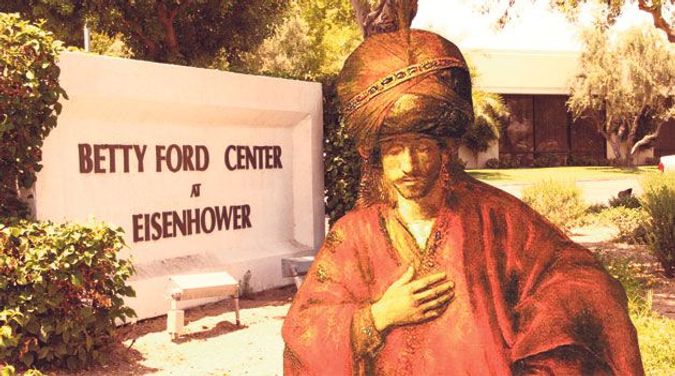 UPDATE The man whose three-cornered hat inspired millions of delicious cookies, is in rehab. Haman the Agagite was spotted Monday checking into the Betty Ford Center to be treated for his longstanding addiction to anti-Semitism.

He traveled from Persia, and through millennia, to seek help at the famed addiction treatment center in Rancho Mirage, Calif.

Haman says he was inspired by “Grey’s Anatomy” star Isaiah Washington, who went to rehab after making gay slurs on the set of the hit ABC show.

“Rehab’s not just for heroin addicts and alcoholics,” anymore, said HLN talk show host Dr. Drew Pinsky. “It’s also for hoarders with 72 cats and a living room so cluttered that you can’t find the grand piano. And it’s for bigots of all kinds — homophobes, racists, anti-Semites and Rush Limbaugh.

Haman, who attempted to have all of Persia’s Jews killed, back in the 5th century, B.C.E., is “the perfect candidate,” for Betty Ford. “If he puts his mind to it, he’ll be swooning over Natalie Portman in no time.”

Days after Haman checked into the clinic, the Mormon Church announced that it will seek treatment for its baptism addiction.

“Despite our promises, we have been unable to control our addiction to posthumous baptisms of non-Mormons. We now realize that our addiction is beyond our control, that we have hurt many people and religions that we love, and that we need help. We ask for your prayers, and for privacy, during this difficult time.”

“I think it’s a good move,” said author Elie Wiesel, who has criticized the Mormon Church for baptizing Holocaust victims. “I’m sympathetic — these guys don’t drink alcohol or caffeine. They don’t know how to handle addiction.”