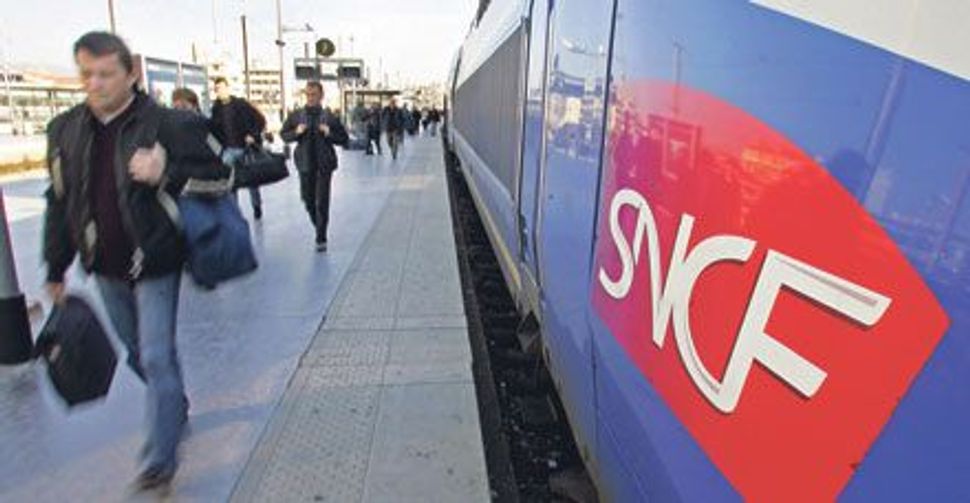 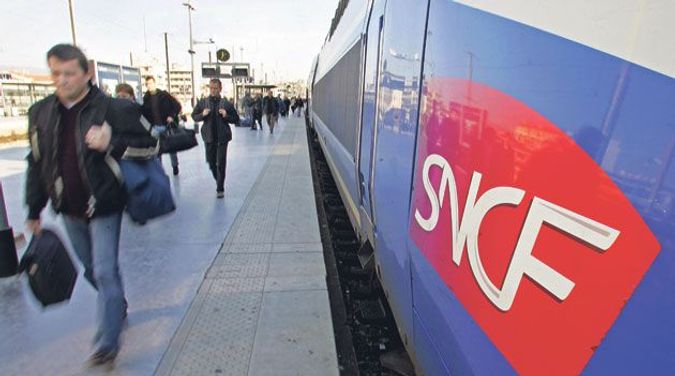 It can take 70 years for some French trains to run on time. And even then, you can’t rely on them. In February, French author Alain Lipietz reacted with scorn to the announcement that the SNCF, the French national railroad, intends to open its archives for the period of 1939–1945. He declared that the SNCF “is computerizing [only] those archives which it can and wishes to.” Lipietz’s skepticism has been hard earned over many years, part of the dramatic story of a longtime cover-up, as he explains in his latest book.

Images of French trains taking Jews to concentration camps have seared historical memory since the 1955 French documentary “Night and Fog.” In the summer of 1942, Nazis began the systematic deportation of Jews from Drancy, the internment camp in Paris. The SNCF billed the price of a third-class ticket for each of the 76,000 Jews it transported to Auschwitz in cattle cars.

Last December, media reports announced that some Holocaust survivors in Florida had succeeded in getting the state’s education commission to refuse a donation of $80,000 from SNCF America, the railroad company’s U.S. subsidiary, for a program focusing on France’s role in the Holocaust. The survivors persuasively argued that the SNCF has refused to pay reparations to victims. They further alleged that the SNCF’s attempt at a donation was merely a public relations ploy in order to secure billion-dollar contracts to build rapid trains in America.

The lure of these high-speed rail links has brought the SNCF within reach of American law. Although Austrian-born Arnold Schwarzenegger, then governor of California, vetoed legislation sponsored by California Assemblyman Bob Blumenfield that would have required the SNCF to fully disclose its role in transporting Jews to Nazi death camps, Maryland has since signed a similar law into effect. It is the first such law in America. Somewhere, the ghost of Lipietz’s father, Georges, must be smiling.

It was Georges Lipietz, a French civil engineer who died in 2003, and his half-brother Guy who first sued the SNCF for damages. In 1944, Lipietz’s family was transported to Drancy from Toulouse. After this, it was onward to concentration camps, where some of them were murdered. Ironically, Lipietz, born in Gdansk, Poland, had immigrated to France with his family in the 1920s to escape Polish anti-Semitism. Lipietz’s son Alain, an economist and former European Parliament member who was born in 1947, recently produced a vivid anecdotal account, “The SNCF and the Holocaust: The G. Lipietz Trial Against the Government and the SNCF.” (Les Éditions les Petits Matins, 2011) In it, he provides a passionate account of the trial and its background and aftermath.

Before 2001, a legal loophole made the French government and its agencies (such as the SNCF) immune from prosecution because they could claim that the “illegal” Vichy government forced them to transport Jews to their deaths under horrific conditions. The French government lifted this immunity in 2001, opening a path for Lipietz’s lawsuit as well as providing the possibility of a closer look at the SNCF’s wartime actions. As Lipietz points out in the book, from 1942 to 1944, about 75 convoys deported many thousands of Jews from France to be murdered in Eastern European death camps. During this time, only one French railway worker, Léon Bronchart, refused to work on these convoys. Yad Vashem would later honor him as one of the “Righteous Among the Nations” for this and for subsequent heroic Resistance activities.

What punishment did Bronchart receive from his bosses for his rejecting the assignment of transporting Jews to death camps? He was given a brief suspension and was docked his Christmas bonus. In short, it would have been relatively painless for SNCF employees to refuse to collaborate in the murder of Jews had any others so desired. Instead, as the elder Lipietz noted, they went out of their way to help the Nazis with sudden and, in some cases, unprecedented “misplaced relentless professionalism.” He added that in wartime, despite shortages of everything, “there were always trains available in France to deport Jews who had been arrested.”

Alain Lipietz echoes his father’s view, ascribing the SNCF’s actions to “inhumanity, opportunism, and misplaced professional devotion.” He cites a document from the winter of 1942–1943 in which a German railway official, noting that trains are in such short supply, orders deportations of Jews to be temporarily halted. An SNCF civil servant writes back that “local arrangements” can be made so that the all-important removal of the Jews can continue at the usual rapid pace. Lipietz also points to a plaque installed at the railway station of Clermont-Ferrand to commemorate the last convoy, on August 20, 1944, reminding posterity that even so late in the war, more than two months after D-Day, French railway personnel were still hurrying Jews out of the country when German troops no longer guarded railway stops to enforce such deportations.

The conditions of these transports were gruesome, in jam-packed wagons usually employed for livestock. From Toulouse, the elder Lipietz and his family were shunted to the Gare d’Austerlitz in Paris, a trip of 36 hours, without any food or water, an experience he later described as “how the SNCF turned us into cattle.” In June 2006, a French court ordered that the SNCF pay 61,000 euros to the Lipietz family, but this was dismissed on appeal in 2007 due to a technicality. In 2010, the SNCF bid for a $45 million contract to consult and advise on the construction of a new 800-mile high-speed railway in California. The same year, a self-serving, timely public apology for the SNCF’s wartime deeds was made by company chairman Guillaume Pepy, who made another such apology in early 2011.

Yet last year Blumenfield, the California lawmaker, reported that an SNCF representative told him firmly:

that ‘SNCF will never pay the survivors anything’ and that that (sic) the company ‘would rather not do business in California’ than take any such actions.

Rather than finally take responsibility for its role in the Holocaust and in the death of tens of thousands of people, and to finally pay the reparations it owes its victims, it appears SNCF has decided to do just the opposite. This type of conduct… is shocking and alarming.

Equally shocking is that in 2001, when the elder Lipietz finally filed suit, Guy insisted on being identified anonymously as “Guy S.” so that his family in today’s France would not be exposed to current Gallic anti-Semitism. As the lawsuits against the SNCF multiply, it is telling to recall the words of Georges Lipietz’s epitaph, which he wrote himself: “Having miraculously escaped from the claws of SS gangsters, [George Lipietz] never forgot the hundreds of little children who he saw disappearing towards a horrific death. He never forgave their Nazi executioners and especially not their heinous Vichy cohorts, whose zeal made such infamy happen.”

Now it seems as if much of the rest of the world, cannot forget. For years, as Alain Lipietz explains, many French people felt a kind of “filial piety” toward the SNCF, although that has been fading recently, after a series of strikes and related service problems. American Jews never felt any such devotion toward the SNCF, and they, much like Georges Lipietz, are persistently urging the French agency toward more transparency, against all the odds.