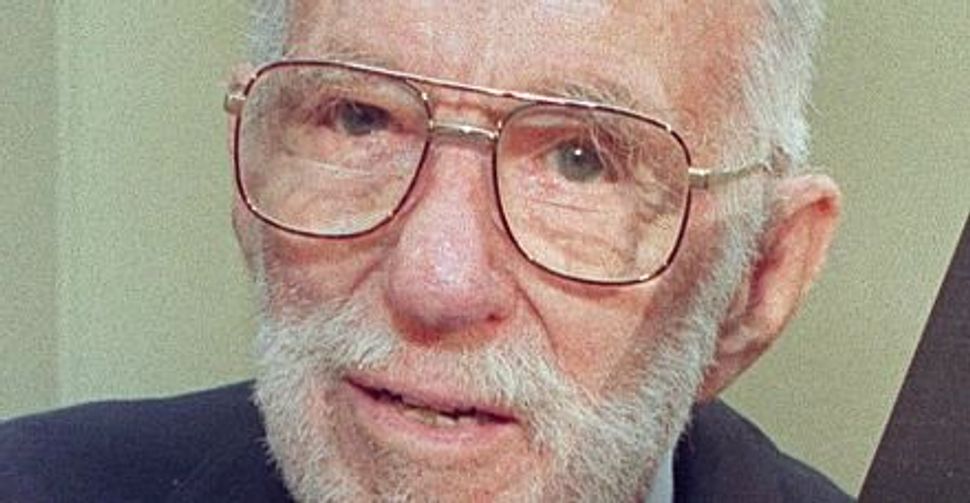 A few days after my husband and I brought home our newborn daughter from the hospital, she wouldn’t stop crying. Our 10-week pregnancy class had prepared us to give birth in a tub (which I didn’t) and to hire a doula (which I did), but not to change diapers or comfort a wailing infant. 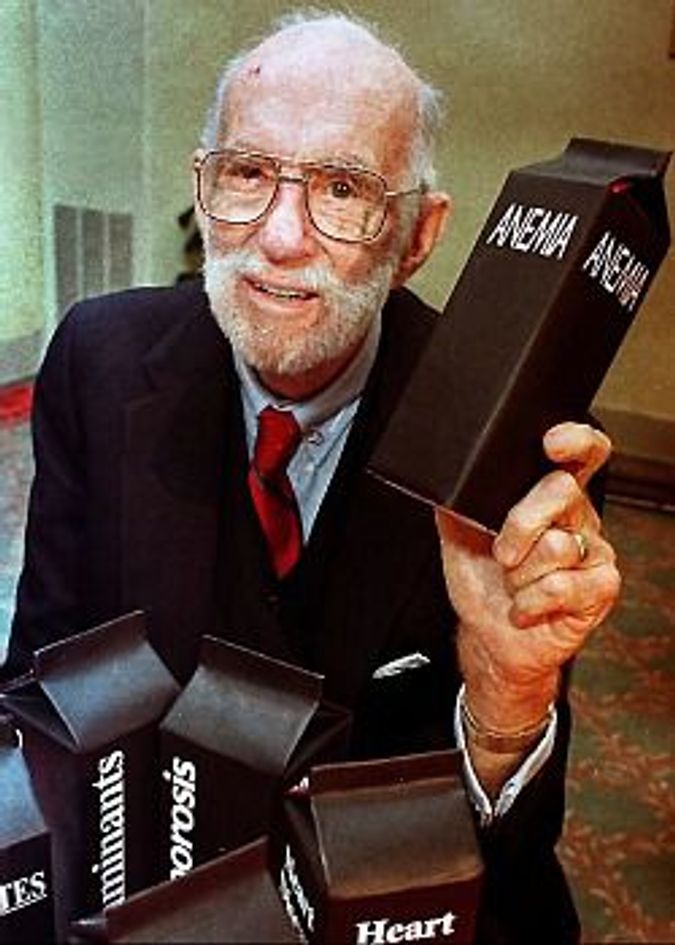 Spock and the Boys: Why are most baby ?how-to? books written by men like famed Dr. Benjamin Spock? Image by getty images

My husband picked up a parenting book — I believe for the first and last time — during one of those terrifying nights two years ago. The book looked something like a car manual, with drawings showing where to press and pull to make a baby stop crying. When I looked over in a sleep-deprived haze, I saw the book propped open on my husband’s lap. He had slid one hand under Mika’s tush and his other hand up to support her neck as he tossed her up and down. “This is the milkshake! Am I doing it right?” he asked. The approach clearly appealed to the kinds of people who like arrows, diagrams and instructions that are broken down into five steps.

Of course, we learned the hard way that the little stinkers don’t really come with manuals; they come with a lot of gear, strange yellow poop and the most amazing scent you’ve ever smelled.

Nonetheless, before our daughter was born I stocked up on all the parenting books I could find, even one by Playboy-bunny-turned-parenting-guru-and-autism-advocate Jenny McCarthy (though I very quickly gave it away). Owning the books somehow made parenthood feel more manageable

Our go-to book in the beginning was Dr. William Sears’s “The Baby Book: Everything You Need To Know About Your Baby From Birth to Age Two.” The attachment-parenting guru co-wrote the book with his wife, Martha Sears, a nurse. And while they share a byline on the cover, in practice the book appears to be written by William Sears with short anecdotal asides, in shaded boxes, by his wife.

Another favorite was a book by our pediatrician, a Jewish Frenchman named Michel Cohen who runs a network of pediatric offices in Manhattan and Brooklyn. The book — “The New Basics: A-to-Z Baby & Child Care for the Modern Parent” — is organized alphabetically, listing everything from Adenoids (glands behind the nose) to Ze End. (Get it? He’s French! This is the part where he sweetly tells readers to trust our intuition, though 100 pages back he tells us to let our babies cry it out at four months. Or is it two months?)

Like most parents of my generation, now in our 30s, I was raised on Dr. Spock. His book “Baby and Child Care” was first published in 1946 and has since sold more than 50 million copies. Its pages offered a kinder, gentler way of raising children, one that appealed to parents in the 1970s. Of course, it’s not surprising that a man wrote a book of this kind, as there was only a sprinkling of women in the medical profession at the time.

But today the statistics tell a different story. Between 1980 and 2010, the number of female physicians increased 547%. According to the American Medical Association, in 2010, the most recent year for which statistics were available, nearly 30% of all physicians were women, and 45% of all residents and fellows were women.

Which is why I was surprised in January when the ninth edition of “Baby and Child Care” was published, with a new update written by — wait for it — another man, Dr. Robert Needlman.

This is all to say that it’s shocking to me that while the world of childrearing (and definitely childbearing) is still mostly considered the domain of women, the books my friends and I read “instructing” us on how to do it are written by men. It’s a bit like how most of the top chefs in the world are men even though women do most of the cooking in the home. It’s not that these books are bad, but it seems curious that we treat these male doctors like our rebbes.

Of course, you could argue that female doctors still do most of the heavy lifting at home. Dr. Kimberly Noble is an assistant professor of pediatrics at Columbia University’s Gertrude Sergievsky Center. She speculates that “female pediatricians may spend a greater proportion of their time raising their own children, relative to their male counterparts. Thus… they may be left with less time for extracurriculars, like book writing.”

The real irony, of course, is that men don’t even read the baby manuals; it’s the women for the most part who read them. So why aren’t the women writing them?

My pal Rose points out that baby manuals, written mostly by men, focus on how to do things correctly, like those diagram-heavy car manuals, whereas child-rearing books, written mostly by women these days, are self-lacerating chronicles of doing it wrong, or at least not as well as Asian Tiger mothers or cry-it-out French mothers.

Perhaps I shouldn’t be surprised. As any mother can tell you, the first thing you learn when you have a baby (and this starts with the birth itself) is that things never go as planned. You rarely get the baby you expect. You rarely feel the way you expect to feel or think you should feel.

And as much as we all yearn for guidebooks, manuals or tiny gum wrappers with the answers to the quiz scrawled on them, the horrible, scary truth is that there really aren’t any. There’s no guaranteed way to get from point A to point B. And I think maybe moms intuitively understand that better than men.