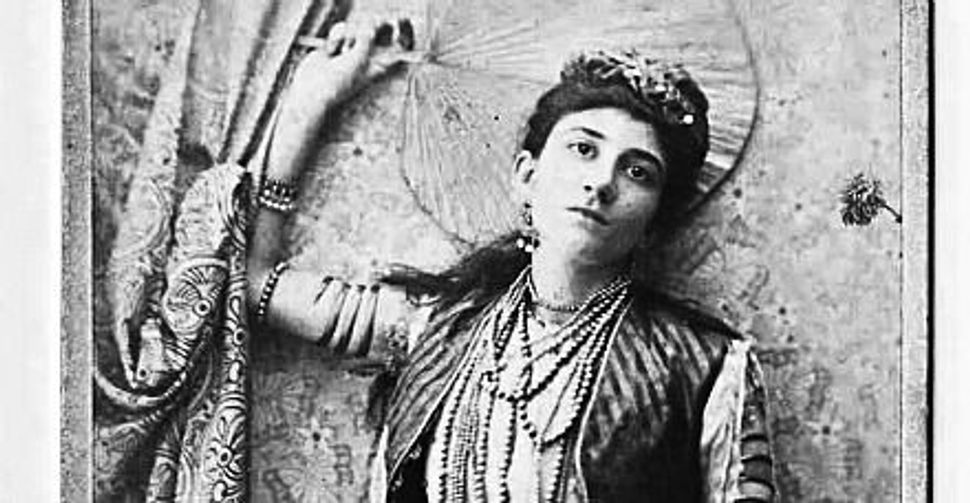 Image by courtesy of the sassoon family

In an era when women were not permitted to vote, when marriage was the only vocation that proper girls were encouraged to pursue, when doctors linked too much “brain work” to nervous disorders and infertility in women, Rachel Beer challenged Victorian conventions of womanhood. As the editor of two influential British broadsheets, The Sunday Times and The Observer, it was her perpetually ink-stained hands that produced some of the most incisive editorials of the late 19th century. It was also her scoop that would help clear the name of Alfred Dreyfus, the French–Jewish military officer infamously framed for treason. 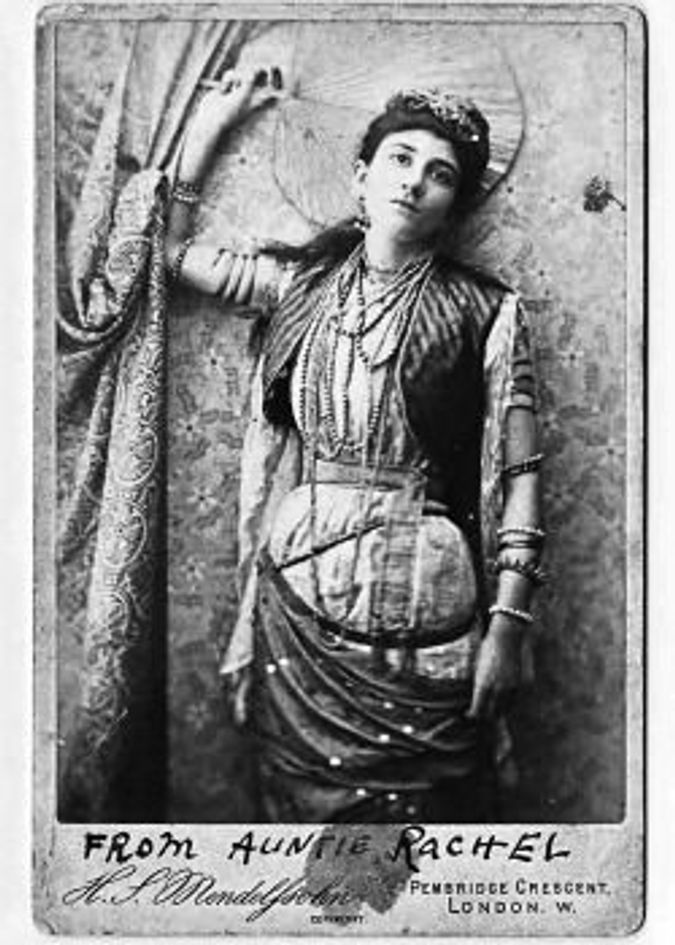 Rachel Beer Image by courtesy of the sassoon family

The Beers counted Members of Parliament among their friends, and they frequently hosted private concerts and charity benefits inside their ornate London manse. But by the time Rachel Beer died in 1927, at age 69, the campaigning “editress” had been relegated to obscurity. Not even The Sunday Times, which Rachel had run for the better part of a decade, published her obituary.

With their absorbing new biography, Eilat Negev and Yehuda Koren — a writing team with a penchant for rescuing fascinating women from the dustbin of history — restore Rachel Beer to her rightful place in the annals of journalism. (Assia Wevill, Yehuda Amichai’s translator and Sylvia Plath’s rival for Ted Hughes’s affection, was the subject of their 2006 biography, “Lover of Unreason.”) In their latest collaboration, “The First Lady of Fleet Street: The Life of Rachel Beer — Crusading Heiress and Newspaper Pioneer,” Negev and Koren have turned out the first definitive account of Beer’s life, work and dramatic decline.

“The First Lady of Fleet Street” is a remarkable work of scholarship. But, perhaps because Rachel rarely wrote about personal matters and left behind no diaries, the book provides few clues into her emotional life: her ambitions, marriage, friendships and mental status toward the end of her life. It draws heavily on the editorials she wrote and on the history of the wealthy Sassoon family, into which she was born on April 7, 1858.

Rachel Sassoon was the only daughter of trading scion S.D. Sassoon and his wife, Farha. For centuries, the Sassoons were among the most prominent Jewish families in Baghdad, and they claimed to trace their roots to King David. In the 1830s, the family patriarch, David Sassoon, left Baghdad and settled in Bombay, where he accrued an immense fortune supplying China with cotton, metals and opium.

Rachel was still a toddler when her father moved the family to London. S.D. Sassoon “set out to be a Jew at home” — the family was Orthodox and spoke Judeo-Arabic — “and an Englishman in public.” Before he died of a heart condition in 1867, when Rachel was 9, S.D. applied for a coat of arms and purchased Ashley Park, a sprawling country estate.

Farha raised their four children, Rachel and her three brothers, at Ashley Park. At the piano, Rachel showed great musical promise, but honing her skills at London’s Royal Academy of Music was out of the question. “In affluent families like hers, playing an instrument or holding a brush were merely respectable pastimes for a woman, not potential careers,” Negev and Koren write.

Rachel thought better than to marry for anything but love and rejected “hordes of suitors.” A “stay-at-home daughter” and volunteer nurse, she was pushing 30 by the time she married Frederick Beer, a newspaper proprietor whose family wealth, made in railroads and submarine telegraphy, dwarfed her own. Although the Beer family had deep roots in Frankfurt’s Jewish ghetto, Frederick was born to a gentile mother and baptized in the Anglican tradition. The family broke ties with Rachel over her marriage to a non-Jewish man and her own conversion to Christianity.

Frederick had inherited The Observer from his late father and, while Rachel had no journalistic experience to speak of, she “was brimming with ideas for the paper, most of them stemming from her desire for social change.” When she clashed with members of the editorial staff, Frederick purchased Rachel a newspaper of her own. In 1894, Rachel became the editor of The Sunday Times. She wrote crusading editorials, conducted probing interviews for her “Witness Box” column and introduced into the paper’s pages games, contests and other amusements. Two years after she took the helm at The Sunday Times, with Frederick’s health in rapid decline, Rachel added to her workload her husband’s duties at The Observer.

It was during her tenure there that The Observer broke the story that Major Charles-Marie-Ferdinand Walsin Esterhazy had admitted to forging the memorandum that was used to convict the Jewish army officer Alfred Dreyfus of treason. Esterhazy recounted the story to Rachel and to the newspaper’s Paris correspondent. He agreed to write his confession in The Observer in exchange for 500 pounds for his “journalistic efforts.” But when Esterhazy reneged, the ever-fearless Rachel published his account, based on his verbal confession. It would take years before Dreyfus was retried (and again convicted), and years more before he was pardoned and readmitted into the French army, but The Observer scoop surely helped build momentum toward that end.

For Rachel, the Dreyfus Affair “underscored her view that an activist press was not only desirable, but necessary,” Negev and Koren write.

The anti-Semitic fervor exposed by the Dreyfus Affair strengthened the argument for a Jewish homeland. The Observer was early to note the significance of the movement to create “a Jewish autonomous state in Syria.” Rachel was skeptical of the idea. She not only feared it would “disrupt integration” and whip up allegations of dual loyalty, but also objected because it would require the Jews to strike a deal with the Ottoman Turks. “It is to be hoped, at any case, that the Jews in England are not so anti-Christian as to be bribed by any offers of land in Palestine for their convenience with the extermination that is taking place of the Christian Armenians,” she wrote in an 1896 Sunday Times editorial. 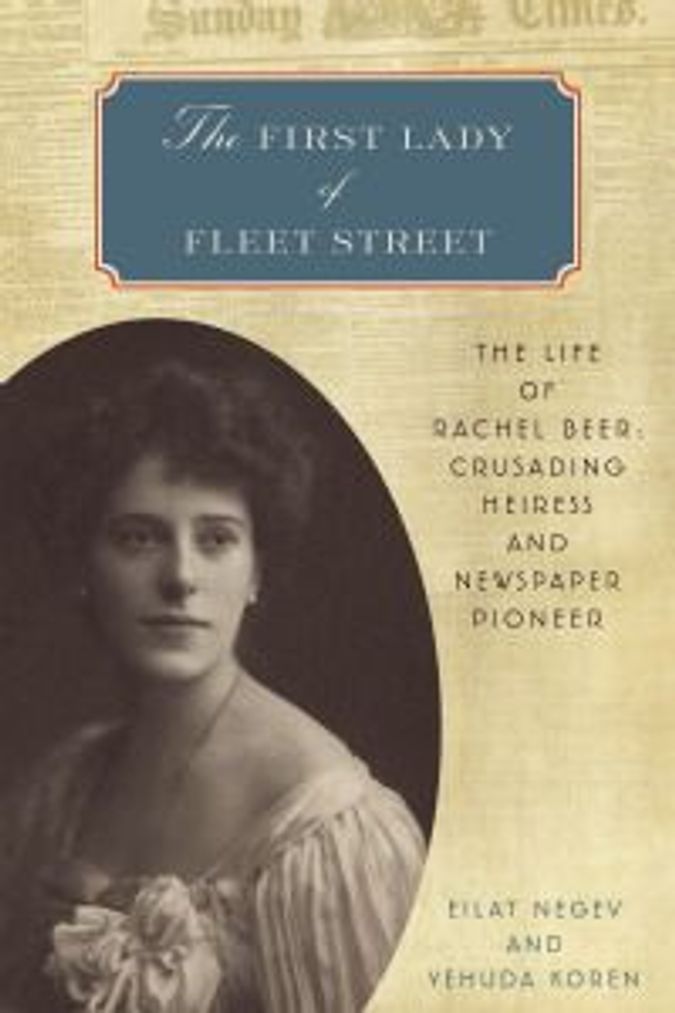 The new biography of Rachel Beer Image by Bantam

Staunchly progressive, she took up the cause of the poor, the weak and the disenfranchised, and proposed creative solutions to Britain’s challenges. In her leaders, accompanied in The Sunday Times by the header “The World’s Work,” she called for the creation of unemployment insurance and pensions for the aged. She proposed balloon rides for tuberculosis patients in need of fresh air and, in a satirical outburst, called on easily spookedcarriage horses to “overcome their neurotic tendencies,” so that they might share the road with automobiles, of which she was a big proponent.

More centrally, she returned, again and again, to the status of women. She backed universal suffrage but argued that women could not afford to limit their advocacy work to the expansion of voting rights. “It was Victor Hugo who said that the nineteenth century is the woman’s century,” she told a group gathered at the Women’s International Congress in 1899. “At the root of the whole question lies the demand for the right — no, not to vote — but to labour and to receive adequate pay for work done.”

And she understood that women’s entrance into the workforce needed to be accompa nied by a shift in domestic expectations. “Few among women can be lover, mother, gourmet, saint, brilliant conversationalist, a good housekeeper, mistress, companion and nurse all at the same time,” she opined. “Men expect too much.”

“The First Lady of Fleet Street” doesn’t divulge the inner workings of Rachel’s own marriage. But Frederick’s death, from tuberculosis in 1901, would plunge Rachel into a state of chronic grief. Her behavior grew more erratic and her now infrequent editorials less coherent. “The hectic world of journalism, which demands curiosity and empathy for other people’s miseries, became unsuitable for a woman who had lost all interest in life,” Negev and Koren write.

In her sadness, others saw madness. Since the Beers had no children, Rachel’s estranged brother Joseph invoked the state’s Lunacy Act. He had Rachel examined by the family’s doctors, who in 1903 declared that “Rachel Beer is a person of unsound mind, and that she is not sufficient for the government of herself, her manors, messuages [sic], lands, goods and chattels.” Even as Rachel remained banished from her family, for the decades-old crime of marrying outside the faith, the court appointed Joseph to manage Rachel’s financial affairs — selling off the Beers’ newspapers and artwork to support his sister in her convalescence.

It’s hard to know if Rachel suffered from psychosis or just a broken heart. She was never reevaluated, and she didn’t challenge her diagnosis. Rachel spent the remainder of her days — some 25 years — living in the countryside, accompanied by her devoted nurse. She played the piano and gave generously to local charities. Her life, however, bore little resemblance to that of the productive editor, who employed powerful invective in an effort to change the lives of women, Jews and the working poor.

Gabrielle Birkner is the Forward’s director of digital media, and the editor of The Sisterhood blog.