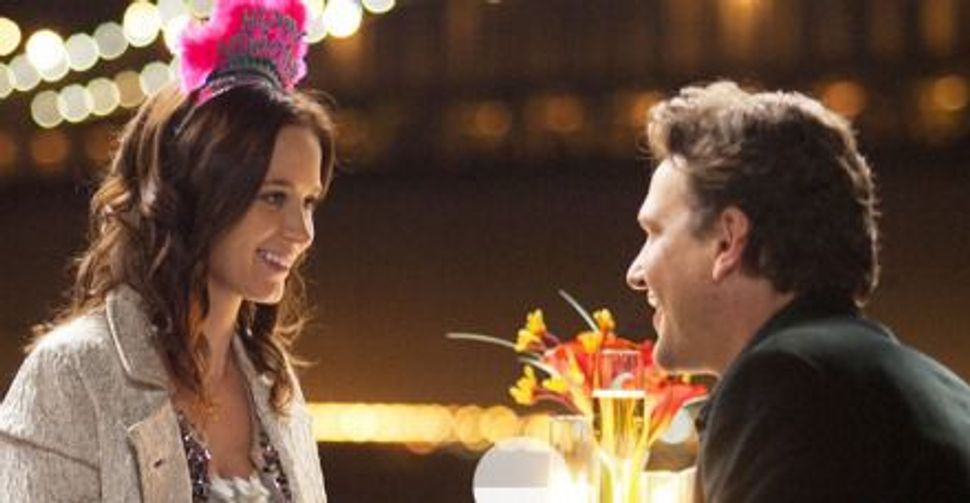 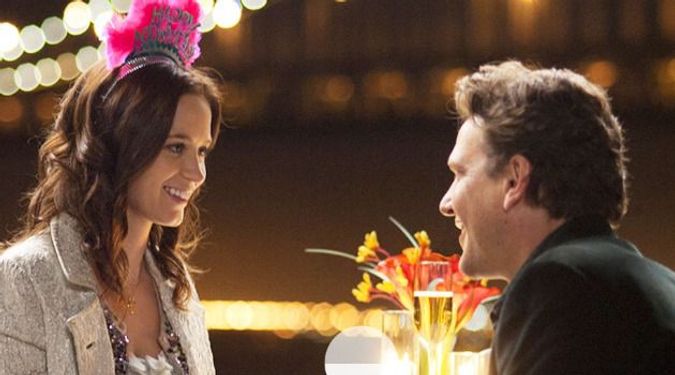 ‘You’ve made me, like, the happiest girl alive!” Jason Segel’s character, Tom, gushes to his fiancé, Violet (Emily Blunt), in “The Five-Year Engagement,” which Segel co-wrote with director Nicholas Stoller, his writing partner for “The Muppets.” The latest in the Judd Apatow-produced comedy oeuvre, “Engagement” follows the couple’s bumpy road to nuptials, and feels like the final nail in the coffin of the American male.

Take Tom, the goofy, lumbering overgrown puppy dog of a boyfriend/fiancé/ex-boyfriend/re-fiancé. He’s joking, mostly, when he tells Violet that he’s the “happiest girl alive,” but it’s a perfect summary of the film — and, indeed, of most of the characters Segel writes for himself. In his relationships, he plays the stereotypical woman’s part.

In his breakout role (after being discovered by Apatow for the TV series “Freaks and Geeks”) in “Forgetting Sarah Marshall,” Segel’s girlfriend breaks up with him while he’s naked, unemployed and depressed, and he spends much of Act II bawling his eyes out in Hawaii and trying to get Sarah back from the arms of her oversexed rock-star boyfriend (Russell Brand). In TV’s “How I Met Your Mother,” Segel plays lawyer Marshall Eriksen, a professional so in love with his college sweetheart, Lily Aldrin (Alyson Hannigan) — and so similar to the kindergarteners she teaches — that he’s always losing arguments to her.

In “Engagement” Tom gives up his job as a chef in San Francisco to follow Violet to Michigan, where she’s going to do a psychology postdoc at the university. Not that there’s anything wrong with someone following a significant other for a relationship — women do it all the time. But according to “Engagement,” here’s what happens when the roles are reversed: Tom can’t find a job as a chef (all his interviewers in Michigan laugh at him for leaving The City of Love and Good Food), so he takes a lowly job as a sandwich presser, which causes his ego to plummet. He gets depressed, turns into a slightly unhinged Mountie hick in oversize hand-knit reindeer sweaters and ruins their relationship (much the way his stalled career in “Forgetting” made Kristen Bell dump his naked arse, which is also on view in “Engagement,” when Tom cooks Violet breakfast in an apron and little else).

It must be said that Tom is Jewish — with a sweet buttinsky of a mother and a nebbish father (played by the diminutive David Paymer of “City Slickers” fame, prompting the question of how he could have produced the 6-foot-4-inch Tom) — and Violet is Catholic. This makes for one interesting interfaith scene where Tom’s parents and Violet’s parents each want their own religion’s wedding:

Violet: Um, it is our wedding, Pete, and I mean seeing that everyone’s going to be wearing “yarmulkes” (she mutters the last word in an aside) —

Tom: Well, actually only the men will be wearing “yarmulkes” (he repeats her muttering).

Violet: Well, I never heard you say the word “yarmulke” until today…

Tom: I, excuse me, I say yarmulke all the time —

Violet: You don’t have a yarmulke!

Tom: I have a whole…it’s in my… Jewish drawer!

Segel has admitted that in real life he does have a “Jewish drawer,” which he opens only for the High Holy Days. And the drawer is a perfect metaphor for Tom’s — and Segel’s — Jewishness: It’s kept off to the side, a peripheral, quirky characteristic, useful as back-story or as fodder for one-liners but little else. To wit: The fact that Violet is Christian and Tom is Jewish is not at all an impediment to their very, very long engagement. Throughout their move to the Midwest, their respective job changes, their mutual dalliances and their intermittent breakup, Tom’s faith never features. In fact, during one of the couple’s breakups, Tom’s parents take him out for lunch to chastise him for giving up Violet. (What Jewish mother shoves her son at the non-Jew?)

But perhaps that’s more of a reflection of Segel’s own Jewish identity. Raised in Los Angeles by a Christian mother and a Jewish father, Segel attended Episcopalian grade school followed by Hebrew school. He had the requisite bar mitzvah and, like many in Hollywood, considers himself “culturally Jewish.”

And that’s how many of today’s modern film and TV characters are written. Take Rachel Berry (Lea Michele) and Noah “Puck” Puckerman (Mark Salling) of “Glee,” or the Botwins of “Weeds.” These are Jewish characters Version 2.0. They’re not the overly neurotic and nebbishy Woody Allen/Ben Stiller types, with the indecision and deliberation that many find amusing (and some find annoying). A circumcision does not feature in a single episode, like it would in “Seinfeld” or Larry David’s “Curb Your Enthusiasm.”

But there’s still something so very Jewy about all of Segel’s characters, even if Tom’s the only one who is officially a Member of the Tribe. Segel’s characters — like Paul Rudd, another Apatow leading man — are sweet and pliant. The pernicious stereotype of Jews as being incapable of manliness is not-so-hidden behind the sensitivity and articulate engagement of today’s culturally Jewish screen characters. They’re acquiescent, they’re spineless. They are whipped.

The whipping is not carried out, thank the Lord, by your stereotypically overbearing Jewish ball-buster of a woman, but by their own menschiness. That is their characters’ journey: to learn how to stop being so nice that they become doormats. Because modern (non-Jewish?) women don’t like doormats. Sarah Marshall and Violet don’t respect a man who gives up everything for a woman. (Unlike, say, Minnie Driver’s Long Island-y Second Mrs. P in the 2010 film “Barney’s Version,” starring Paul Giamatti.) Today’s woman isn’t exactly sure about what she wants, but she’s pretty sure it’s not a man who wears pajamas all day and cries.

After Tom and Violet hit rock bottom, he moves back to San Francisco, where he starts his own food business, thus reclaiming his masculinity. Segel has repeatedly said that he is “the least masculine man in Hollywood,” so Tom’s reclamation of his cojones isn’t much — it’s not like he’s wrangling cattle à la “City Slickers,” or even going on a drinking/hooker bender like the “real” WASPy men of “The Hangover” (featuring Bradley Cooper as a goyish poster boy) — but it’s enough for him to get back Violet, which is the only thing he wanted all along.

Amy Klein is a writer. Find her work at www.KleinsLines.com