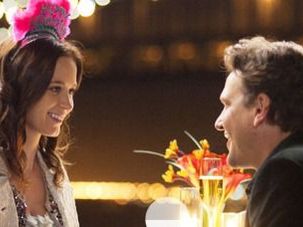 SUMMER FILM: There’s still something so very Jewy about all of Jason Segel’s characters, even if Tom’s the only one who is officially a Member of the Tribe. 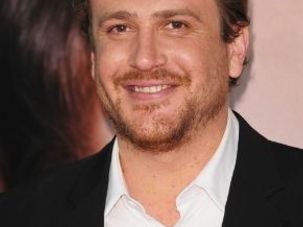 Jason Segel has been very into sharing lately. He’s a sensitive and communicative guy, but it might also have to do with generating publicity for his new movie, “The Five-Year Engagement.” The film, which Segel, 32, co-wrote with director Nicholas Stoller, tells the story of an interfaith couple (he’s Jewish, she’s Christian) whose wedding plans keep getting delayed. Segel plays the male lead, and Emily Blunt, 29, plays his fiancée.