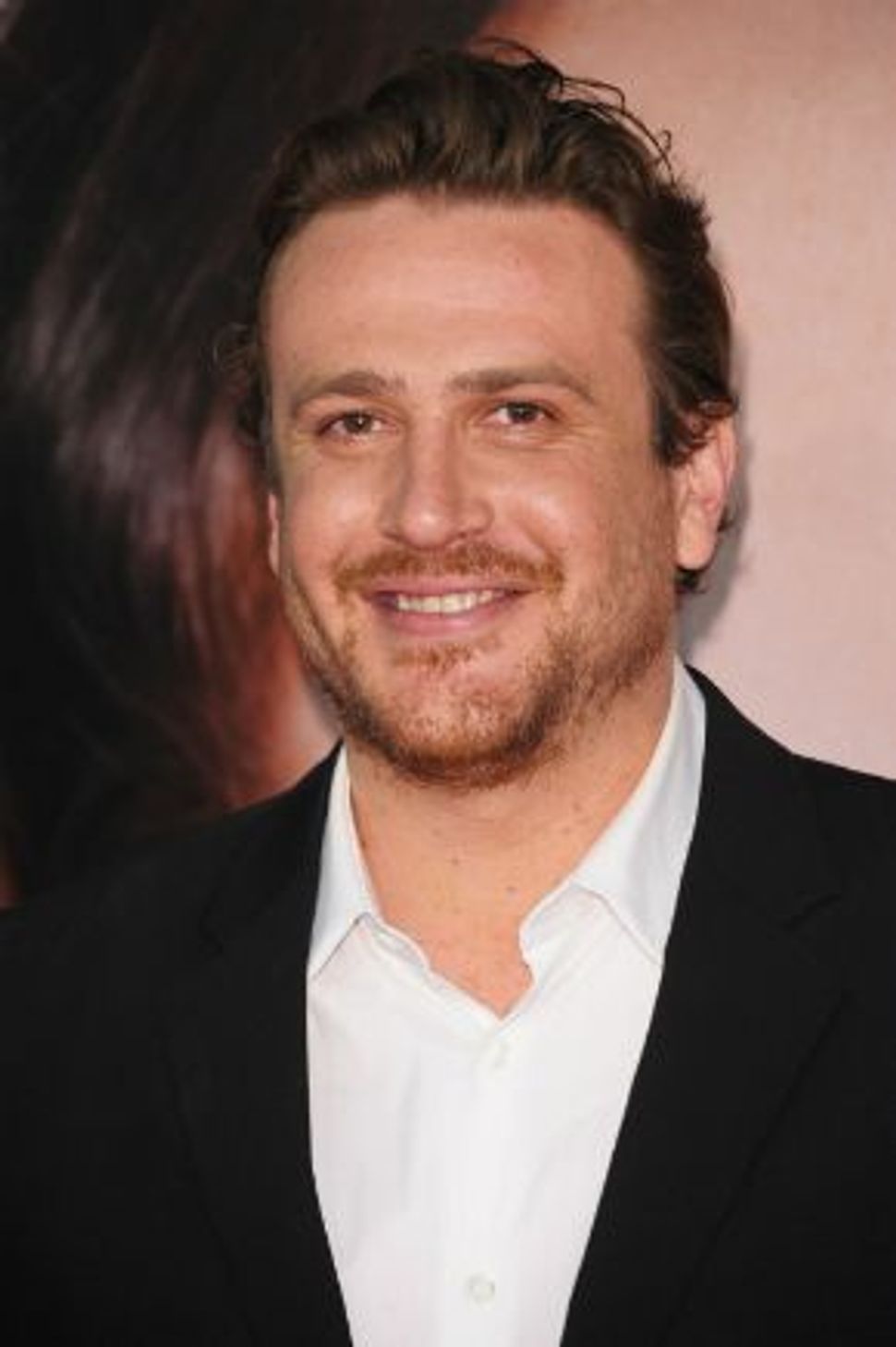 Jason Segel has been very into sharing lately. He’s a sensitive and communicative guy, but it might also have to do with generating publicity for his new movie, “The Five-Year Engagement.” The film, which Segel, 32, co-wrote with director Nicholas Stoller, tells the story of an interfaith couple (he’s Jewish, she’s Christian) whose wedding plans keep getting delayed. Segel plays the male lead, and Emily Blunt, 29, plays his fiancée.

First, Segel told David Letterman on Monday that he was forced to lose 35 pounds for the movie. Known for having one of the — if not the — least toned bodies in Hollywood, Segel said that he had to lose the weight to make it convincing that a woman as beautiful as Emily Blunt would find him attractive. “I was told that it had to be conceivable that Emily Blunt would ever choose me to be her husband, which is fair,” he suggested.

To get into shape and shed the weight, a trainer came to work with him twice a day on the set. His food intake was also monitored. “I didn’t enjoy it,” Segel admitted. He apparently cheated on his diet by sneaking extra food as the cameras were rolling. He plays a chef in the film and “I would pay my co-stars nominal amounts of money to mess up their lines during the scenes so I would get to keep eating,” he joked.

Segel’s recent conversation with the Jewish Journal, on the other hand, struck a different mood. Recalling his religious upbringing, the actor explained that he grew up in an interfaith home. He attendend an Episcopal school during the day and a Hebrew school in the afternoons. Segel, who had a bar mitzvah (catered by Wolfgang Puck), said, “I actually have a pretty thorough religious education. It’s a lot of guilt — guilt from all sides.”

He shared, in all seriousness, that it was painful to not fit in well in either religious setting. The exclusion he felt “really informed who I became as a person. You either become misanthropic or you become funny. I went with funny.”

Although he doesn’t consider himself religious, he does identify culturally as a Jew. He has a “Jewish drawer” at home in which he keeps all his Jewish ritual paraphernalia. “It’s like where my tallis and stuff are, which I only open on the high holidays,” he said.