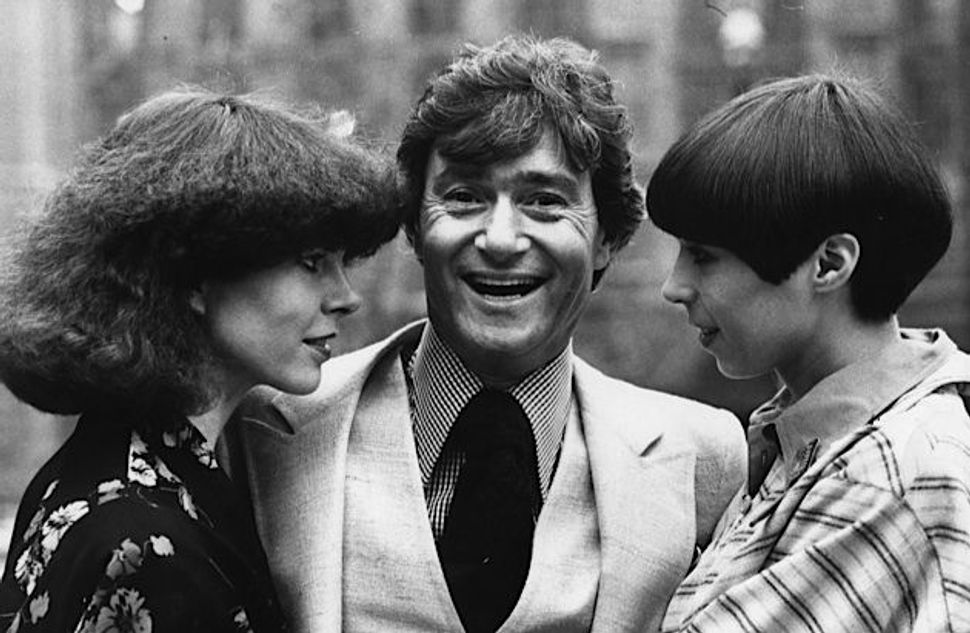 Hair Today: Vidal Sassoon, center, with two of his clients, in 1975. Image by getty images

The hairstylist Vidal Sassoon, who died on May 9, reportedly of leukemia, was more than just a fashion legend. Born in London in 1928 of Ukrainian-Greek Jewish background, Sassoon created an architectonically geometric updating of the short women’s haircut known as the “bob” for such 1960s celebrities as the English model Twiggy, dress designer Mary Quant, and actress Mia Farrow. These design prototypes are still highly influential today.

In recent interviews, Sassoon referred wryly to how the current high priestess of fashion, Vogue’s Anna Wintour, and the tween pop singer Justin Bieber both sport unauthorized adaptations of his signature styles. Yet unlike the bob, an adaptation of a Paris style developed around the end of World War I known as “la garçonne” (the “boyish girl”), Sassoon’s achievement was not merely to liberate or emancipate women. Based on his own experiences growing up as a Jew in anti-Semitic England, Sassoon created hair visually appropriate for a symbolic tribe of women warriors. 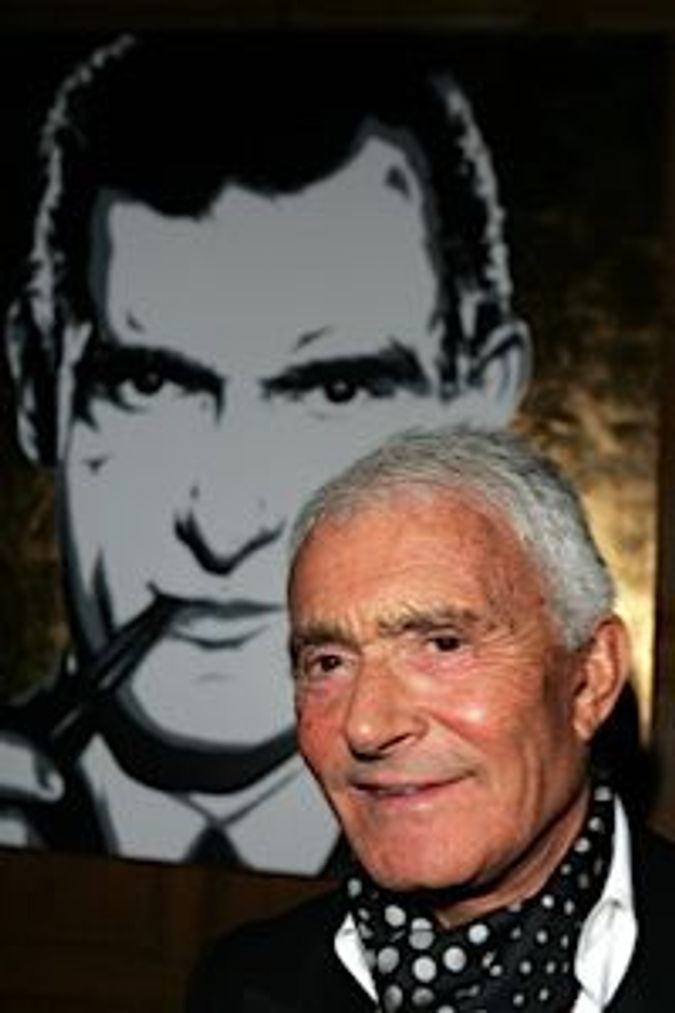 Dapper: Sassoon in his later years. Image by getty Images

As revealed in the 2010 documentary “Vidal Sassoon: the Movie” released last year on DVD from Phase 4 Films, and last year’s “Vidal: The Autobiography,” (Macmillan) this bellicose inspiration may have been due in part to the fact that there was nothing boyish about Sassoon’s life, not even when he was a boy.

At age 5 Sassoon was sent to the Spanish and Portuguese Jewish Orphanage in Maida Vale, London, after his father had abandoned his mother. After seven years, he was able to rejoin his family and at 14, he was apprenticed to an East End wigmaker, Adolph Cohen of Whitechapel, who provided local Orthodox women with their “sheitels.” This Dickensian beginning instilled a fierce fighting spirit in him, as well as a sense of commercial realities. Although passionate about architecture — Sassoon later claimed to have been inspired by designs in the Bauhaus spirit — he resigned himself to shampooing the hair of Cohen’s clients as his only realistic career option.

The real revolution in Sassoon’s sensibilities came at age 17, when he joined the 43 Group, which was formed by Jewish ex-servicemen who returned from combat after World War II to find that London was still rife with public events by supporters of Fascist anti-Semites, such as the notorious Oswald Mosley. This Fascist-smashing 43 Group — named after the original number of its members — was somewhat successful in tamping down the postwar public flowering of UK Fascism by those who were disappointed by Hitler’s defeat.

An anti-Fascist fighter with a day job as a hairdresser, Sassoon was certainly aware of the style example set by Hollywood icon Ingrid Bergman in the 1943 movie “For Whom the Bell Tolls.” In it, Bergman played Maria, an anti-Fascist Spanish guerilla with a much remarked-upon short-cropped hairdo. Although Bergman’s style was technically termed a “bubble cut” rather than a “bob,” the lesson for young Vidal was clear: strong women fighters must be given shields of low-maintenance hair to enhance their abilities.

This knowledge came in especially useful after the full news of the horrors of the Holocaust reached Sassoon and the rest of London’s East End. His reaction was to make aliyah in order to join the Palmach, the elite force of the Haganah, the Jewish paramilitary organization in British Mandate Palestine. As Sassoon told The Jewish Chronicle: “I wasn’t going over [to Israel] to sit in an office…. I thought if we don’t fight for a piece of land and make it work, then the whole Holocaust thing was a terrible waste.”

Sassoon’s feisty descriptions in his autobiography of Israeli battlefield experiences make the book read in parts like the memoirs of a retired foot soldier, not anyone involved in the arts world. Although Sassoon returned to England to help support his mother, his experiences in the Holy Land remained an indelible part of his existence, inspiring his creative life. As Sassoon added to The Jewish Chronicle

The sense of what we’d done [in Israel’s armed forces] gave me an enormous confidence, and I really felt as if I belonged. And, funnily enough, it gave me a feeling of belonging in London, too. Or belonging anywhere: this is our world, that kind of thing.

Working intensely and launching tireless publicity campaigns about his style innovations in the 1950s and ’60s, Sassoon eventually managed to make the then-stylish beehive hairdo look outmoded. By doing so, he created what English fashion maven Hilary Alexander called in a memorial tweet the “most radical hair shift since 1920’s.” Yet despite his all-consuming career, Sassoon never forgot his early London experiences combating Fascist thugs. In 1982, he established the Vidal Sassoon International Center for the Study of Anti-Semitism at the Hebrew University of Jerusalem.

And the Center’s attempt to understand and historically document anti-Semitism has borne fruit. The Vidal Sassoon International Center’s noteworthy series of publications include Deborah Lipstadt’s “Denying the Holocaust: The Growing Assault on Truth and Memory” (Free Press,1993); Cesare De Michelis’s “The Non-Existent Manuscript: A Study of the ‘Protocols of the Sages of Zion’”; and Vadim Rossman’s “Russian Intellectual Anti-Semitism in the Post-Communist Era,”, both from the University of Nebraska Press.

It is in such volumes, and a lifetime of devoted concern for defending the Jewish people, that the real legacy of Vidal Sassoon will remain, whatever hairdos Anna Wintour or Justin Bieber may be wearing next year.