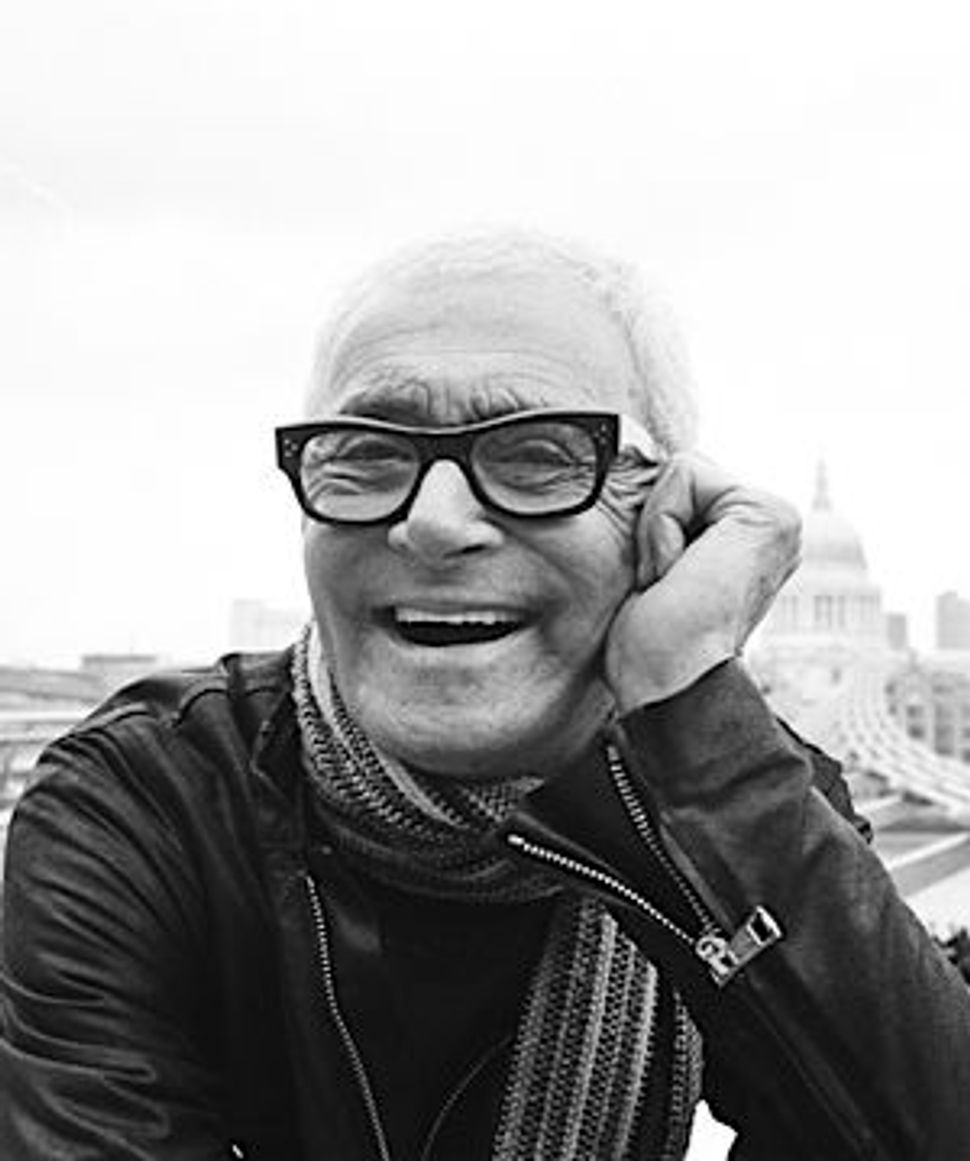 There is a Vidal Sassoon most people know: the famous hairdresser who built an empire of beauty salons, hair care products and beauty schools. If you’re of a certain age, you may remember his television commercials, featuring a young, good-looking guy gently running his fingers through a model’s gorgeous hair, saying: “If you don’t look good, we don’t look good.”

But there is another Vidal Sassoon as well, one that doesn’t conform to the common image of stylists: a child who was placed in an English orphanage when only five years old; a man who became part of the 43 Group, Jews who went around breaking up Fascist rallies in post World War II England; and a warrior who went to Israel in 1948 and joined the elite Palmach unit.

Both these Sassoons were on the phone last week, reminiscing about a life well lived and largely hidden from his adoring public. The 83-year-old has done a lot of reflecting lately, in part because he wrote a memoir just published in England, and has participated in a flattering documentary about his life, “Vidal Sassoon: The Movie,” which opens in New York February 11 and expands nationally thereafter.

Sassoon’s father left the family when he was about three years old, leaving them destitute. Evicted from their apartment, Vidal, his mother and younger brother, Ivor, moved in with a widowed aunt, who had three children of her own. There were seven people in a two-room tenement. “The kids slept on mattresses on the floor,” Sassoon said. “But if you don’t know any better, you’re still a happy kid.”

Even in retrospect, Sassoon claims the worst part of that experience was getting up in the middle of a freezing night to head down the hall towards the floor’s communal bathroom. “I always hoped that someone had just come off there and kept the seat warm. Otherwise, it was a freezing experience,” he recalled.

Needless to say, this was an unsustainable arrangement. In part because of the anti-Semitism prevalent in England at the time and in part because she was religiously observant, Sassoon’s mother turned to the local Jewish authorities to put up Vidal and Ivor.

While it wasn’t exactly Dickensian, it wasn’t easy, either. He could see his mother only once a month, and the daily trek from the orphanage to his public school meant a potentially dangerous journey through a playground where anti-Semitic youths frequently waylaid them.

“We had to look out for ourselves, which we did pretty well,” he said.

But there were more good moments than bad. Sassoon recalled the warmth of the synagogue and the Shabbat service and singing in the choir. Also, “There was a Master, a Mr. Mendoza. He was in his 50s, and he played football with us — soccer — and he was wonderful in giving us advice. You could see him alone and talk to him. He gave us wonderful lessons, how to look after ourselves and be kind.”

During the Second World War, Sassoon was evacuated to the countryside, and it wasn’t until the war’s conclusion that he returned to his family. It was then that he decided he would become a hairdresser.

“When I came back to London, my mother said she had this extraordinary premonition that I should be a hairdresser. I said ‘Momma, I want to be a soccer player.’ My mother said, ‘you’re not that good.’ I hardly combed my own hair. She said, ‘No, I’m taking you down to Adolph Cohen, the best hair dresser in the (Jewish) district.”

Cohen waived the usual fee for apprentices and took Vidal on. He was a shampoo boy who scrubbed cuticles and didn’t think he had much future in the business.

“I wasn’t anything special or better than the others. I didn’t even know I wanted to be in hair. Frankly, the only thing that kept me there was all the great looking girls who walked in. I was a kid of 15. My hormones were raging. It was perfect for me.”

Soon, however, a problem arose. With the war over, Nazi sympathizers like Oswald Mosley were released from jail and started holding Fascist rallies. A group of Jewish war veterans — “43 shtarkers” Sassoon called them — got together. They decided they could not rely on others; they’d have to fight this battle themselves. They asked for volunteers, and Vidal signed on.

“I was just one of the extras,” Sassoon recalled. “The real tough guys were the ex-paratroopers.” Still, Sassoon got his share of bumps and bruises — and dished some out as well.

This all served as a precursor for what came next. “My mother was one of the strongest Zionist I ever knew, she realized very quickly after the Holocaust that the only way to have a true sense of belonging, whether they live in Israel or not, is to have a place like that to go to just in case. History tells us we can’t trust anybody.”

Sassoon went, signed up with the Palmach, and saw action taking and holding an important hill to keep an essential road open. He would have stayed longer, but he received a telegram from his mother. She’d remarried and Sassoon’s stepfather had a heart attack. He needed to return immediately.

Sassoon was now the family’s sole means of support, and knowing little else he went back into the hairdressing business. The rest, as they say, is history. He eventually went to work for Raymond, a well known London stylist at the time, and slowly developed a style of his own.

His specialty was creating styles that fit the customer’s face, geometric cuts instead of just piling hair haphazardly on women’s heads and spraying it into place. He became known for these easy to maintain styles, putting them on everyone from Nancy Kwan to Mia Farrow.

In the end, Sassoon at least in part credits his experiences in Israel for his success. “When it was all over, five armies had been beaten and nobody knew how, and that gave me the sense that there’s nothing out there you can’t conquer if you have the will and morale to do it properly,” he said. “I came back feeling I could do anything.”

Watch the trailer for ‘Vidal Sassoon: The Movie’: