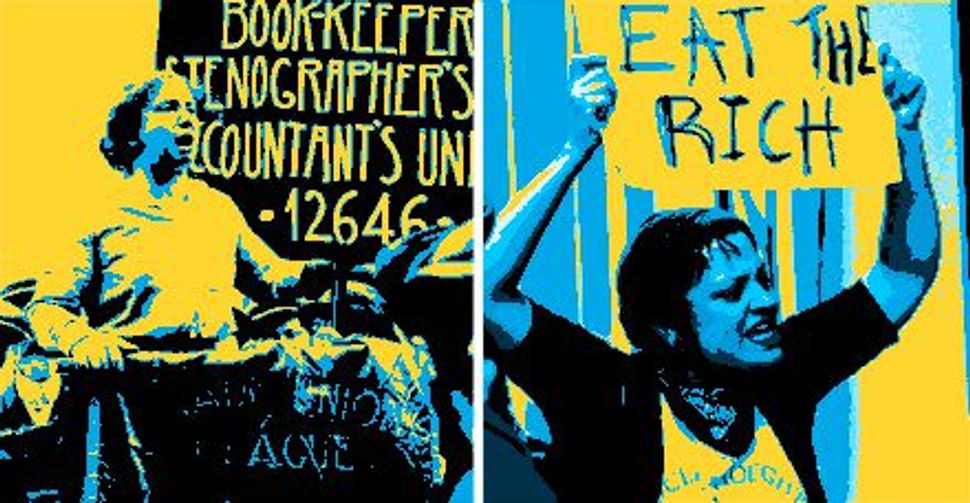 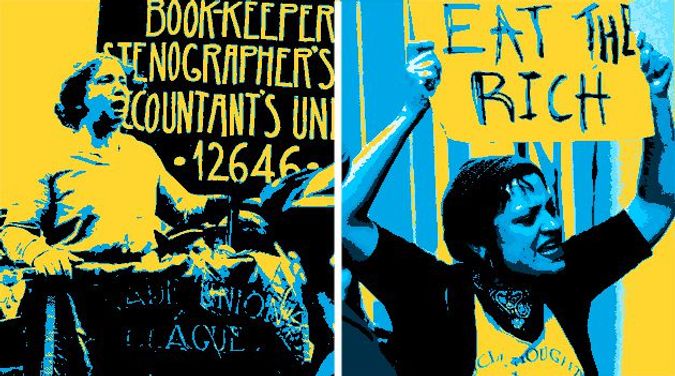 These triumphs and tumults make up the heart of a new exhibit that opened on May 4 at the Museum of the City of New York. “Activist New York” tells the tale of the city’s change-makers as a love story, a tribute to everyday denizens who stand up and speak out. It provides snippets from more than 350 years of New York activist history, focusing on 14 episodes and using a set of interactive tools that connect the city’s past to its present.

In 1943, a plan to raze Manhattan’s Gas House District got a green light, clearing the way for Stuyvesant Town, a 72-acre housing project that would straddle the streets between East 14th and East 20th. The Metropolitan Life Insurance Co. development promised affordable housing amid landscaped greenery, made possible by a 25-year tax exemption from the city and the controversial use of eminent domain. Applications flooded in, mainly from white veterans. Among the many objections New Yorkers brought forward as the red brick buildings rose was the “No Negroes” policy. It took nearly a decade of organizing, picketing, court battles and direct action before the city-in-a-city reversed its policy, thanks in large part to the efforts of such groups as the National Association for the Advancement of Colored People, the American Civil Liberties Union and the American Jewish Congress.

It wasn’t the first time Peter Stuyvesant’s name was tied to denying civil rights, or that Jews acted alongside others to expand them. From the get-go, New York Jews joined Quakers, Lutherans and Baptists to fight for religious tolerance and “to agitate and expand their rights — to own property, engage in trade, and serve in the military,” according to the exhibit’s wall text. In 1654, the governor of the Dutch colony tried to expel the city’s first two Jews. Asser Levy’s 1677 property deed stands testament to Stuyvesant’s failure, and in the exhibit it can be found near the original Flushing Remonstrance, a 1657 landmark document that protested religious restrictions against Quakers.

These two historical episodes illustrate how activists, by building movements beyond their communities, gained power and impact for generations to come.

As a native New Yorker committed to social justice since my teens, I found it revitalizing to stand face to face with the details. Small items such as letters, photographs, posters, videos, news clippings, medals and pins show how New Yorkers pushed our nation to do better not just through the big changes, but also through the many tiny ones. Before laws change, ideas must gain momentum, and New York has been a gateway for many of those ideas.

Women’s faces and legacies are often sparse in history exhibits. Yet that’s not the case in “Activist New York,” which highlights the actions of women who made it easier for everyone to live a life of dignity in America. There’s Lillian Wald, founder of the Henry Street Settlement and the Visiting Nurse Service of New York. Wald made headlines in the late 19th and early 20th centuries with the ambitious settlement movement, which sought to alleviate poverty by addressing its underlying causes. Settlement workers lived in the communities they served, and brought health care, education and social services to the people who most needed them, including the immigrants of the Lower East Side.

The signatures engraved on a silver platter given to Wald — displayed in the exhibit near a list of German-Jewish philanthropists and potential donors — are a who’s who of the movement. Many of those activists went on to shape child care, housing and labor laws during the New Deal.

The exhibit also honors an immigrant named Rose Schneiderman, the first woman to sit on the national board of a union. (She is perhaps best known for saying, “The woman worker needs bread, but she needs roses too.”) And there is Clara Lemlich, the 23-year-old Jewish organizer whose 1909 speech set loose the Uprising of the 20,000, an 11-week strike of women garment workers that was the largest strike of women to date.

There are many ways to define activism, and “Activist New York” takes a broad approach. “Activism does not just take the form of public protests and noisy demonstrations, but can be expressed in art, behind-the-scenes organizing, direct action, political lobbying, publishing, education, fundraising and a variety of good works,” the exhibit’s introduction reads. Or, as chief curator Sarah Henry, the museum’s deputy director, put it, it’s “whatever ordinary people are doing to make the city better.”

Of course, not everyone agrees on what “better” looks like. The exhibit is explicit about how New Yorkers have come down on both sides of most issues, including abolition, suffrage and civil rights. There’s also a section on conservative activism that highlights Commentary, the magazine that became synonymous with Jewish neoconservatism. “Activism,” Henry stressed, “doesn’t belong to any particular point of the spectrum.”

Beyond trying to be fair, “Activist New York” connects the dots to real-life, real-time New York City activism. On one of the gallery’s four main walls, recent photographs of activists in action are projected, and visitors can send in their own photographs. When I visited, there were already photos of May Day marches, along with pictures of Occupy demonstrations, a New York Taxi Workers Alliance banner on Great Jones Street, a presentation at Demos and bike advocates at Prospect Park. There are interactive “Meet the Activists” kiosks where visitors can engage with groups focusing on contemporary issues, like workers’ rights and immigration, and visitors can also nominate organizations to be added to the “Meet the Activists” lineup.

Today, there’s a sense of growing collaboration and cohesion among New York’s Jewish activists that includes synagogue-based organizing and increasingly connected networks, both online and in person. Take a look at the long lineup of organizations co-sponsoring Inside the Activists’ Studio with Pursue: Action for a Just World — a May 20 event featuring presentations, workshops, networking and a showcase of opportunities for action — and you’ll see a who’s who of Jewish social justice organizations.

On May 7, the last group on that list, Uri L’Tzedek, the New York-based Orthodox social justice organization, celebrated a successful two-year campaign against Flaum, a Brooklyn-based kosher company that finally accepted a $577,000 settlement to pay workers for wage theft and other labor violations. It’s a great 2012 case study not just in ethical consumerism, but also in how collaborative organizing, perseverance and creative partnerships can lead to activist wins, better hummus and a little bit more justice in the city.

Our American narrative is one of opportunity, open shores and the American Dream, but our history has been shaped and reshaped by citizens and activists who chased their ideals from the ghetto to the halls of power, transforming a city and setting precedents for a nation. “Activist New York” does something exciting: It shines a spotlight on these everyday New Yorkers while reminding us that our activism is already a part of living history. Right now.

Erica Brody is a native New Yorker and Brooklyn-based freelance writer, editor and strategist. Follow her on Twitter @ebrody.