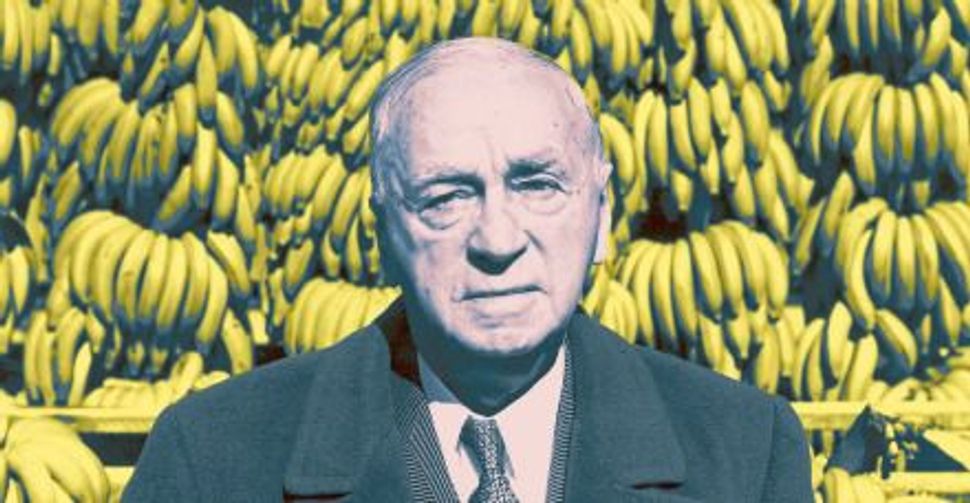 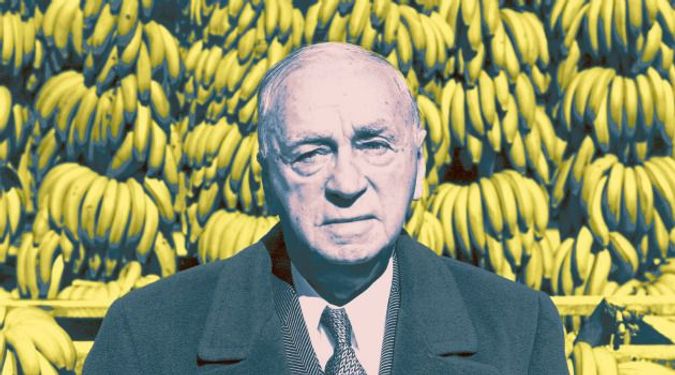 Rags to Riches: Sam Zemurray grew up poor Russian Jewish immigrant. He got into the fruit business and would up involved in all manner of global intrigue. Image by getty images

The Fish That Ate the Whale: The Life and Times of America’s Banana King
By Rich Cohen
Farrar, Straus and Giroux, 288 pages, $27 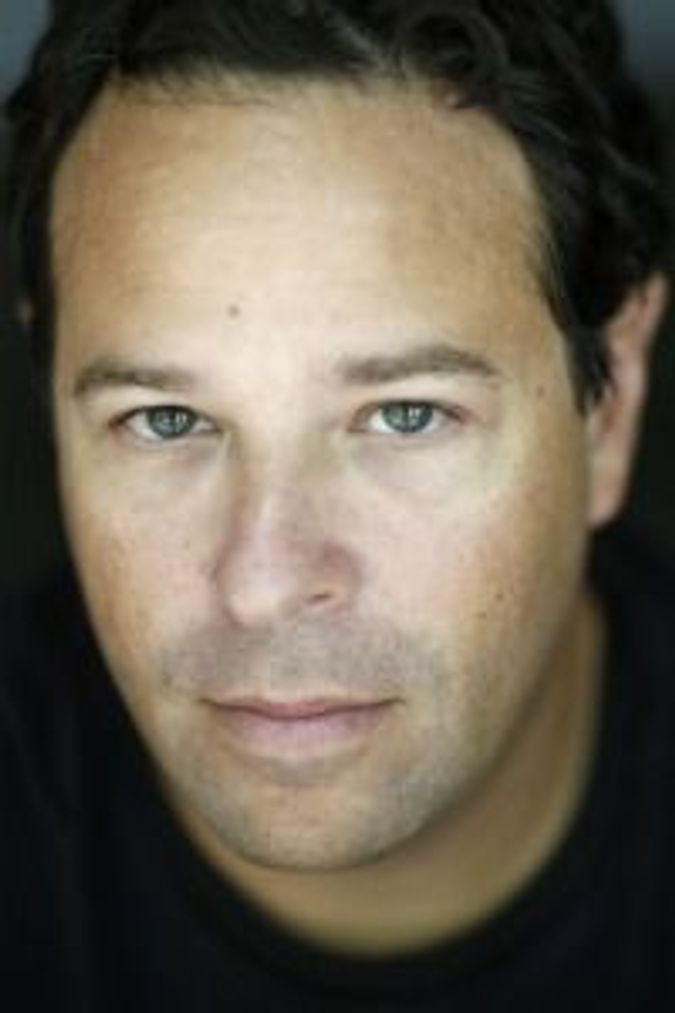 The cover of Rich Cohen’s engrossing tale of the life of Sam Zemurray shows a banana sprouting from Zemurray’s head like a big curved penis. If you accept that analogy, then Zemurray’s head occupies the position of a lone and scrotally wrinkly testicle, and you have to feel for that testicle, which seems to be sustaining the towering erection above without the help of its wonted companion.

I say what I learned from Cohen more in sincerity than in derision: Sam Zemurray really was that testicle. He was a font of rugged masculinity, a warrior, a “tough Jew,” as Cohen likes to say. He was, according to Cohen, “a berserker, who says, ‘if you’re going to fight me, you better kill me.’”

Zemurray began with nothing. He was a Russian-Jewish immigrant from the shtetl. He peddled cast-off bananas in the American South, played the game of chicken with every enemy and problem, and eventually helmed the largest fruit conglomerate in the world.

Along the way, he overthrew the sovereign government of Honduras (in 1911), possibly had Huey Long killed, leveraged the United Nations votes needed from Central and South America to pass Resolution 181 (which acknowledged Israel’s independence) and overthrew the sovereign government of Guatemala (in 1954), unintentionally inspiring Che Guevara and Fidel Castro to communist revolution.

With his nimble narrative journalism, Cohen makes a convincing case that the somewhat obscure Sam Zemurray was in fact a major figure in American history. Cohen does so with a prose briskly accented with sights, sounds and smells, and invigorated with offhand wisdom about the human journey through life. What’s rarer about Cohen’s style is his skill with metaphor. His are apt and concise, but they’re also complex. 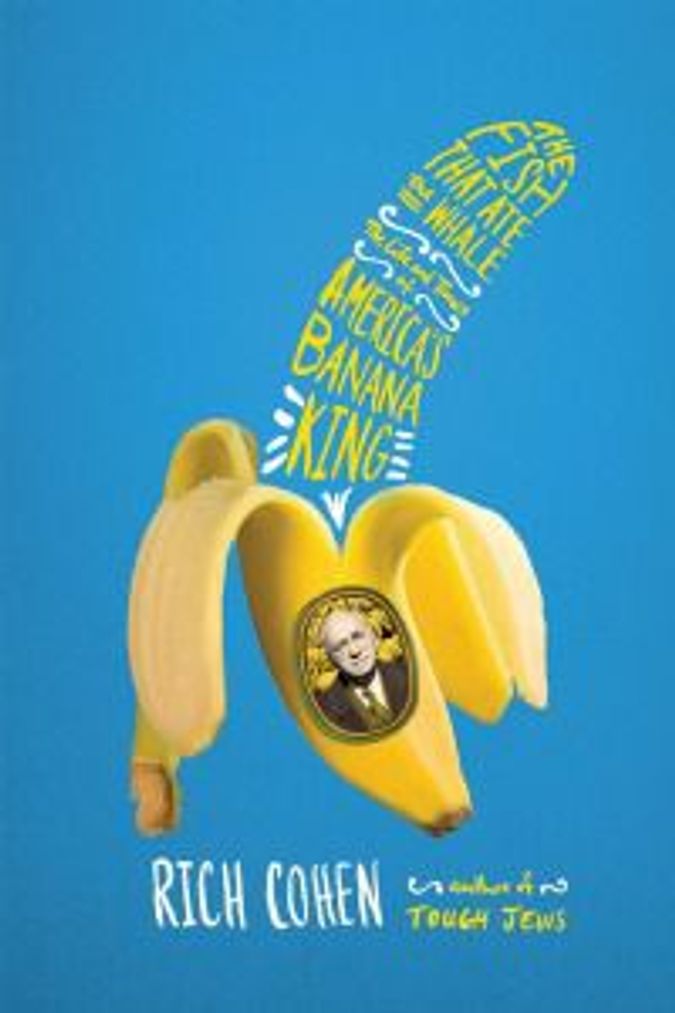 Sam Zemurray’s bellicose personality suited him to bananas, and not only because of their scimitar shape and their associations with lower-order primates. The metaphor is more interesting than that in Cohen’s hands. The hugeness of the banana business, Cohen explains, corresponded to an underlying smallness — on the dual levels of agriculture and psychology. It seems that bananas, like Jews, are extremely perishable. The fruit ripens and rots if you look at it the wrong way, so storms can devastate the crop, and any delays on its long supply routes can ruin it as marketable produce.

Zemurray and others took size and strength as the anodyne against the banana’s fragility. They bought more plantations; they brutalized their competitors and detractors. Is this not also the comfort that Jews take in Israel? After centuries of vulnerability from exile, ostracism and genocide, the Jews consolidated their numbers and, for the first time since antiquity, raised an army. Does the correspondence between susceptibility and martial strength in fact lie close to the aching heart of masculinity itself?

Cohen raises the implicit question but is too wise to answer it directly. (I’m not. The answer is yes.) He does, however, anatomize the history of the 20th-century banana trade in terms of different responses to human vulnerability.

There are men of action and there are men of words: The contrast between them is a sort of shadow narrative in “The Fish That Ate the Whale.” Of that berserker Sam Zemurray, Cohen writes: “If he does not say much, it’s because he considers small talk a weakness. Wars are not won by running your mouth.” At one point, when describing the backbreaking labor of clearing the Honduran jungle, Cohen seems to side with the men of action against his own kind, writers. He notes that it’s easy to sit in an office and write about such work with a pen, and another thing entirely to do it with a machete.

The sentiment is that of a character from Shakespeare’s “Richard III”: “Talkers are no good doers.” Those words, however, spoken as they are by one of the Duke of Clarence’s murderers, bear a layer of irony. The audience sympathizes not with the murderer, but with his victim, the duke, a renowned wordsmith who delivers one of Shakespeare’s most beautiful speeches. And ultimately, Cohen’s narrative, like Shakespeare’s, implicitly favors the talkers over the doers.

At the end of Cohen’s story, impetuous doers such as Zemurray not only cede the moral high ground, but also live to witness the terrifying power of the talkers: men like Edward Bernays, the inventor of modern public relations, who could manipulate the most powerful government on earth, and Joseph Goebbels, who could manipulate the most vicious of mobs. Cohen notes that Pablo Neruda’s poetic assault on Zemurray’s United Fruit Company helped loose the revolutionary spirit of Che Guevara. “Zemurray, who defeated the jungle with the sweat of a hundred thousand workers,” Cohen writes, “was, in part, undone by forty-two lines of poetry.”

Zemurray’s Latin American misadventures helped breed inflammatory rhetoric that led all the way to the Cuban missile crisis and nearly beyond that into World War III. Fortunately, the world’s leaders ultimately retained the lessons of kindergarten and used their words. On moral grounds both high and low, the talkers carried the day. If some level of this book proposes a contest of Cohen vs. Zemurray, then the win goes rather unambiguously to Cohen; to paraphrase Edward Bulwer-Lytton, the pen is mightier than the banana.

Austin Ratner is a Sami Rohr Prize winner for “The Jump Artist” (Bellevue Literary Press, 2009). His forthcoming novel, “In the Land of the Living,” will be published in 2013 by Reagan Arthur/Little, Brown.