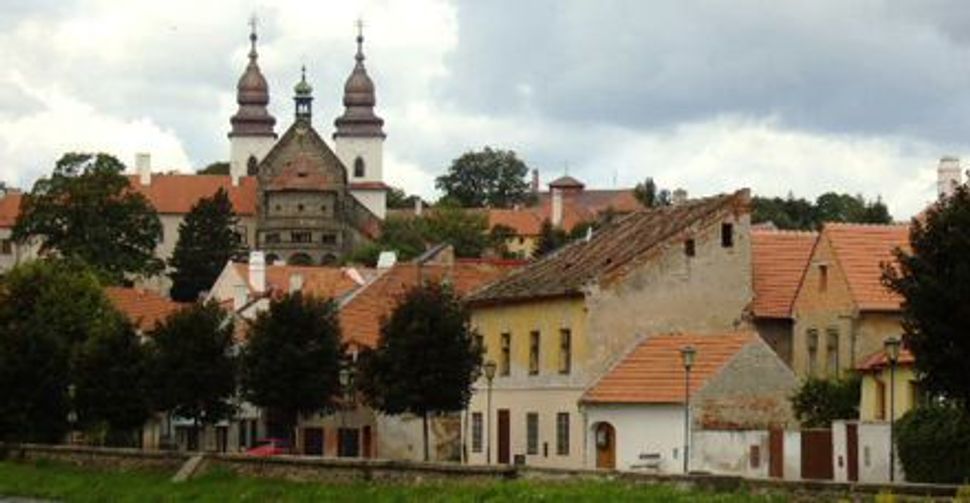 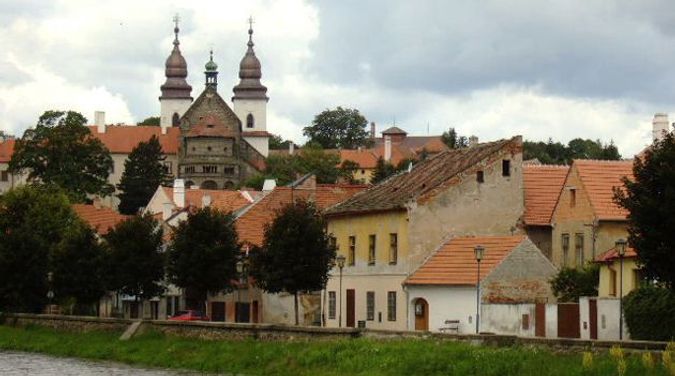 Pavel Fried was born in the village of Třebíč, Czechoslovakia, in 1930. Fried lived a middle-class Jewish life; he was in the midst of preparations for his bar mitzvah when his family was deported to Terezin. In the camp, he told interviewers from the Vienna-based oral history project Centropa, he had a secret ceremony. Pavel and his parents both survived, but his sister and her husband weren’t so lucky.

Fried was one of nine Jews who returned to live in Třebíč after the war. He never left, and today he is the chairman of the Jewish community of nearby Brno. He has held the position since 2004, during which time he has been instrumental in organizing Shamayim Třebíč: Jewish Culture Festival, a celebration of Czech Jewish life and music held each July.

A festival might seem a peculiar choice, given all the lives that were destroyed. But festivals — of which there are now several — are key to understanding both what was lost and what remains. They are a way for local and tourist alike to delve further into that all-but-vanished world.

We have all read our Isaac Bashevis Singer; we know of a time when the cities and hamlets of Eastern Europe were filled with Jews: peddlers and rabbis, mansions and shtetls, glorious synagogues and rundown heders. Religious and secular, wealthy and poor, Jewish life in Eastern Europe was an entire world of architecture, of religious jurisprudence, of literature and music. We have been told how Yiddish civilization was destroyed, and we are curious.

Mostly we expect something like Spain — buildings that once sheltered a community, Hebrew carved in the wall, a depression in the doorframe where a mezuza once was hung. Perhaps here, however, we will find a handful of elderly people who still remember and can tell us what life once was. We know we’ll find cemeteries that are, in best-case scenarios, kept clean by an aging member of the community, sustained by foreign donations. Often the worst-case scenario is true instead: cemeteries lost in forests or buried under parking lots.

In the years since communism crumbled, descendants and relatives of those Jews who survived — and even those who did not — have come back, searching, wondering. They look for the Hebrew on the walls. They beat their breasts and rage at Auschwitz and Terezin, at the ghettos, at the sites of mass graves. There is no shortage of tours offering to help us reclaim our heritage, to facilitate tears. In America they come with names like Momentum and Arza. French scholars recommend the well-regarded French-run tour company called Valiske.

Tours can be organized for ordinary groups or those with specific needs: They can outline where the ghetto walls stood, where the synagogue once was or where it can now be found; they can explain if there are still services there, or when the last one was held. With them, we can stand where Jews were assembled for deportation, or on the exact site where they were murdered. Some have a political bent. The March of the Living, for example — the tour that has taken teens to Poland and then on to Israel since 1988 — emphasizes the loss of life, and the uplift of the Jewish state. But there are so many tours these days that it can be hard to know where to look, how to choose.

Maybe the way to decide is to go where a cultural festival has taken root, to listen to life in these cities and towns. Like the work of Centropa, which documents, through photographs and oral history, Eastern European Jewish life both before and after the Holocaust, these festivals would like us to see Jewish culture in Eastern Europe not only as something decimated in the killing fields of Ukraine or the gas chambers of Auschwitz, but also as something revitalized in recent years. That’s where Fried, and others like him, comes in.

The annual Jewish Culture Festival in Krakow, now in its 22nd year, is a hub of such cultural rebirth. Founded by Janusz Makuch, a non-Jewish Pole born well after the war, the festival is held annually over a 10-day period at the end of June and beginning of July in the heart of what was once Jewish Krakow. It is not a festival of tears.

“We will never forget that Poland is the largest Jewish cemetery in the world,” David Grossman, a reporter for The Canadian Jewish News, told a conference in Toronto earlier this year. Krakow itself once was once home to 70,000 Jews; now there are a mere 300. “What we’re doing is a festival that looks beyond the trauma. It’s about life and reflects thousands of years of history, but also concentrates on today. We move forward building on the wonderful contemporary Jewish music — the cantorial and the Sephardic, the Hasidic guys and the punk rockers, dancing and performing.”

More than 150 performers from around Poland, Europe and the world are expected to play this year, and some 20,000 people will attend. Many, if not most, are not Jewish by birth or descent; instead they are Poles and Europeans learning about the culture that flowered in the years before the war, a culture that many Poles now celebrate. “I have heard people ask how we can do something like this when not far away we had death camps,” Makuch said. “How much can we focus on what we have lost? With our youth, we now celebrate Jewish culture and study song, dance and bring Jewish life back to a country that almost saw it disappear.” That means music and literature that stretches back to the origins of the Polish-Jewish community, but it also means disc jockeys and modern dance, Israeli music and modern literature.

A trip to the Krakow festival can easily be accompanied by a trip to Auschwitz. The Guardian, last year, called it the “most prominent symbol of an apparent [Jewish] rejuvenation in the shadow of the Holocaust.” And that mix may be appropriate.

The Třebíč Jewish Festival is not nearly so big as Krakow’s, but it is set in a town that has fabulously preserved architectural Jewish heritage. Nestled in an area once known as Southern Moravia, about two hours from Prague by car, Třebíč and nearby Brno have a well-organized online presence that allows tourists to arrange their own tours of towns that had a Jewish history stretching back to the early 14th century. Together with the annual music festival, this is a region of the Czech Republic that enables visitors to experience the past in the present.

The Třebíč Jewish Quarter was originally an 18th-century ghetto. Though Jews eventually lived outside the neighborhood, much of Jewish life was centered there, for generations. The entire Jewish Quarter, a marvelous representation of early Eastern European life, managed to survive both the Nazis and the Communists. In 2003 it was named a UNESCO heritage site. It is made up of the 123 original houses, two synagogues and a “Jewish Town Hall.” Some of the buildings are older still: The Renaissance-style Rear Synagogue, which hosts a number of festival events, was built in the 17th century.

The Třebíč festival is made up of storytellers, musicians, historians and dancers. Most are local, though some come from nearby Prague; the well-known mix with newcomers, locals who are investigating their history by learning the music, dance and literature of the past.

Krakow and Třebíč offer an alternative way to feel what was lost and experience what remains. Festivals are a means for heritage-oriented tourists to engage in more than anguish; a chance for those who want to experience a center of Jewish culture to do so unabashedly and, in the process, meet locals of a variety of faiths gathered for a communal celebration of Jewish life.

Sarah Wildman writes about the intersection of culture, politics and travel for The New York Times and the Guardian.