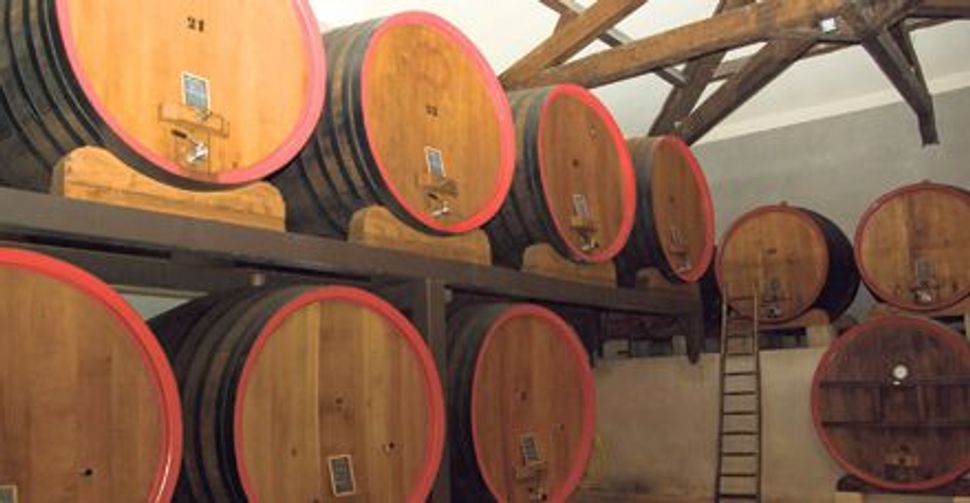 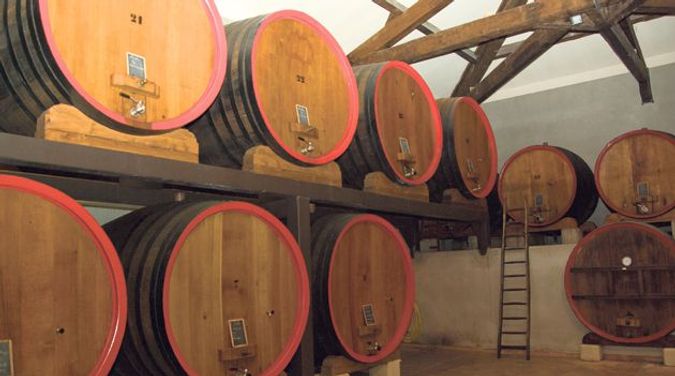 In Vino Veritas: ?Hunting Down the Jews? reveals the long-hidden history of Château de la Gardine. Image by wikimedia commons

Hunting Down the Jews: Vichy, the Nazis and Mafia Collaborators in Provence 1942–1944
By Isaac Levendel and Bernard Weisz
Enigma Books, 340 pages, $24

In the wine region of Châteauneuf-du-Pape in Provence, Château de la Gardine is an esteemed name, as is that of the proprietor who brought it to prominence, Gaston Brunel. Even today, a quarter-century after the winemaker’s death, the 150-acre property is described on its website as the “Fruit of an encounter between a man, Gaston Brunel, and a terroir, Châteauneuf du Pape.” But there’s a long-hidden blemish to that encounter, as we learn in “Hunting Down the Jews,” a detailed exhumation of the anti-Semitic secrets of the Vichy regime.

In 1942, under a Vichy law that stripped Jews of their assets, La Gardine was confiscated by the regime from its owner, Esther Marie Gomez Pereire, who came from a noted French Sephardi family. A suitable new owner of supposedly Aryan blood was sought, and Brunel, from a local winemaking family, stepped forward. He purchased La Gardine for 1,250,000 francs — although not without worrying, according to official notation at the sale, that the legitimate owner might one day return to reclaim it. In that, Brunel was prescient.

Pereire did reappear after the war. Well before Liberation, Charles de Gaulle and the Allies had declared Vichy’s property transfers to be null and void. In April 1945, Brunel was required to return La Gardine to its rightful owner, to whom he would pay 280,000 francs for his illegal usage of it. Pereire, who may have needed money or perhaps just lost her taste for the enterprise, then sold back the property to Brunel, who went on to improve the reputation of La Gardine’s wine over the next 40 years. In his authoritative 1980 survey of the region, “Guide to the Vineyards and Cellars of the Cotes du Rhone,” Brunel recounts La Gardine’s long history, but he omits mention of his first “encounter.”

To Jews in Occupied France, especially the foreign born, Vichy at first beckoned as a place free of Germans. Yet in October 1940, less than three months after its creation, the regime enacted its first “Statute of the Jews.” Philippe Petain’s personal mark-up of the draft of that law, brought to light in 2010 by French historian Serge Klarsfeld, harshened the strictures. Jews (defined as those with three Jewish grandparents, two if their spouse was Jewish) were banned from a wide array of occupations, including teaching, law, the military and theater management. Economic strangulation soon followed, as did the stamping of identification and ration cards with the word “Jew.” But Vichy had its limits. It resisted requiring the wearing of the Yellow Star, as was mandated in France’s occupied zone.

In the summer of 1942, Vichy actively joined itself to the German deportation machinery in the occupied zone by delivering almost 11,000 foreign-born Jews (half already incarcerated, the other half newly arrested) to the Drancy transit camp, just north of Paris. Their next stop was Auschwitz. But as the trains wended their way north, local bystanders were appalled by the sight and stench of the boxcars, which were packed, in the summer heat, with the young, old, ill and dying. Negative public opinion, and protests by some Catholic priests, notably Archbishop Pierre-Marie Gerlier of Lyon, had their impact. Vichy police made no more mass arrests for the rest of the war. But the region remained hazardous for Jews, especially after the Germans arrived in November 1942 in response to Allied landings in North Africa. 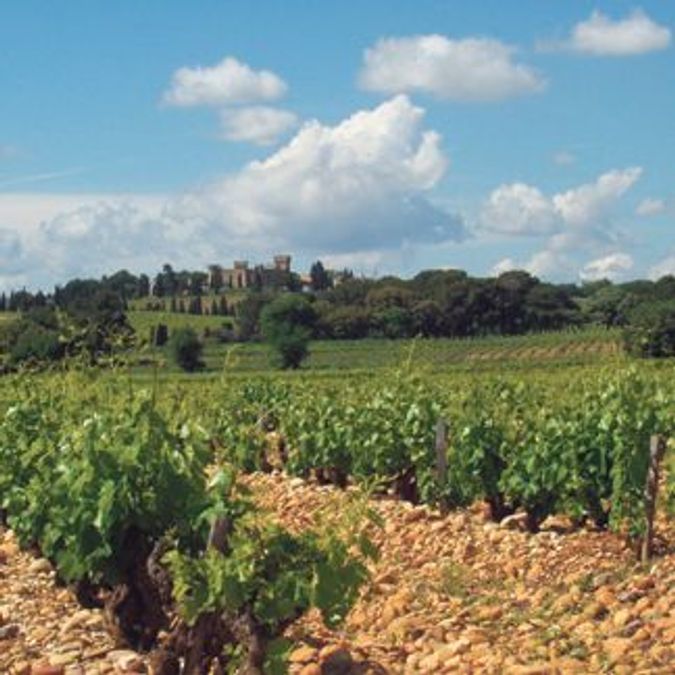 The hunt for Jews now passed mainly into the hands of freelance gangs working directly for the Gestapo. The authors sum it up: “The German police, itself bristling with hoodlums and shady characters, found natural allies in the French gangsters, with whom they could communicate in the common language of manipulation and violence.” The gangs took booty from their victims, but could also be bribed to release them.

As the tempo of gang raids intensified in 1944, many Jews who had still been living openly went into hiding. In Le Pontet, a town in the Vaucluse, Polish-born shopkeeper Sarah Levendel, whose husband was a prisoner of war, belatedly heeded warnings by friends that she was risking all by keeping her shop open and living above it. Finally, on June 5, Levendel found a hiding place at a nearby cherry farm. Leaving her 7-year-old son in the care of the farmer’s own son, she returned to Le Pontet to pack up and shutter the store — even though her friends warned her not to take that risk.

Her son, Isaac, this book’s principal author, never saw his mother again. The farmer didn’t want to host the boy, but a more kindly farm family stepped in to care for him until his father’s return at war’s end. Silence fell on the fate of the missing woman. Unable to connect emotionally with his father, the boy was sent to stay with another farm family, the Saurets. Short on hygiene but long on warmth, the Saurets gave the boy the love that had gone absent with his mom.

As a teenager, Levendel emigrated from the Vaucluse to Israel, then to America, where he rose to become an award-winning software engineer at Bell Labs and Motorola. He clung to the belief that his mother, driven insane by her forced abandonment of him, was confined to a mental institution somewhere in France. In his foreword, Levendel says: “My own liberation took a lifetime of waiting. At first, waiting desperately for my mother’s return, and when that hope dwindled and vanished, waiting for the courage to face reality and seek the truth.” In 1994, Levendel, by then a Chicago suburbanite, contacted Klarsfeld, compiler of a list of the 76,000 Jews deported from France. Could Klarsfeld help him in searching French mental institutions for his mother? Three hours later, Klarsfeld called back with the brutal yet liberating truth: Three weeks after she’d left the cherry farm, his mother was murdered at Auschwitz.

Having evaded the truth for so long, Levendel now sought out every detail of his mother’s fate. In Paris he located Gaston Vernet, who had lived next door. Vernet had forgotten nothing of the terrible scene he’d witnessed half a century earlier. While Sarah Levendel was preparing an omelet in the kitchen in the rear of her shop (and while the Allies were landing in Normandy), two men arrived in a black sedan. They wore black leather jackets and fedoras. She fled out the back door to the Vernets’ kitchen, where the men cornered her. Begging them to let her go, she said, “Please sirs, have you no hearts?” “We do madam, but our hearts are made of steel,” one man said. Sarah grabbed a kitchen knife and slashed her wrists. They dragged her away as she bled. Vernet remembered that the men were French, not German, and that “they spoke with the accent of Marseille.”

But who were they?

Isaac Levendel trawled the archives of French police, as well as prefectural and court archives, many of which were closed when it came to matters of Vichy, until he finally got his answer “on a warm summer evening in 1994, in the darkest corner of a Marseille café.” Though unauthorized, a sympathetic archive employee handed Levendel a transcript of a 1945 courtroom confrontation between a survivor from Le Pontet, Moise Benyacar, and defendant Charles Palmieri, wartime leader of a rapacious gang from Marseilles. Palmieri admitted to having taken part in the arrests of 15 Jews in Le Pontet on D-Day under the supervision of a Gestapo member. Benyacar testified that he and his wife and their 2-month-old child were brought to the town hall before being imprisoned in Avignon. There, Benyacar saw the bloodied and disconsolate Sarah Levendel. Like her, his wife and child were gassed upon arrival at Auschwitz. Six weeks later, as Marseilles was about to be liberated, Palmieri was flown to Germany to get training in sabotage. Parachuted back into France at the end of 1944, he was quickly captured by French police and executed in Marseille in August 1946.

Levendel’s vivid 1999 memoir, “Not the Germans Alone: A Son’s Search for the Truth of Vichy” (Northwestern University Press), seemed to have laid his story to rest. Six years later, Bernard Weisz, a teacher and journalist living in Avignon who was born in 1946 into a Jewish family that had suffered under Vichy, showed Levendel an “official” list of 200 Jewish deportees from the Vaucluse, including those from Le Pontet. The list seemed laughably short, possibly because it had been assembled by a local Vichy official who had authorized the arrests of Jews. Levendel and Weisz quickly increased the list of deportees to 400. Each new name raised a set of questions that Levendel posed to Weisz: “Wouldn’t you want to know who arrested them, how they did it, and why?” It took the pair five years of mining a mountain of archival records to answer those questions, resulting in “Hunting Down the Jews.” It’s not a pretty tale, but it’s one that has long needed to be told.

Peter Hellman’s books include “When Courage Was Stronger Than Fear” (Marlowe & Co., 2004), offering profiles of Christian and Muslim rescuers of Jews in the Nazi period.