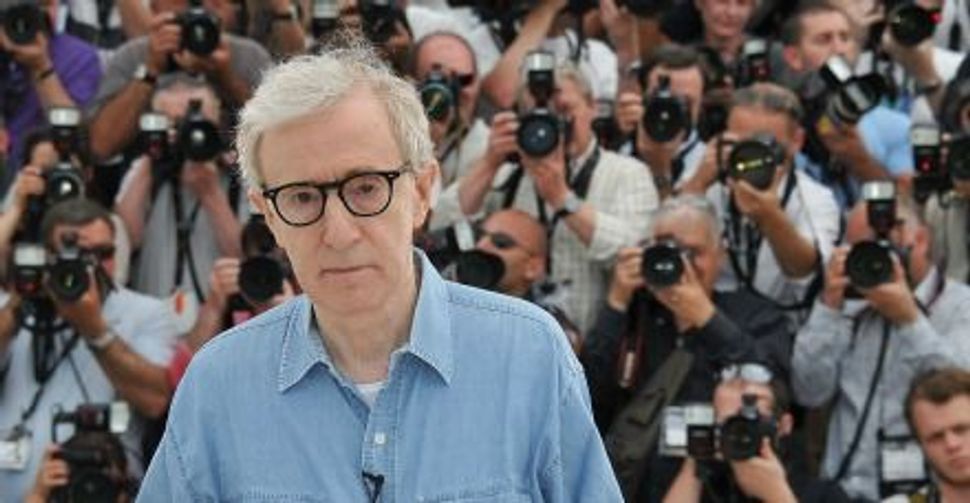 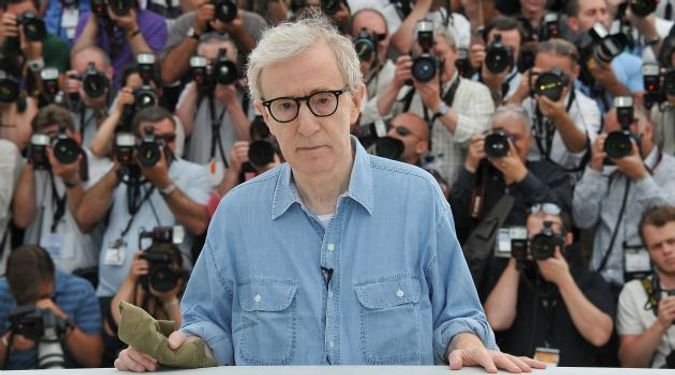 Woody?s Stinker: More than success, money or power, what Allen wants is the ability to work. Just wait until next year ? he?ll make something better. Image by getty images

Woody Allen has made a lot of movies. I know this because I recently tried to watch them all in three days, over the Memorial Day weekend. It was impossible. To watch all 44 of Allen’s feature films back to back (and these are only the ones he wrote, directed or both), would take more than 70 consecutive hours, leaving no time for little things, like sleep. Toss in the short films, TV appearances, acting roles and documentaries, and you’re looking at almost a straight week in front of the TV. Clearly, Allen is a man who likes to work.

Since the early 1970s Allen has churned out movies at a pace of roughly one per year. It’s a tremendous feat, though you have to wonder whether it’s the best approach to filmmaking. Despite producing some classic pictures, he’s also made a lot of duds. This year’s offering, “To Rome With Love,” is one of those — a real mess. Unlike most of his features, even those in the not-so-amazing category, it lacks any clear premise. Instead, it takes four stories and tosses them together without an apparent plan. If you look hard enough, you might be able to discern one, but it’s really not worth the effort.

That’s a shame, especially since last year’s “Midnight in Paris” showed that Allen can still make movies worth watching. But you can’t take his films on a case-by-case basis, regardless of whether the latest is a hit or a flop. The essence of Woody Allen lies in the whole. To get what he’s about, you have to watch all his films — if not necessarily all at once.

It’s not the case, for example, that if Allen made fewer films, more of them would be good. The opposite might be true. Allen’s strategy throughout his career has been to produce so many movies that hitting the target becomes inevitable, once in a while. He has said so himself. “I’ve been working on the quantity theory,” he told Robert Weide in the 2011 HBO portrait “Woody Allen: A Documentary.” “I feel that if I keep making films and keep making them, every so often one will come out. And that’s exactly what happens.”

The bulk approach does more than give Allen a reasonable chance of producing a few winners — it also informs, influences and shapes each film. To begin with, anyone who creates so much is bound to reuse ideas. A buzz went around the Internet a few months ago when a clip surfaced of Allen doing standup material that prefigured “Midnight in Paris.” In fact, the material also came from a piece called “A Twenties Memory” that he had written in the 1960s for the Chicago Daily News. It was later collected in his 1971 book “Getting Even.” The same is true of many themes, which he has treated in prose and on film, often several times. Entire doctoral theses could be written — and probably have been — about recurring motifs like the seduction of the undesirable man by the unattainable woman, the invasion of reality by fiction and vice versa, and the idea of “passing” as something, or someone, you are not.

This also applies to the conventions of cinema, which Allen twists and turns one way and the next, time and again. Sometimes it’s in homage, as in his many scenes that ape the style of silent movies. In other instances, Allen’s tics are for the sake of convenience, like using narrators in most of his films. Such storytelling shortcuts come in handy when you’re trying to write and shoot a picture in 12 months or less, and to do it again the next year.

There’s nothing wrong with reusing material or methods, so long as you can keep them fresh. And Allen is usually able to put a new spin on an old idea, like a fresh cover on a beat-up couch. His colorful add-ons are sometimes in the writing or shooting of a film — recent years have seen him leave New York to go gallivanting around Europe — but more often they come from his many long-term collaborators.

This is ironic, given Allen’s conspicuous style and brand-name persona. Say what you will about the auteur theory of cinema, there are few writers or directors with as strong a voice as his, literally and figuratively. (Reading Allen’s pieces from The New Yorker, you can’t help but pronounce them internally using his weirdly clear enunciation.) It’s that essential Woody Allen-ness — his “unbalanced soul,” as Pauline Kael put it — that I enjoy most, though it’s more of a spectrum than a single point. Films like “Match Point,” where Allen isn’t as apparent, I enjoy less, even if they display his versatility as a filmmaker.

Yet film is a collaborative art form, and Allen’s great runs have relied on great partners. In his early years these included co-writer Marshall Brickman and cinematographer Gordon Willis, and throughout his career there have been stalwarts, like casting director Juliet Taylor. Over the past few decades his producer has been his younger sister, Letty Aronson, making the “Woody Allen” we know, in reality, a brother-sister team. The most obvious examples of Woody’s collaborative partnerships are the actresses he’s worked with (and often lived with, or married), like Diane Keaton and Mia Farrow. Whole strings of films have rested on their talents.

These days, Allen lacks a go-to cast, relying instead on a rotating line-up of celebrities eager to be part of his legend. Sometimes this can work in his favor, particularly when there’s a strong actor in a Woody Allen-esque role. Sean Penn was fantastic as Emmet Ray, a talented but emotionally juvenile gypsy jazz guitar player in Allen’s 1999 film “Sweet and Lowdown,” and in 2009 Larry David was convincing as the pathetic genius Boris Yelnikoff in “Whatever Works.” Last year, Owen Wilson transformed himself into an uncannily accurate version of a bumbling but idealistic Woody Allen type in “Midnight in Paris.”

Unfortunately, this is not the case in “To Rome With Love.” Previously the film was to be titled “The Bop Decameron,” a name that would have made some sense (and would have been a lot less bland), given the “many stories” theme, but only to a degree. After all, four disconnected anecdotes does not a “Decameron” make.

The movie features a star-studded cast that includes Alec Baldwin, Penélope Cruz, Jesse Eisenberg and Roberto Benigni, but, partly due to its fractured structure, none of them can carry it off independently. Magical elements prevail in some of the stories — Baldwin plays a mysterious romantic adviser to Eisenberg’s character; Benigni finds himself suddenly and inexplicably famous — but are completely absent in others. A few of them center on the temptations of infidelity, but even that lusty material doesn’t hold it all together.

The best of the four parts is the one with Allen, playing an opera-obsessed father in town with his wife to meet his daughter’s fiancé. Though I don’t always find Allen that funny, I can always get pleasure from his silliness. (It also helps that he gives himself the best lines: “When I’m soaping myself under hot water I sound just like Eartha Kitt!”) If anything, the movie reminds us that Allen is still, on some level, the joke writer he was at the start of his career, filling page upon page with nothing but one-liners.

Does it matter that the result is sometimes awful? Not to Allen. Most of his films don’t earn much money, but then again, they don’t need to. So long as they break even he can make more. Indeed, he’s able to produce one a year in part because he can operate on small budgets without studio oversight. More than success, money or power, what Allen wants is the ability to work. I can respect that. So what if this particular film is lousy? Just wait until next year — he’ll make something better.