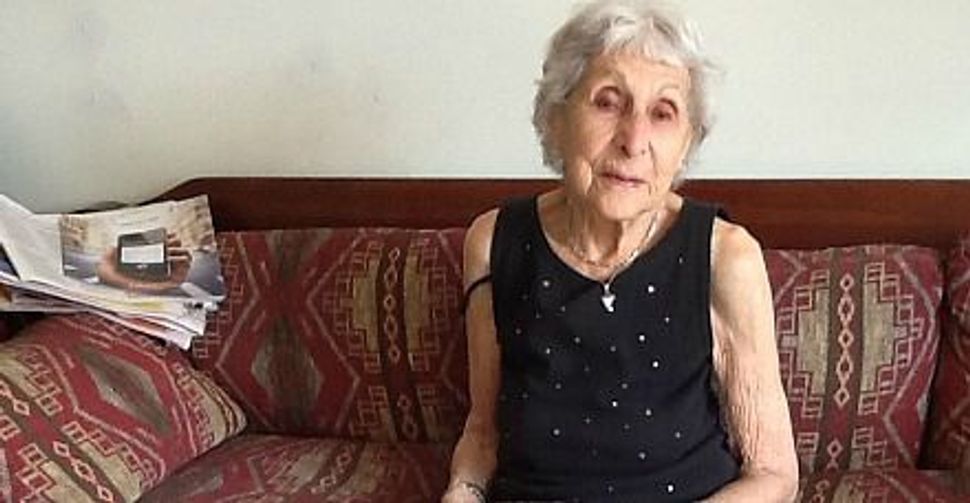 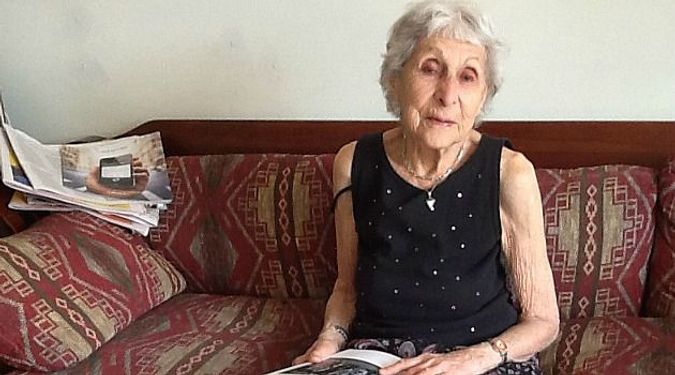 Still Shooting Away: Even at 96, Rebecca Lepkoff refuses to stop doing what she loves: taking evocative photos of street scenes. Image by Lisa Amand

Street photographer Rebecca Lepkoff moves so fast that even those half her age can barely match her pace. One day the exuberant 96-year-old is shooting Latino storefronts in her Harlem neighborhood, the next she’s snapping her beloved Essex Street on the Lower East Side. In May, she boated up the Seine to Paris, where she took hundreds of pictures. “They don’t tear down old houses!” she said.

Lepkoff, who came of age during the Depression, has suddenly become the “It girl” for a group of socially conscious photographers who roamed the country at a time when pinup girls still existed. 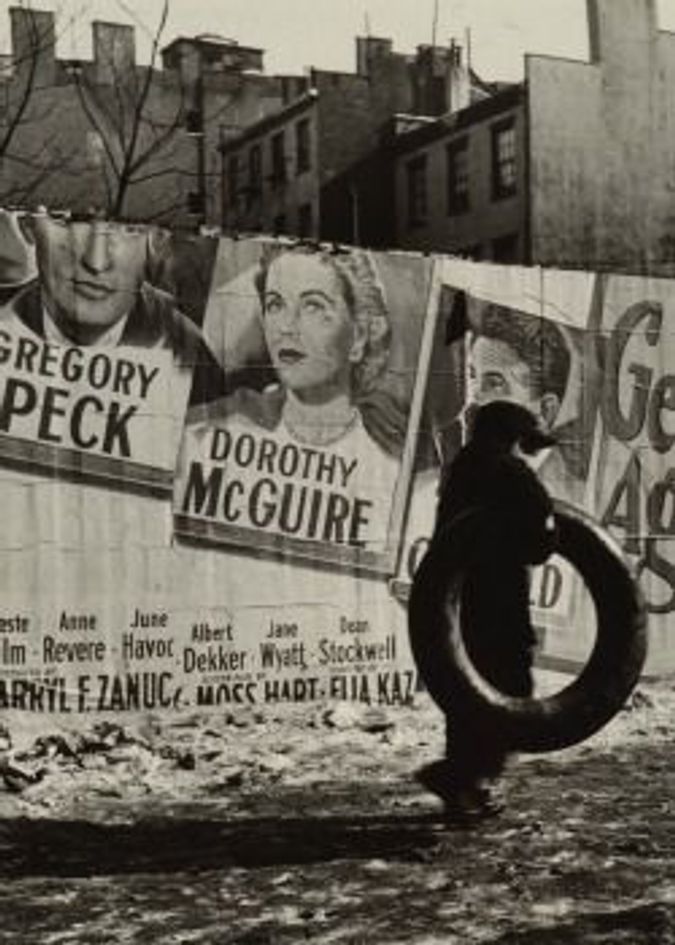 In the Neighborhood: Lepkoff is known for her photos of New York neighborhoods, like this one of the lower East Side. Image by Rebecca Lepkoff

An international reawakening to the accomplishments of the Photo League, a group of young, idealistic photographers, has pushed Lepkoff into a spotlight she shares with a dwindling number of colleagues. Many legendary leaguers like Weegee, Berenice Abbott, Paul Strand, Lewis Hine, Helen Levitt, Lisette Model, Morris Engel and Walter Rosenblum have gone to their graves, leaving her to answer questions about their avant-garde group, slandered sometimes as a Communist front during the Red Scare.

Lepkoff is as busy as ever. A traveling exhibit, “The Radical Camera, New York’s Photo League (1936-1951),” which includes four of her vintage photographs, is drawing crowds at the Columbus Museum of Art in Ohio after its debut at The Jewish Museum in Manhattan.

In a documentary about the league, showing this month in Los Angeles and Manhattan, Lepkoff and other members reminisce about their groundbreaking work and the chase for images, many of which are now iconic.

During a spring screening of “Ordinary Miracles: The Photo League’s New York,” Lepkoff gasped at stories in the movie about her demanding teacher Sid Grossman. “You’d stay forever at his classes,” she said. “I used to come home at 3 in the morning.”

Sitting next to her watching the film was Grossman’s widow, Miriam, who says in the film that FBI accusations about her husband’s Communist activities led to his early death.

Stores such as the one at New York’s Tenement Museum sell out of her pictorial portrait, “Life on the Lower East Side: Photographs by Rebecca Lepkoff, 1937 – 1950” (Princeton Architectural Press, 2010), prompting her to make regular subway trips to Orchard Street to sign a stack. “Forty books a month! That’s a wonderful sales thing,” she said. The museum shop currently has a waiting list. The book, first published in 2006, is being printed for the fifth time.

A third of the approximate 300 card-carrying members of the Photo League were women, active in a wide range of high-profile roles, said Catherine Evans, photography curator of the Columbus museum and co-curator of “Radical Camera.” “It was gender-neutral at a time when women were not particularly visible outside the home,” she said.

Evans, author of the catalog’s essay “As Good as the Guys: The Women of the Photo League,” said Lepkoff and survivors, such as Sonia Handelman Meyer, Erika Stone, Vivian Cherry and Ida Wyman, all included in the show, have “indomitable vitality.”

Lepkoff is proud of “Radical Camera,” saying that when she first saw the show at The Jewish Museum, she was overcome with “a sweet sadness.”

“Those were nice times, very creative, and those were friends. We were very communicative of what we were doing,” she recalled. “We were all trying to do the same kind of thing. We could talk about problems, different techniques in the dark room or events of the day… the political situation.”

Each Leaguer had his or her own turf. Lepkoff, the Jewish daughter of Russian immigrants, naturally explored thoroughfares thick with pushcarts, rabbis’ offices, religious talismans, Yiddish and Hebrew signs and synagogues.

Born in a Hester Street tenement, Lepkoff moved frequently with her family. As a newlywed in 1942, she lived in a Cherry Street flat that boasted an icebox and pot belly stove.

Throughout her life, Lepkoff said, she spent most of her time on the Lower East Side and in visually rich Midtown.

These days Lepkoff branches out from the West 145th Street apartment she shares with her husband of 70 years, Eugene. She wants to capture, now digitally, local businesses hanging on to their cultural identities in the face of chain stores.

Upbeat and humble, Lepkoff attributes her longevity to the constant, mindful movement of the Alexander technique and yoga. Once on the road to becoming a professional dancer (she and Eugene met in a dance class), Lepkoff gave up that career to raise three children. With earnings from dancing at the 1939 World’s Fair, she bought her first camera, a second-hand Voigtlander, and was smitten.

She has always loved wandering the city, guided by an intuitive talent for capturing in her photos multiethnic merchants, children playing on stoops and sidewalks, derelict buildings and desolate alleys.

Lepkoff was ecstatic to find Arnold Eagle’s 1935 picture “Third Avenue El, 18th Street Station” placed next to hers of the same subject in “Radical Camera.” She has never forgotten Eagle’s encouragement. “He was the first one who looked at my photographs and said, ‘Your eye is really very good at composing them.’ ”

“Radical Camera” will travel to San Francisco in October and to West Palm Beach, Fla., next year. Lepkoff said she feels “like a piece of my life has come back, sprung back. It’s like a dream that takes you back to a certain time.”

Lisa Amand is a features writer from Brooklyn.

Final distribution of “Ordinary Miracles: The Photo League’s New York” is still in process, but it will have limited late June screenings at NoHo 7 in North Hollywood, Calif., and the Quad Cinema in New York City.