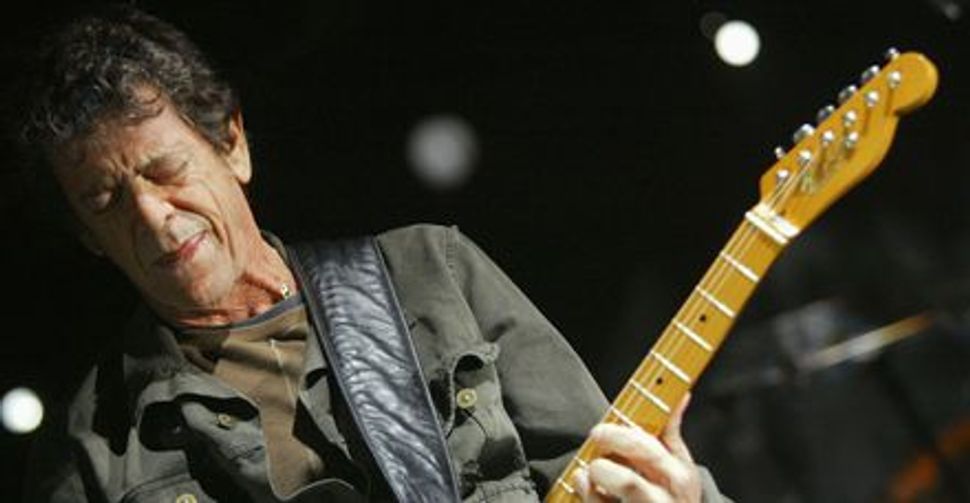 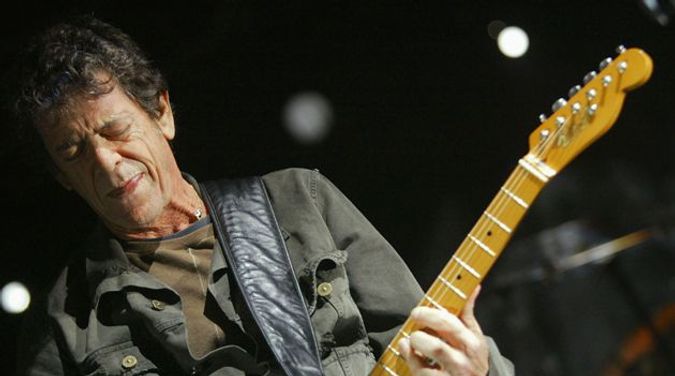 “Lulu,” the unlikely collaboration between Lou Reed and Metallica, rapidly went from being one of the year’s most anticipated releases to being the most reviled album of 2011. USA Today called it “arty sludge” and gave it one star. Writing in Grantland, Chuck Klosterman lambasted it as “a successful simulation of how it feels to develop schizophrenia while suffering from a migraine, although slightly less melodic.” Gothamist reported that Reed had even received death threats from “betrayed” Metallica fans.

Apparently, Reed has gotten over the bad press. This summer, he is performing songs from “Lulu” across Europe. In late June, Reed brought the career-spanning tour “From VU to Lulu” to Berlin, the European city most closely associated with his music. Thousands braved the bitter wind and rain to see the founder of The Velvet Underground perform on the open-air stage of the medieval fortress in Spandau, one of the city’s 12 boroughs. Supported by an excellent band and by singer-songwriter Allison Weiss on back-up vocals, Reed put on a slick and tightly engineered show that, without intermission, clocked in at slightly less than two hours.

What wasn’t apparent to most reviewers of the album but is clear from performances is that despite the novelty of “Loutallica” — the inevitable moniker for the collaboration — the songs that Reed wrote for “Lulu” signal a return to his signature dark rock ’n’ roll idiom. In both a literal and an artistic sense, “Lulu” also marks the singer’s return to Berlin, a city that has influenced Reed for the past four decades.

In the early 1970s, Reed spent time in West Berlin hanging with other foreign transplants, like Iggy Pop and David Bowie. His solo album “Berlin,” released in 1973, was a depressing hymn to a city that has influenced musicians, from Kurt Weill to Nick Cave. The record follows a destructive relationship in the divided capital and includes themes of drugs, domestic violence and suicide. On the album’s most disturbing track, “The Kids,” Reed sings about a negligent mother who loses custody of her children after her daughter dies. The song is notable for the shrieking kids in the background. Direct on the heels of his hit 1972 record “Transformer,” Reed shocked critics and listeners alike with a collection of ballads wry and cynical enough to be a Weill/Brecht collaboration.

Though recognized today as one of Reed’s finest solo albums, “Berlin” was panned at the time of its release. Rolling Stone was unequivocal when it called Berlin a “disaster.” It didn’t help that Reed’s fans were expecting another glam smash after “Transformer” and not a heavily orchestrated rock opera with lots of nasty.

In Reed’s oeuvre, “Berlin” is the work that most anticipates “Lulu,” thematically if not musically. Reed wrote the songs featured on the new album for a Berlin production of fin-de-siècle German playwright Frank Wedekind’s two plays “Erdgeist” (“Earth Spirit,” 1895) and “Die Büchse der Pandora” (“Pandora’s Box,” 1904), known together as the “Lulu” plays. Directed by legendary avant-garde American playwright Robert Wilson, the production opened in spring 2011 at the Berliner Ensemble, where it is currently in repertory. Lulu, the plays’ heroine, is equal parts minx and naïf, femme fatale and victim. In the course of the plays, she kills three husbands before winding up in London as a prostitute trailed by a desperate lesbian lover. Her last client is Jack the Ripper. It’s wild stuff.

Reed is no stranger to themes of twisted sexuality, and, like Wedekind, he is able to raise perversity to the level of art. Since the beginning of his career with The Velvet Underground, in the 1960s, he has broken all the rules of rock ’n’ roll with his unsparingly graphic depictions of sex and addiction — a tendency explained by author Steven Lee Berger as a rebellion against his middle-class Jewish upbringing. He wrote songs like “Venus in Furs” (inspired by Leopold von Sacher-Masoch’s kinky novella), “Some Kinda Love” (“Like a dirty French novel / combines the absurd with the vulgar”) and “Walk on the Wild Side,” which dwelt on drug use, male prostitution and oral sex.

With his songs for “Lulu,” Reed seems to be picking up where he left off almost 40 years ago. His lyrics are notably crass, and largely unprintable in this publication. “I wish there was a strap of blood / That you could kiss away / Tie me with a scarf and jewels / Put a bloody gag to my teeth,” Reed bellows in one of the tamer verses of the song “Mistress Dread.”

At the open-air stage in Spandau, the audience howled along to Reed standards, including “Heroin,” “Sweet Jane” and “Satellite of Love,” but the “Lulu” songs were also received enthusiastically. Hearing them alongside Reed’s earlier material, and minus Metallica, the “Lulu” selections were convincingly of a piece with the musician’s body of work. Reed made a compelling argument for this continuity by playing the final tracks of “Berlin” and “Lulu” back to back. “Sad Song,” a mockingly upbeat anthem from the earlier album, inhabits a different melodic universe than “Junior Dad,” a 10-minute-long, spoken-word poem with minimal instrumental support. But they are bound together by a spirit of tender pessimism and by verbal repetition that points to a bitter, sarcastic nostalgia. The songs on “Lulu” are difficult listening — largely unmelodic, with wrenchingly vulgar lyrics — but then again, Reed has always been an iconoclast who revolts against the expectations of his listeners.

Watching Reed perform, I wondered about his impressions of this contemporary city, a place so different from the divided capital he knew nearly four decades ago. I’m curious because I sense that Reed feels an affinity with the old Berlin and a kinship with the artists incubated in a city whose reputation for creative experimentation and excellence continues to this day. Stefan Zweig, the Jewish author from Austria, once described the world from which “Lulu” emerged as a “sticky, perfumed, sultry, unhealthy atmosphere.” Present-day Berlin is less contaminated than it was during the epoch that Zweig wrote about, but it still has a unique mixture of edginess, sophistication and daring. I imagine that’s what attracted Reed to this city 40 years ago — and what brings him back today.

A.J. Goldmann writes about art and culture from Berlin. He is a regular contributor to the Forward.