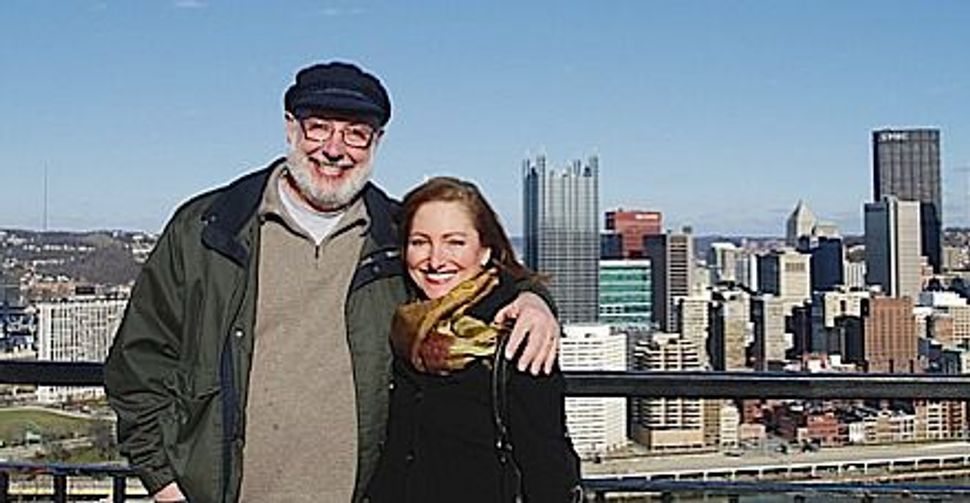 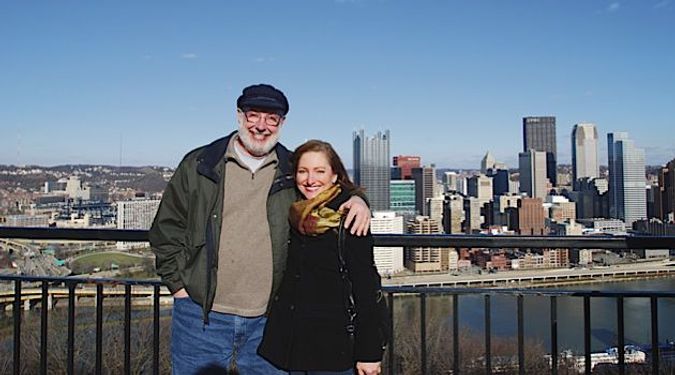 A year ago, Rabbi Jon Adland underwent genetic testing and discovered that he was positive for mutations on both BRCA1 and BRCA2 — the so-called breast cancer genes that raise the risk for breast and ovarian cancer, especially in Ashkenazi Jews, who are over 10 times more likely to have a BRCA mutation than those in the general population.

“I went in thinking, Oh, I’m going to be fine, but I came out with both. Not every man gets to hit a home run,” said Adland, 58, who is the rabbi of Temple Israel in Canton, Ohio.

Adland decided to get tested after several family members were diagnosed with breast and ovarian cancers. What he did not realize was that BRCA also has been linked to prostate cancer risks. “I learned about it when I went in for genetic counseling. It was a bit of a surprise to me,” he said. The counselor and his physician therefore advised Adland to regularly get a PSA test, a blood test that measures a protein in the blood produced by cells where most prostate cancers begin.

Ever since the PSA, or prostate-specific antigen, test was first used in the mid-1980s, it has become the gold standard of prostate cancer screening, with most guidelines suggesting that men be screened once a year, starting at age 50 or somewhat earlier, if they are at elevated risk for the disease. But recent controversy surrounding the PSA test has left many wondering what men like Adland should be doing to monitor their prostates.

Last May, the government-backed U.S. Preventive Services Task Force released guidelines recommending that physicians stop using the PSA test to screen for prostate cancer. The Task Force, an advisory board of independent medical experts, came to this conclusion based on a review of two major screening trials of men — one in Europe and one in the United States.

As a screening tool, however, the PSA test has some significant flaws. Prostate cancer often grows at such a slow rate that, depending on his age and health, a man diagnosed with the disease may have a good chance of dying from other causes before the cancer can cause any harm. Further complicating the picture is the fact that as men age their prostates often become enlarged and produce more PSA, even if the growth is benign. False positives have increased in recent years, as the cut-off level for a supposedly worrisome PSA number has dropped.

Finally, further diagnosis and treatment can have considerable side effects. As many as one third of men who had biopsies for abnormal test results, according to the Task Force, experienced pain, fever, bleeding, infection or transient urinary difficulties. Treatment for the cancer itself is even more fraught with complications, including erectile dysfunction, impotence, urinary incontinence and, in rare instances, heart attack or stroke.

As a consequence, controversy has swirled around the PSA test for some time now, with critics talking of over-diagnosis and over-treatment. “It was the assessment of the Task Force that the potential benefits from prostate cancer screening do not outweigh the harms,” said Dr. Michael LeFevre, director of clinical services at the University of Missouri’s School of Medicine and co-vice chair of the Task Force. “The treatments cause harm in greater numbers of men who have a disease that would never have hurt them in their lifetime.”

The Task Force’s guidelines ignited debate and criticism. While many in the medical community agree with its critique of how the PSA test has come to be used, others believe their recommendations went too far.

“Many of the points brought up by the Task Force regarding the PSA test — such as that it was used for men who would not benefit from screening or that lower and lower levels of PSA led to biopsies — were valid,” said Dr. James Eastham, a prostate cancer surgeon who is chief of urology at Memorial Sloan-Kettering Cancer Center in New York. “But their conclusion that no one should get screened, we don’t agree with.”

Most vehement among the critics, perhaps, was the American Urological Association, which issued a swift and strongly worded response expressing “outrage” at the new guidelines and stating that: “It is inappropriate and irresponsible to issue a blanket statement against PSA testing, particularly for at-risk populations.”

Those known to be at higher risk from prostate cancer include African-American men, men with a history of prostate cancer in their families and those who carry BRCA mutations. Men in these groups are more likely to develop the disease and, more importantly, either die from it or experience symptoms.

Researchers have found that men with BRCA mutations are more likely to develop prostate cancer at a younger age. Men with a mutation on the BRCA2 gene, in particular, are more likely to develop a more aggressive form of the disease. The rate of BRCA mutations among Ashkenazi Jews is one in 40, compared with a rate of one in 500 in the general population.

“The Task Force did not specifically look at men with BRCA mutations,” said LeFevre, who added, “Unfortunately, the trials did not have enough high-risk men to allow us an informed decision about those groups.”

But many experts are concerned that such caveats are buried in the guidelines, and patients and primary care physicians, for whom the guidelines are intended, will get only the general message to simply stop PSA screening on all men.

“There are groups out there who are saying we are over-screening and over-treating, and that may be partly true, but we need to know who is at highest risk of developing and dying from prostate cancer.If you make a blanket statement, then you may be missing people who are at greater risk,” said Sue Friedman, president of FORCE, a national advocacy group for individuals with hereditary breast and ovarian cancers that provides support and information for individuals with BRCA mutations.

“We need to move away from a one-size-fits-all system of screening and prevention.”

Preliminary findings from IMPACT, an international study examining the benefit of prostate cancer screening tests for men who are carriers of a BRCA mutation, have so far shown the PSA test to be promising in detecting cancer early in this group. “Until the day when we can do more personal evaluation, PSA is still valuable for this high-risk population,” said Jacquelyn Powers, a cancer genetic counselor at the University of Pennsylvania’s Abramson Cancer Center and part of the IMPACT study.

Furthermore, among the approximately 1,200 men it has studied since 2005, IMPACT found identifiable prostate cancer in about half the men who had elevated PSA levels, tested positive for a BRCA2 mutation and elected to have a biopsy. Although the total numbers were quite small when compared with the control group, there was also a greater incidence of more aggressive prostate cancers within this group.

“We want to be diagnosing cancers in this group early, because we want to be treating them,” said Powers, who added that the IMPACT survey should be completed sometime between 2016 and 2018.

“We have to use PSA intelligently,” said Dr. James Mohler, chair of urology at Roswell Park Cancer Institute in Buffalo and chair of the National Comprehensive Cancer Network (NCCN) Guidelines Panel for Prostate Cancer. “We need to perform these tests in men who are at increased risk of developing a prostate cancer, who, if they develop that prostate cancer, are likely to die of it and for whom we can prevent that death by treating them.”

The NCCN, a consortium of 21 of the world’s leading cancer centers, has published its own guidelines for PSA testing, as has the American Urological Association and Memorial Sloan-Kettering. The NCCN recommends that all men get a baseline PSA test at age 40. The results, as well as a man’s general health, would determine the frequency of testing. For men at higher risk, such as from a BRCA mutation, Mohler said he would start testing early, at age 30.

Echoing most health care professionals, Mohler said that, ultimately, decisions about PSA testing are personal ones, to be made by a man in consultation with his physician. “I tell men they should religiously follow their guideline of choice,” said Mohler, “A guideline is a guideline and not a rule. Every person thinks of their mortality and morbidity differently.”

For Adland, already being watched for his BRCA risk, the new guidelines are not likely to change his care. “I’m the guy who leaves things up to his doctor; as long as he understands it, I’m fine.”

Talia Bloch writes on culture, religion, and science. Contact her at feedback@forward.com