Are Gaucher Disease and Parkinson’s Linked? 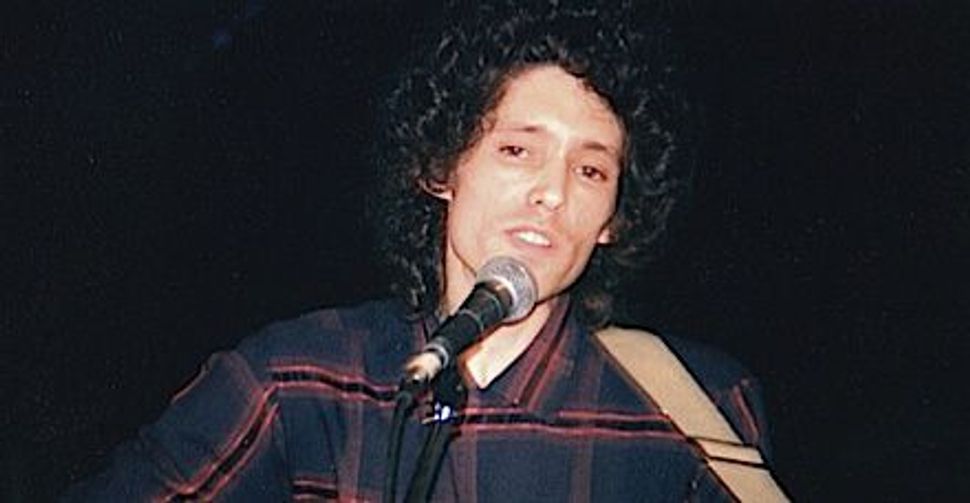 Image by Courtesy of Ted Meyer 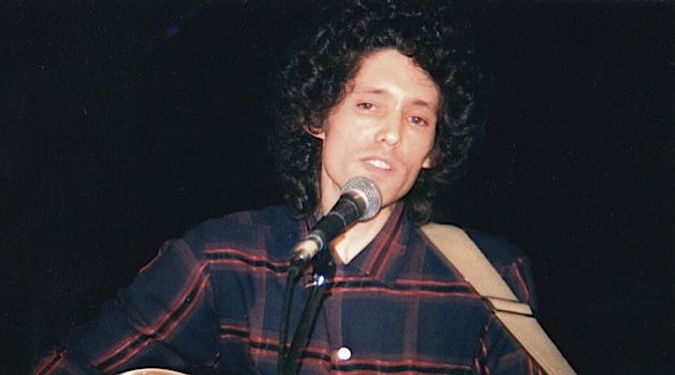 Richard Meyer: The New York folk singer had Gaucher; he died in June of Parkinson?s disease. His brother Ted Meyer undergoes brain imaging and other tests as part of the NIH study. Image by Courtesy of Ted Meyer

Ted Meyer was six years old the first time he got involved in medical research, by donating a sample of bone marrow. He had just been diagnosed with Gaucher disease, and his parents hoped their son’s participation might help him and others with the potentially fatal inherited metabolic disorder.

Meyer, 54, is still actively participating in Gaucher research — though it has taken an unexpected turn in the past few years. The Los Angeles-based artist is part of a federally funded study at the National Institutes of Health (NIH) aimed at understanding a genetic link between Gaucher, a rare disease that disproportionately affects Jews of Ashkenazi descent, and Parkinson’s disease, a progressive movement disorder that affects more than 1.5 million older Americans.

Meyer’s brother Richard, who was likewise diagnosed with Gaucher as a child, went on to develop Parkinson’s in his late 40s. Richard Meyer, a New York City-based folk singer, died in June at the age of 59. “We really didn’t know what Richard was in for,” Meyer said of his brother’s struggle with Parkinson’s. “It was a very long, slow, degrading, debilitating, personality-stealing illness.”

Both brothers had signed on to take part in the NIH study that is looking for early signs of Parkinson’s in patients who have Gaucher or are carriers of the Gaucher gene. Ted Meyer, an artist-in-residence at UCLA’s David Geffen School of Medicine, said his brother had requested that his body be donated to science after his death. Ted plans to continue on his own in the NIH study, which entails periodic brain imaging and other testing. “I will admit I have trepidations about taking the next step, though I don’t see any signs of Parkinson’s,” Meyer said. “But at night when I get a twitch, I can’t help but think of the possible ramifications.”

The possibility that a rare genetic disease, Gaucher, might inform the understanding and treatment of a far more common, multifactorial disease, Parkinson’s — and vice versa — has caught the attention of the scientific community. “People ask, ‘Why do you spend your life studying a rare disorder?’” said Dr. Ellen Sidransky, chief of the section on Molecular Neurogenetics at the NIH’s National Human Genome Research Institute, who has been studying Gaucher disease since the 1980s. “I believe that people with rare disorders need effective treatment, but in addition, I have learned that rare diseases can teach us about fundamental aspects of biology that can shed light on more common disorders.”

Gaucher disease is caused by mutations in the gene known as GBA, which is involved in the production of an enzyme that breaks down a fatty substance called glucocerebroside. When the enzyme is absent or defective, this fatty substance can collect in the spleen, liver and bone marrow, causing damage. Some forms of Gaucher involve associated neurological symptoms, as well. Symptoms vary in severity — some Gaucher patients with a rare subtype die in infancy; in other patients, symptoms are barely detectable.

More recently, clinicians have become aware that occasionally some patients, as they age, develop tremors and other Parkinson’s-like symptoms. Intravenous enzyme replacement therapy — which has helped children with Gaucher grow up with minimal symptoms since its introduction in the 1990s — does not impact neurologic symptoms, since the drug does not cross into the brain.

It was long assumed that people who were carriers didn’t have to worry about the disease, though some couples choose to get tested for the mutation because they don’t want to risk passing it along to their future children.

Dr. Pramod Mistry, a Gaucher expert and chief of pediatric gastroenterology and hepatology at Yale University School of Medicine, said scientists in both the Parkinson’s field and the Gaucher community were skeptical when reports surfaced in the late 1990s that there might be a connection between the two diseases. Mistry himself had become interested in such a possibility because folk singer Richard Meyer was his patient.

“One day he pulled me aside and said his guitar playing was becoming more clumsy because of tremor and unsteadiness,” Mistry recalled. “When I examined him, he had signs of Parkinson’s disease.”

A major study published in 2009 in the New England Journal of Medicine helped to persuade the naysayers. The international study, led by Sidransky at the NIH, reported that people who have Parkinson’s disease are over five times more likely to carry the mutated gene for Gaucher (GBA). Her team came to that conclusion after comparing the genetic profile of nearly 5,700 people with Parkinson’s (including 780 Ashkenazi Jews) with nearly 4,900 controls (387 of them Ashkenazi Jews).

Unlike Gaucher, which is a single-gene disease, multiple genes have been identified with Parkinson’s, though the mutations in the GBA gene are more common than the other genes. Still, “the vast majority of people with Gaucher disease never develop Parkinson’s,” Sidranksy said. Likewise, being a Gaucher carrier does not mean that Parkinson’s is in a person’s future. “It is not a predictive gene. It’s a risk factor,” he said.

Sidransky and other researchers are now trying to figure out the common mechanism at work in Gaucher and Parkinson’s. They have multiple theories, some of which focus on the lysosome, the small organelle in the cell where the Gaucher enzyme functions. “The lysosome handles the breaking down of substances that the body does not need. The lysosome may also work to prevent the build-up of toxic substances that can lead to Parkinson’s disease. However, how this works is not totally understood,” Sidransky said. “Targeting the defective enzyme could potentially impact the treatment of Parkinson’s.”

Doctors at Children’s Hospital of Philadelphia have been treating some Gaucher patients for decades — the oldest is 80. Dr. Paige Kaplan, who established a Gaucher center at the hospital 21 years ago, said today’s patients often do so well with treatment that they don’t know what it means to be sick from Gaucher. “When they leave for college, we have to actually sit them down and tell them the signs and symptoms of Gaucher so they don’t go off and think they are so well that they don’t have to take the treatment anymore,” said Kaplan, professor emerita at the Perelman School of Medicine at the University of Pennsylvania.

Clinicians in the Gaucher clinic now routinely ask patients about neurological symptoms — changes in gait, behavior or personality; memory problems; handwriting becoming smaller — that could be indicative of Parkinson’s, and whether it runs in the family.

The NIH’s ongoing long-term study of Gaucher patients and carriers is examining whether early signs of Parkinson’s are detectable using PET scans of the brain and other tests to measure physical, behavioral and cognitive changes. An initial report, just published in the journal Brain, indicated that patients with both Gaucher and Parkinson’s tend to have changes in brain blood flow similar to that seen in some patients with forms of dementia, Sidransky said.

However, most of the Gaucher participants who do not have Parkinson’s symptoms so far have normal brain scans.

“Finding the earliest symptoms of Parkinson’s in an at-risk group may enable us to target these patients with therapies that might prevent the development of Parkinson’s,” Sidransky said. “This could ultimately have implications for the treatment of others with this devastating disease.”

Shelley Viviani, 57, of Redwood City, Calif., is a patient taking part in the NIH study. A teacher of visually impaired students, she was diagnosed with Gaucher at age 19. Two of her three sisters are carriers of the disease, and one of them has also signed up for the study. Their father died of Parkinson’s disease at 67, and their mother was diagnosed with Parkinson’s-like disease after developing dementia. Viviani, who had hip replacement because of bone complications from Gaucher, said her medical problems seem “like a walk in the park” compared to what she witnessed with her parents’ Parkinson’s.

“I am not putting my head in the sand,” said Viviani. “If I can help researchers learn something that will give them insight into how to better treat Gaucher, perhaps prevent Parkinson’s — something, anything — then that would be fabulous.”

Susan FitzGerald is a Philadelphia-based medical writer and co-author of “Letting Go with Love and Confidence: Raising Responsible, Resilient, Self-Sufficient Teens in the 21st Century.” Contact her at [email protected]

Are Gaucher Disease and Parkinson’s Linked?