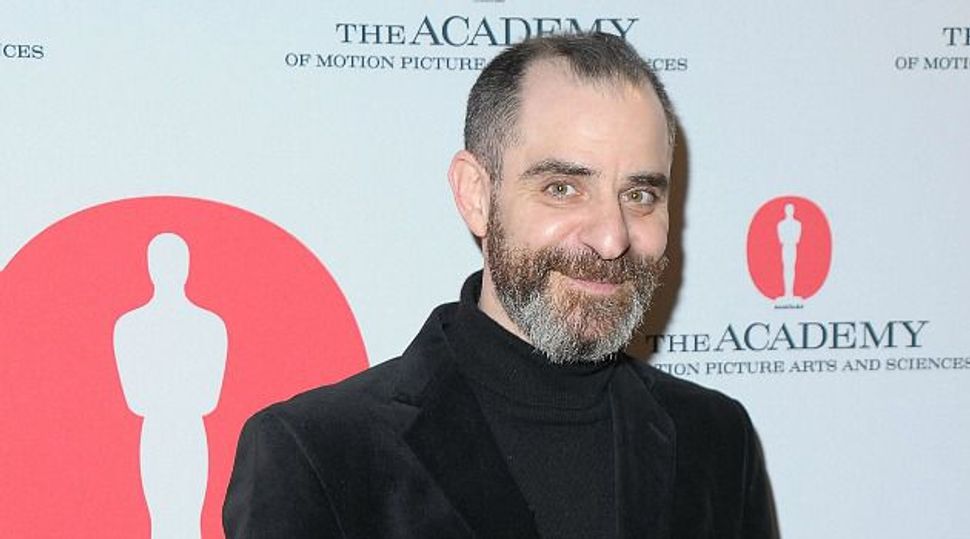 She Remembers When: Before he became a famous writer and radio host, David Rakoff was a short kid in the class at Bialik Hebrew Day School, the Labor Zionist day school in Toronto. Image by getty images

“Since you contacted me, I’ve been thinking a lot more about Bialik,” David Rakoff told me when I interviewed him two years ago for a piece I was writing for The Jerusalem Report. He was referring to Bialik Hebrew Day School, the Labor Zionist day school in Toronto we both attended as children. It was the place that in many ways launched both of us on our professional trajectories—his as an identifiably Jewish writer, and mine as a Jewish educator. But his Jewish and Zionist identities ended up differing considerably from mine, and that’s why I had wanted to talk to him.

I hadn’t seen David in three decades. Back then, I was one of the tallest kids in the seventh grade and he was by far the shortest boy in the ninth. In my mind, I can still see the diminutive David in his class photo, dressed in a plaid flannel shirt and denim overalls seated cross-legged on the floor—the spot traditionally reserved for the shortest kids.

As much as David was ecstatic to have finally grown and put those years behind him, right now I prefer to picture him in my mind as the short and round-faced, but healthy, boy he was, rather than to look online at recent images of him as he became progressively sicker and thinner.

“I hated being a child,” David told me. This was something I already knew from having read his essay, “Shrimp,” in his last book, “Half Empty.” “Childhood was a foreign country to me. Everyone has an internal age. A time in life when one is, if not one’s best, then at least one’s most authentic self. When your outside and inside are in sync, and soma and psyche mesh as perfectly as they’re every going to. I always felt my internal clock was calibrated somewhere between forty-seven and fifty-three years old,” he wrote.

“There was a lot of collateral damage memory-wise,” he told me, explaining the fact that he hadn’t thought much about Bialik since graduating in 1979.

Much of our conversation was about how I had drunk the Zionist Kool-Aid at Bialik and he hadn’t. I spent several summers in Israel as a teenager and fell in love with the place. David, on the other hand, understood during a revelatory moment while volunteering on a kibbutz in those same years, that Israel would not become a focus of his life. He returned to Israel only one more time—during college to visit family there. New York became his Jerusalem.

“My relationship to Israel is very ambivalent now,” he said. He added that he was reluctant to go into detail, but nonetheless made at least one of his thoughts known. “The fact that a walking racist cartoon like Avigdor Lieberman has a voice beyond the extreme lunatic fringe is outrageous.”

He was disheartened by the shift to the right in both Jewish education and Israeli politics in recent years. “The kind of Jews we were, is somewhat endangered,” he said. David defined himself as a liberal cultural Jew. “I’m anti-religious,” he said. “I don’t like people telling me what to do.” David never felt compelled to keep kosher, but his essay, “Dark Meat,” in “Half Empty” about his love of bacon and pork is one of the most profoundly Jewish pieces of writing I have read.

“I did speak a beautiful Hebrew,” David admitted in regard to his Bialik education. “And I loved learning Yiddish. I love the fact that I know Yiddish, and I feel intensely connected to that—and I thank the school for that.” But it was the leftist, secular European tradition that he felt closest to. “That’s real Yiddishkeit.” It’s the kind of Yiddishkeit that inspired and informed his voice, leading him to write highly observant and incisive works that, like those of his literary predecessors from that tradition, make us laugh and cry at the same time.

When I heard that David had died last week at 47—the age to which he believed his internal clock had always been calibrated— I searched my email inbox for messages he had sent me. I found a note he had written in response to my asking for advice as I prepared to visit our old school to do reporting for my article. I was asking about visiting the school, but he knew I was really talking about revisiting our childhood. “Keep reminding yourself you’re a grown-up,” he wrote.