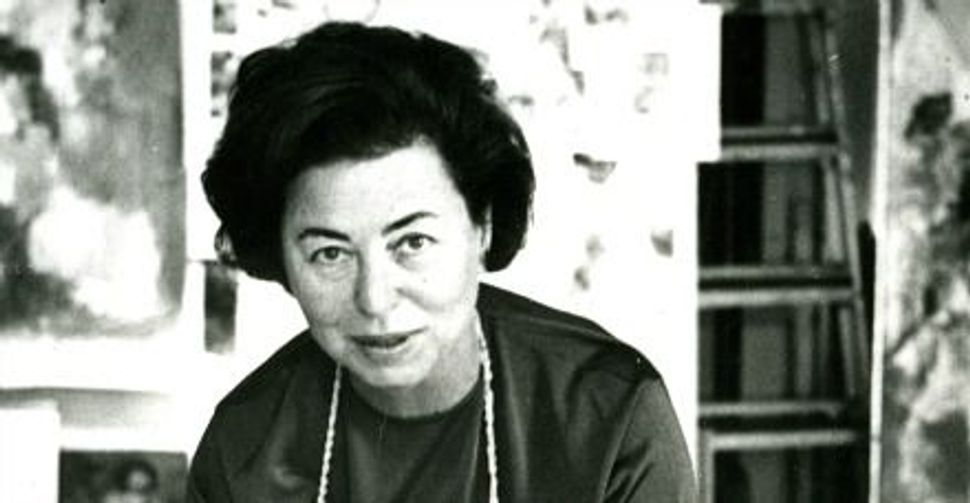 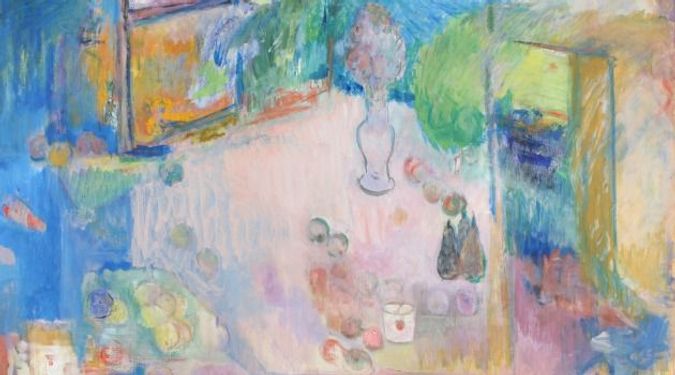 Man?s World: Ruth Abrams work stands out, although she received scant recognition in a male-dominated art world. Her painting ?Orchard Through the Window? is on display at Yeshiva University Museum. Image by yeshiva university museum

In the 1940s and ’50s, the New York art world was in thrall to Abstract Expressionism. Jackson Pollock, Willem de Kooning, Franz Kline, Mark Rothko: These were some of the big-name artists, and they made equally big paintings — emotionally charged canvases with curving lines, splotches of paint or oceanic fields of color. There was more than one style, but the work was uniformly dynamic and almost always abstract. 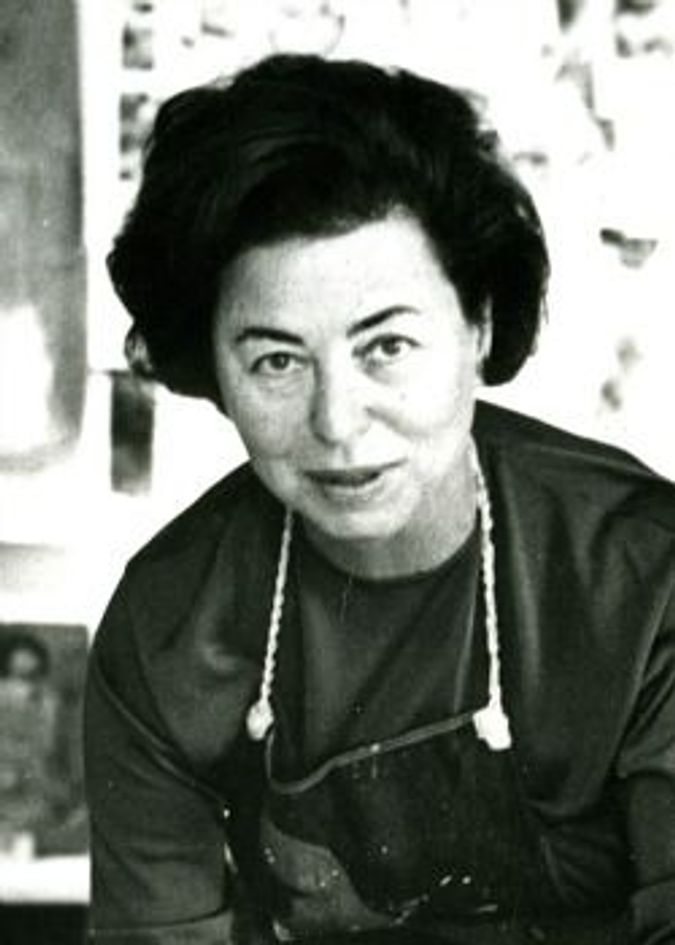 In that art world (as well as the one at large), it was hard to be a woman. Socializing or sleeping with influential men might increase your chances of recognition, but even then success wasn’t guaranteed. It was especially difficult if your paintings were neither oversized nor entirely abstract. You might manage to show your work, but as time passed and art history was written, your name would most probably be forgotten. This is what happened to Ruth Abrams.

A lifelong New Yorker who was married to urban planner Charles Abrams (who founded the New York Housing Authority) from the time she was 19, Abrams painted multicolored canvases that were sometimes figurative, sometimes abstract and sometimes in-between. The Abramses lived in the former house of poet Emma Lazarus, on West 10th Street in Greenwich Village, where Abrams held salons and mingled with other Abstract Expressionists. She had her first solo exhibition in 1934, at the ACA Gallery, and went on to have 15 more, but she never achieved major establishment recognition. Nor did that come posthumously; after her death, in 1986, New York University’s Grey Art Gallery held a significant exhibition of her work, but then, for 26 years, nothing. Until now.

Through January 6, 2013, Yeshiva University Museum is exhibiting “Microcosms: Ruth Abrams, Abstract Expressionist,” a small but earnest retrospective that gathers canvases spanning the 1940s through the ’80s. The show is organized by Reba Wulkan, a former Y.U. Museum curator who first encountered Abrams’s art after her death, when the estate’s executor approached the museum. Wulkan wrote her thesis about Abrams, and with this exhibition she aims to revitalize the artist’s reputation and contextualize her work in relation to her contemporaries.

That process begins with the introductory wall text, which lists areas where Abrams overlapped with the Abstract Expressionists, including an exploration of color and space and variations in size and scale. True enough, but Wulkan’s third area of interest, the tension between abstraction and figuration, is the most important here. Looking at the art itself — light-saturated still lifes, colorful pairs of seated women, refracted landscapes — it’s immediately clear that this is the point at which Abrams actually diverged from her peers: She never abandoned figuration. For her, the more traditional scenes of painting offered a continual starting point for wading into abstraction, and though she pushed and pulled at them with varying degrees of intensity, she never destroyed them altogether. The most striking and successful example of this is “Memory of My Mother,” a 1947 painting featuring the outline of a woman dissolving into a stunning network of interlocking and interwoven colors.

Visitors to the Museum of Modern Art’s recent de Kooning mega-retrospective may point out that he, too, continued to paint figures, and they would be right. But the difference here is one of sensibility, a way of approaching the practice of art: We get the sense that for Abrams, the process was less self-involved, less an aggressive means of conveying her own vision and identity — in other words, less macho. While her work is undoubtedly expressive, she seems to be trying to understand the world outside as much as, if not more than, the one within.

The title of the exhibition comes from Abrams’s crowning achievement, a series she worked on from the 1950s to ’70s, titled “Microcosms.” In complete contrast to the prevailing style of the day, and consequently much to everyone’s horror at the time, the works are tiny canvases, some as small as 2 by 3 inches. Mostly rectangles, they’re all pure abstraction, swathes and strokes of color. Surprisingly, given their size, some were inspired by space exploration and interstellar landscapes. As Abrams explained in a film she made to accompany the series, “I realized I could never do anything as big as the bigness I was now aware of, and that paradoxically, in order to convey that bigness, I had to move away from it and paint small.”

In the movie, the camera films the microcosms up close, panning across them the same way it might sweep over a lunar terrain. In person, the canvases, though beautiful and kinetic, feel far more earthbound. Abrams’s handling of paint is light, rendering the works largely two-dimensional, and I continually glimpsed in them suns and mountains and other parts of the earthly landscape. Fortunately the canvases don’t suffer from this; in fact, many of them benefit. In the series, as in the rest of the show, Abrams is best when she brings the tension between abstraction and figuration nearly to a boil. Her most captivating works show us the world at the moment just before it dissolves into paint.

Jillian Steinhauer is the assistant editor of the art blogazine Hyperallergic.