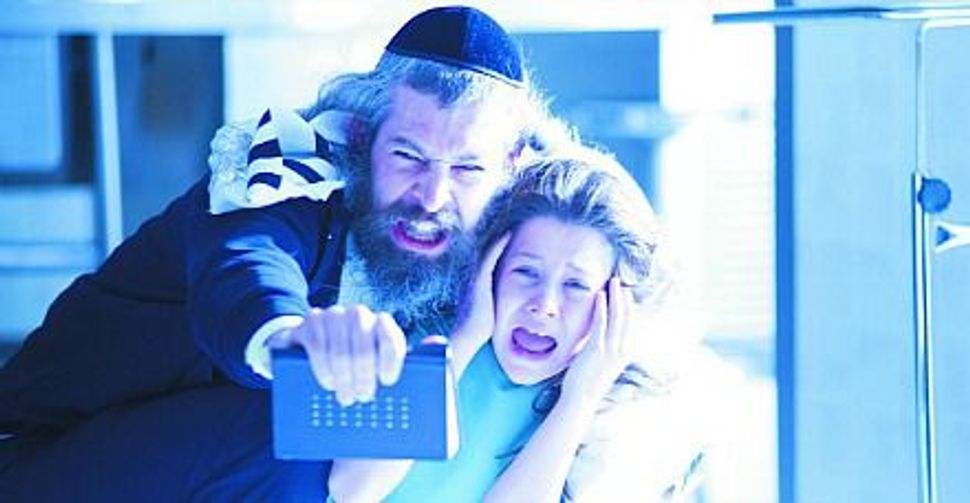 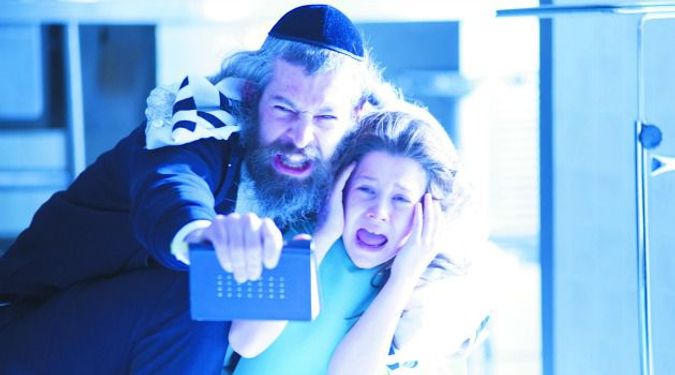 If there had been stand-up comedy in the shtetl, “The dybbuk made me do it!” could very well have been a popular catchphrase. The myth of an innocent person turning to evil because a demon has taken possession of his or her body is common to all cultures, but it has deep roots in Jewish legend.

Based on a 2004 Los Angeles Times article about a box purchased on eBay that brought bad luck to its owners, the film concerns a 9-year-old girl who buys a mysterious, ornate box in a yard sale and pries it open, whereupon a demon takes over her body. Her parents seek help from a mystical, street-smart rabbi’s son named Tzadok (“the righteous one” in Hebrew). He is played by Hasidic rap and reggae star Matisyahu in his first major movie role, which was filmed before he shaved his facial hair. The box turns out to have been owned and abandoned by a Jew who was fleeing the Nazis and somehow infected it with a demon that takes over the body of whoever opens it.

The Jewish riff on demonic themes would seem to be an original spin on a familiar story, but “The Possession” hardly represents the first time that a dybbuk has shown up on screen. Paddy Chayefsky used the dybbuk theme in his 1959 play, “The Tenth Man,” in which a young girl at a Long Island synagogue is possessed by the spirit of a woman wronged years earlier by a man in the minyan; the play was filmed for German television in 1965. The Coen brothers opened their 2009 film, “A Serious Man,” with a Yiddish prologue about a dybbuk that served as a metaphor for the moral dilemma faced by the beleaguered protagonist. And the dybbuk plot was certainly familiar to Yiddish theater- and movie-goers who saw S. Ansky’s play “The Dybbuk,” which was made into a movie in Poland in 1937. Ansky wrote his play between 1912 and 1917, after he took a journey through Eastern Europe to research local folklore and was inspired by tales of possession and exorcism.

His trip was cut short because of the outbreak of World War I, and he never lived to see his play produced, nor did he see the film that was based on it. But according to Sharon Pucker Rivo, co-founder and executive director of The National Center for Jewish Film at Brandeis University, Ansky was part of a trend of Jewish writers “who began to seek sources of inspiration for Yiddish literature not in contemporary European culture, but in their own distant, and in some cases, not-too-distant past: In the Bible and midrashic literature, Old Yiddish medieval romances, stories of the Hasidim, Haskalah literature and folktales.”

“The Dybbuk,” a classic of Yiddish cinema, tells of two Hasidic students who come to their rebbe’s court and are so moved that they vow to marry off their newborn children to each other. The rebbe and a brooding visitor, The Messenger, warn them against making this vow, but the vow is not honored: One man’s daughter grows up and is betrothed to a rich man rather than the brilliant scholar to whom she was promised. Just as The Messenger predicted, bad things start to happen to good people: The spirit of the intended groom possesses the bride’s body as she stands under the chuppah and this dybbuk begins to speak through her. Only an elaborate ritual can free her from the dybbuk. The film is notable for the care with which it depicts the rituals of the Hasidic court and illuminates that culture’s beliefs. This care in looking back on the past may have reflected the very real fears of the Jews of Ansky’s era of persecution and the disappearance of their culture. J. Hoberman wrote in his book “Bridge of Light: Yiddish Film Between Two Worlds” that the film was “the most ambitious Yiddish movie of its day…. Whatever the movie’s original intentions, events have dictated that its themes will be read as harbingers of exile and oblivion.” 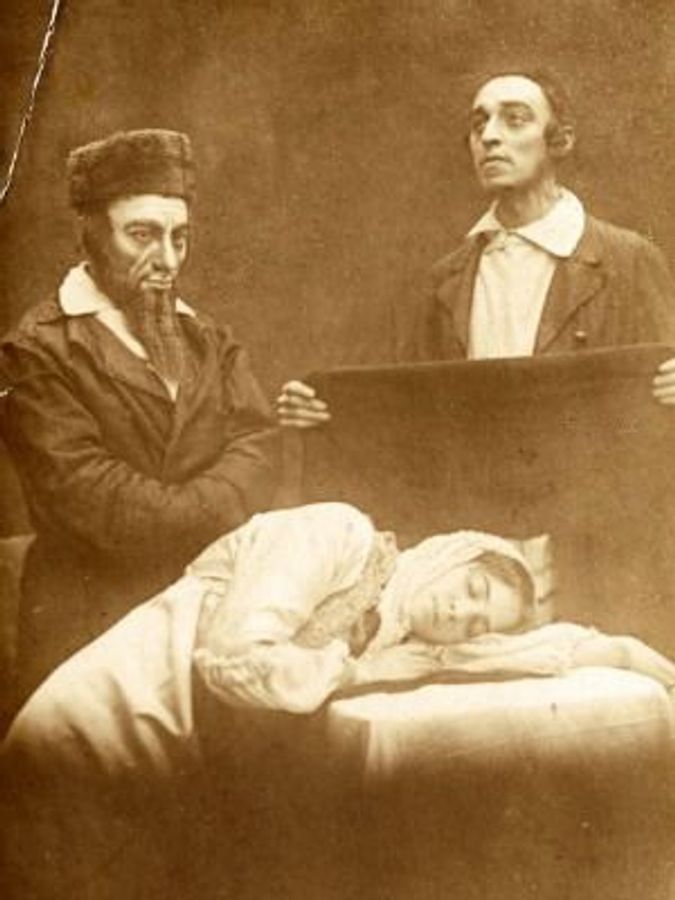 A Woman Possessed: Vilner Trupe appears in a 1920s Polish production of S. Ansky?s classsic, ?The Dybbuk.? Image by wikicommons

“The Dybbuk,” which was directed by Michal Waszynski, featured many of the leading lights of the Yiddish film world, including Abraham Morewski as the Rebbe of Miropole; Lili Liliana as Leah, the bride, and Leon Liebgold, who had performed with Molly Picon in “Yidl Mitn Fidl,” as the jilted scholar who becomes a dybbuk. Liebgold went on to play the title role in “Tevye,” the first filmed production of what would become “Fiddler on the Roof.” “The Dybbuk” was a big hit in both Europe and the United States, but most of its cast and crew did not survive the Holocaust. All copies of the film were believed to have been lost or destroyed, but the National Center for Jewish Film managed to find and restore a print in 1989. Now available from NCJF on DVD, it is the best-known depiction of a dybbuk in film. Two other Yiddish films, “A Vilna Legend” (which was made in 1924 and enhanced and rereleased in 1933) and “The Vow” (1937), which was also based on Ansky’s play, dealt with the theme of demonic possession, but neither had the same impact.

Might “The Possession” spark a new era of on-screen Semitic demons? It’s too early to say. But since it’s a horror flick, chances are good that by year’s end, the movie will wind up on most critics’ lists of films that made them say “Oy!”

Hannah Brown is the author of the recently published novel “If I Could Tell You” (Vantage Point). She is the movie critic for The Jerusalem Post.