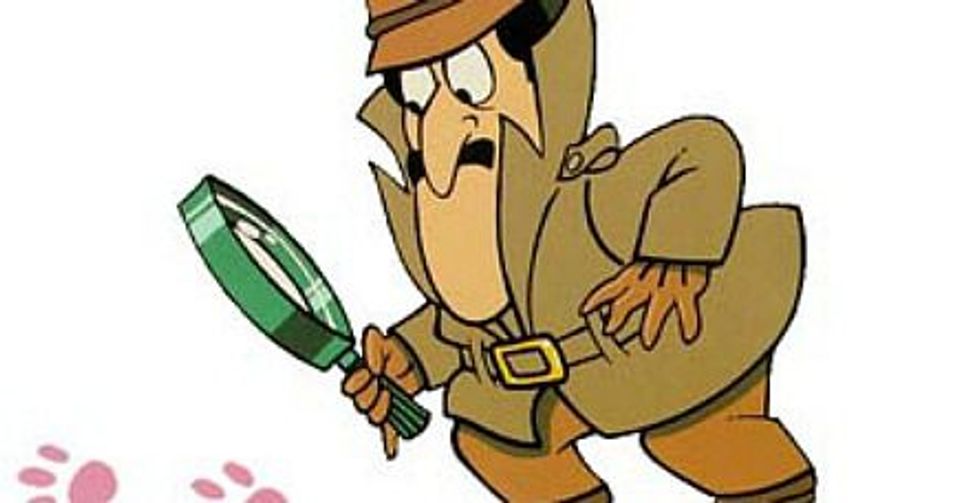 Time to catch up on some mail! 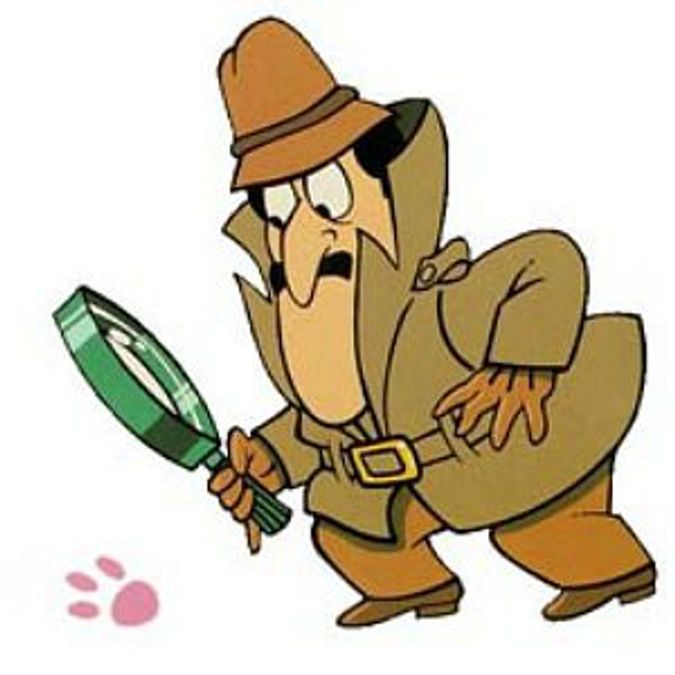 Inspector Nishperer: Rummaging around like Inspector Clouseau is not a great idea, as anyone?s grandmother may say.

Yimaḥ sh’mo v’zikhro, or often just yimaḥ sh’mo, “May his name be blotted out,” is a strong curse in Hebrew, similar in tone to English “God damn him!” But while it no doubt expresses the gut reaction of many Jews who suffered from centuries of Christian persecution, Mr. Frenkel is putting the cart before the horse. The name Yeshu, which occurs in several places in the Talmud as the name of Jesus of Nazareth, came long before the acronym. Its interpretation as an acronym first occurs in medieval times. The earlier rabbis used acronyms frequently, but nowhere did they treat “Yeshu” as one. (If they had thought it was one, they would have spelled it יש”ו rather than ישו, with the quotationlike mark before the last letter that is always used to indicate abbreviations or acronyms in Hebrew.)

Indeed, though an uncommon name among Jews in Jesus’ time, Yeshu was not an unknown one. A “Rabbi Yeshu,” obviously not Jesus of Nazareth, is mentioned by the Jerusalem Talmud, which also speaks of a “Rabbi Yoshu, the son of Rabbi Tanchum.” Nor is there any mystery about why Yeshu’a, spelled in Hebrew ישוע, yod-shin-vav-ayin, should have contracted into Yeshu, spelled ישו. Jesus hailed from the Galilee, and ancient rabbinic sources tell us that Galilean Jews tended to drop the ayin, a pharyngeal catch in the throat that eventually disappeared from the Hebrew of all Jews not living in Arab lands.

Since Greek, the language of the New Testament, had no “sh”-sound, Hebrew Yeshu became New Testament Iesou. And since Greek proper names, like all Greek nouns, have cases, and a final “s” is a common marker of a masculine noun in the nominative or subject-of-the-sentence case, Iesou became Iesous, the form in which it has reached us in English, allowing for the change of “I” to “J.”

Jeffrey Salkin makes an interesting point about the proposed connection between “macabre” and “Maccabee” that I discussed in my column of August 3. One of the difficulties with this connection, I wrote there, was that the “Maccabean martyrs” who were glorified by the Catholic Church for going willingly to their deaths rather than violating their faith do not seem analogous to the doomed individuals summoned by the figure of Death in the medieval danse macabre. Mr. Salkin, however, observes that the story of the Maccabean martyrs, like the danse macabre, was popularized by the medieval church through the medium of public pageants, and that “these spectacles were intended to draw a crowd. Then, as now, people liked violence, and so such performances were particularly bloody and gory — that is, macabre.”

Although to the best of my knowledge, the danse macabre was not particularly bloody or gory, Mr. Salkin may very well be right. His observation, I think, does strengthen the case for the Maccabee-macabre connection.

Zalmie Jacobs writes that in my July 20 column, which dealt with the different vocabulary sometimes used by Yiddish to refer to Jews and gentiles, I missed an opportunity to elucidate my point by means of the Yiddish verb nifter zayn, to pass away, which is used only in the case of Jewish deaths. “The term originates,” Mr. Jacobs writes, “in the Hebrew root p-t-r and refers to a dead person being patur, exempt, from performing the commandments. Of course, a non-Jew is by definition already patur from most of the commandments, so it wouldn’t make sense to refer to a dead gentile as a niftar. I’m surprised you didn’t mention this in your column.”

I didn’t mention it because such an interpretation of niftar, like the interpretation of Yeshu as an acronym, is a retroactive one. The basic meaning of the root p-t-r in Hebrew is to give someone leave, and in its Nif’al form of niftar, it means to take one’s leave — that is, to part with someone or something, as in the rabbinic dictum, “He who parts [niftar] from a friend must first ask permission.” Niftar in the sense of a deceased person, therefore, originally meant someone who has taken leave of this world, not someone who has been given leave not to observe the commandments. And indeed, as Mr. Jacobs himself observes, if it meant the second thing, the deceased would have been called a patur and not a niftar.

And finally, Shelly Rosen wants to know whether, when she says, using an expression she learned from her mother, “Don’t nishper in my drawer,” or “Stop nishpering in jewelry box,” “nishper” is a word that her mother made up or a real, possibly Yiddish one.

The word is a real, definitely Yiddish, one. Ms. Rosen’s mother, however, said ‘Don’t nishter,” using the Yiddish verb nishtern, to rummage, rather than “Don’t nishper.” Which is no reason for Ms. Rosen not to go on saying, “Don’t nishper.” The nishperer will know what she means, even if her Yiddish is imperfect.

Questions for Philologos can be sent to the atttention of philologos@forward.com