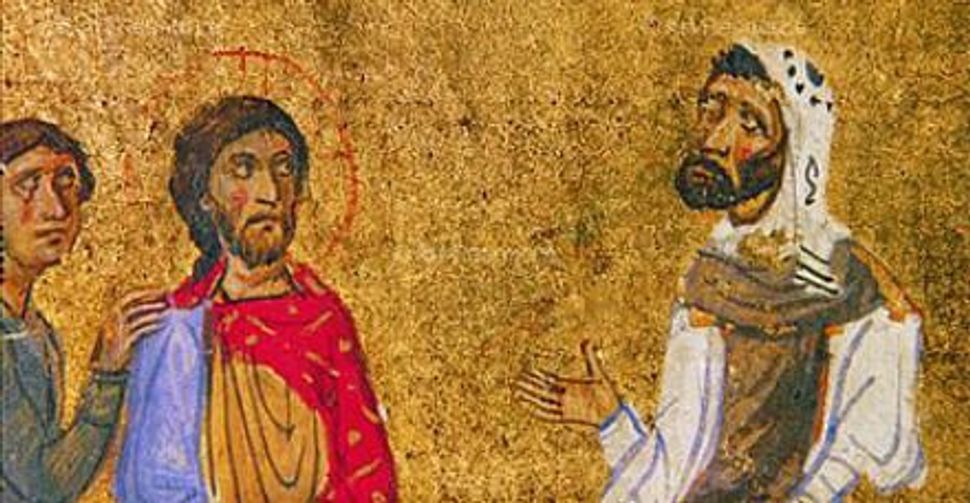 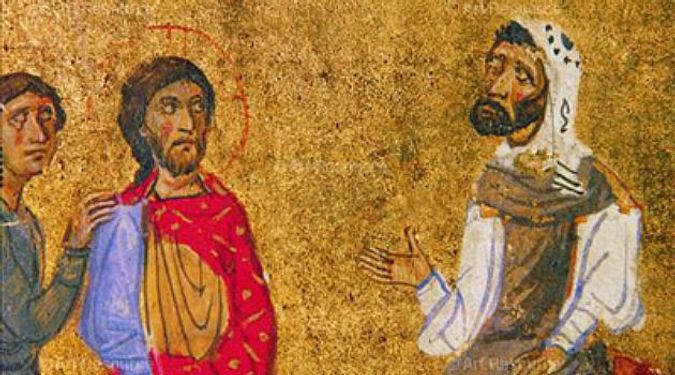 The Jewish Gospels
By Daniel Boyarin
The New Press, 224 pages, $21.95
The Jewish Jesus: How Judaism and Christianity Shaped Each Other
By Peter Schäfer
Princeton University Press, 370 pages, $35

As someone who writes in the academic world and the worlds of journalism, activism and the popular press, I’ve been painfully aware of some differences among them. Good scholarship complicates, good activism simplifies. Good academic work is generally specific and obscure, but good popular work requires the general, the relatable.

These tensions are all at play in the recent bumper crop of books on Jesus and Judaism (this is the Forward’s fourth review of such books in this calendar year). Some have been scholarly and dense, others popular and outright ridiculous in the claims they have made. 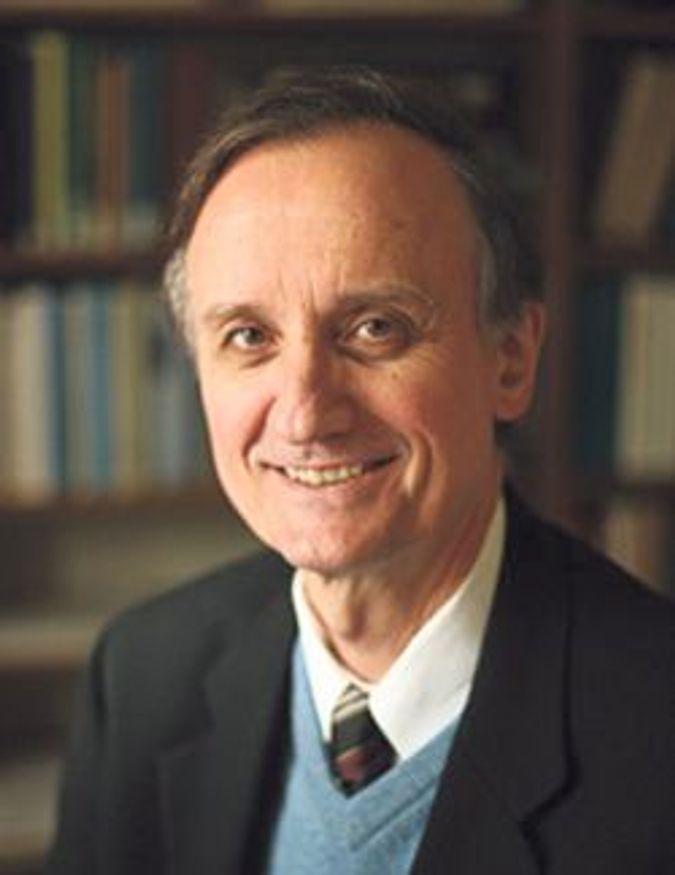 And some, like Daniel Boyarin’s “The Jewish Gospels” and Peter Schäfer’s “The Jewish Jesus,” seem caught in between. Both books are by esteemed scholars whose work is deservedly well known, and whom I myself have studied for 20 years (Boyarin, in fact, was my master’s advisor at Hebrew University many years ago). Yet both appear to make a misguided case for a wider readership. Their provocative titles are ultimately misleading: Boyarin’s book barely touches on the Gospels, and Schäfer’s is not about Jesus. Furthermore, while their introductions purport to appeal to a large audience, the body of each book is actually standard academic fare: detailed, attentive, a bit dry and highly intellectual. Not that there’s anything wrong with that.

The two scholars are also locked in the kind of intellectual death match that goes on all the time in the academy but probably looks like a catfight from the outside. In a scalding takedown of Boyarin’s book in The New Republic, Schäfer wrote that “Boyarin’s book leaves the reader irritated and sad. It has very little that is new to offer — and what appears to be new is wildly speculative and highly idiosyncratic.”

Ouch! As if that weren’t enough, Schäfer goes on to accuse Boyarin of the cardinal sin of academe: not being aware of prior scholarship. Boyarin, Schäfer says, “does not even bother to mention the relevant literature. Instead he pretends to have invented this wheel.” Certainly, there is no graver transgression; the scholar is either a dupe (stupidly not reading the books on the syllabus) or a knave (taking credit for other people’s ideas). I’m not sure which is worse.

Okay, well, underneath all the sniping, what are these books, and this controversy, really about?

The books, and the fight, are about the relationship of Judaism and Christianity. Once upon a time, Christianity was regarded as the “daughter religion” of Judaism. Christianity grew out of Judaism, but the two faiths were different, distinct and sharply divided on critical issues, such as whether God had a son and whether Jesus was Him.

No one in academia believes this picture anymore. In fact, as Boyarin and Schäfer have both shown in their work for years, the borders between Judaism and early Christianity are porous and artificial — drawn by elites precisely because they were routinely being effaced by everyone else. In previous books, such as “Border Lines: The Partition of Judaeo-Christianity” and “A Radical Jew,” Boyarin has shown how Christian Jews in the first centuries of the Common Era drew from existing Jewish traditions in constructing their new iteration of Judaism, while Schäfer and others have conversely shown how rabbinic Judaism responded to, rejected and sometimes incorporated ideas from the new Christian sect. As Schäfer writes in “The Jewish Jesus,” “if we wish to evaluate ‘Judaism’ and ‘Christianity’ in the first centuries C.E. from a historian’s point of view, we need to stay away from the dogmatic notion of two firmly established religions.” 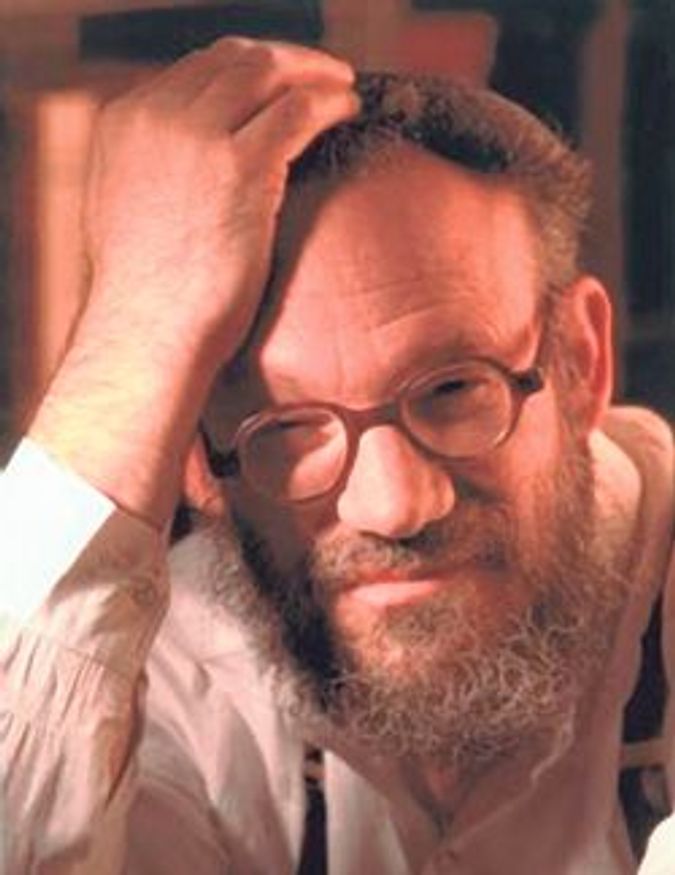 These ideas are not unique to Schäfer and Boyarin. I remember learning 20 years ago from Israel Yuval how liturgy in the Passover Seder was an explicit rejoinder to the Last Supper, and an explicit adaptation of the classical Symposium.

Ah, but in academe, the biggest fights are always about the smallest details.

Boyarin, in “The Jewish Gospels,” argues — backed up by impeccable research and readings of biblical and apocryphal literature — that Jewish texts before Jesus had notions of an incarnated Divine figure in human form (the “Son of Man”), and even a trifurcated or bifurcated Deity. The notion of a suffering and even dying messiah drew from both Isaiah and Daniel, Boyarin says. And by the way, Jesus kept kosher. Ultimately, Boyarin says, “the theology of the Gospels, far from being a radical innovation within Israelite religious tradition, is a highly conservative return to the very most ancient moments within that tradition.”

At first, Schäfer would seem to agree, which, of course, is why he ultimately disagrees so strongly. Schäfer’s book (initially titled, according to the introduction, “The Birth of Judaism From the Spirit of Christianity”) shows — also with erudition and admirably excruciating attention to detail — that the rabbis of the Talmud, particularly the Babylonian Talmud, were quite aware that older Jewish traditions could give rise to binitarian notions of God and to Divine-human figures with supernal powers: Enoch, Metatron, David, the angels and even some notions of Adam fit this bill. And Christianizing Jews did indeed connect the dots, which is why the Babylonian rabbis responded to them so forcefully.

Ironically, outside the academic world, the differences between Schäfer and Boyarin matter far less than what the writers agree upon. Schäfer says that the Jewishness of Jesus and the Gospels are “commonplace” notions, but they are not — at least, not outside the walls of Princeton and Berkeley, where Schäfer and Boyarin (respectively) teach. Boyarin claims that “by now, almost everyone recognizes that the historical Jesus was a Jew who followed ancient Jewish ways.” Really? Maybe “almost everyone” in a graduate seminar, but not in the rest of the world. There is certainly a need for a popular, accessible presentation of the ideas Boyarin and Schäfer almost take for granted. Yet while both “The Jewish Jesus” and “The Jewish Gospels” are models of scholarly research (even if we grant Schäfer’s complaints about Boyarin), neither is that book.

To be sure, Boyarin’s often tries to be. The book is a weird juxtaposition of colloquial jargon (philosophical ideas appear “on the scene,” a theological innovation is a “doozy”) on the one hand, and un-transliterated Greek words on the other. Its title, overreaching promotional copy and breathless introduction by Jack Miles, the Pulitzer Prize-winning author of “God: A Biography,” suggest an effort to reach a wider audience than those who have enjoyed Boyarin’s past books, which, to repeat, have more or less revolutionized our understanding of the Talmud, gender in traditional Judaism and the emergence of Christianity. But average Joes will be disappointed: Boyarin is too scholarly a scholar to dumb down anything.

Which is why, sadly, we’re left with some of the risible popular books that have been reviewed in these pages recently. The core ideas of Schäfer’s and Boyarin’s books are provocative and important. But there’s something almost naive about Boyarin’s hopes that “Christians will no longer be able to claim that Jews… rejected Jesus as God,” and that Jews will “stop vilifying Christian ideas about God” because of his new readings of 1 Enoch and 4 Ezra. Or that Schäfer’s important distinctions between tannaim and amoraim, Babylonian literature and Palestinian literature, will trickle down into popular understanding. We’re still waiting, I think, for the appropriate translation of these ideas into terms that are accessible, yet not infantilizing.

Midway through “The Jewish Jesus,” Schäfer complains of a “tendency in modern scholarship to mix texts and ideas into one big meat loaf just because of some real or imaginary resemblance. After the ingredients are baked — or only half-baked — they all taste the same.” This is an apt, sharp and mildly hilarious observation, although it actually applies more to popular writing than to scholarship. And therein lies the challenge these two books fail to meet. Schäfer gets worked up about the misdating of the apocryphal book of 3 Enoch, because he is a scholar and that’s what scholars do. But out here in the nonacademic world, people like meat loaf.

Jay Michaelson, a contributing editor to the Forward, has recently completed his doctoral work on Jewish-Christian heresy and will soon (hopefully) have an academic position of his own.