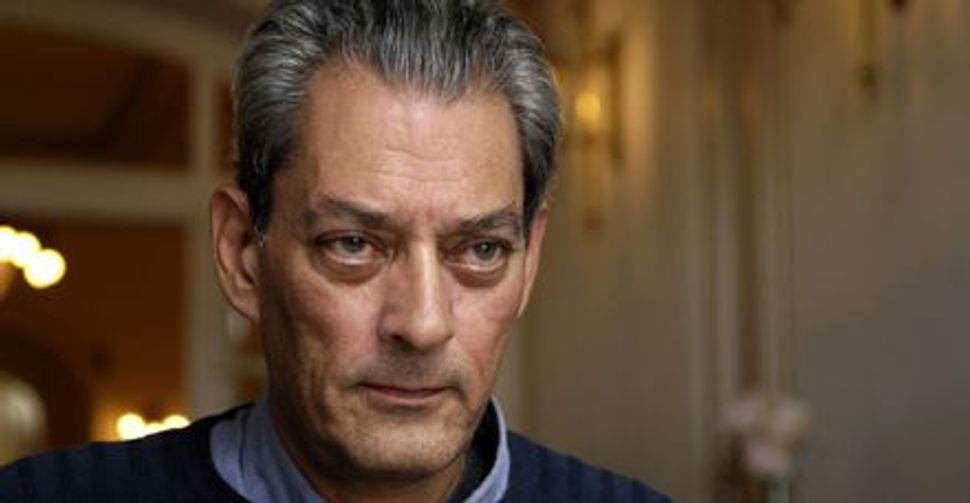 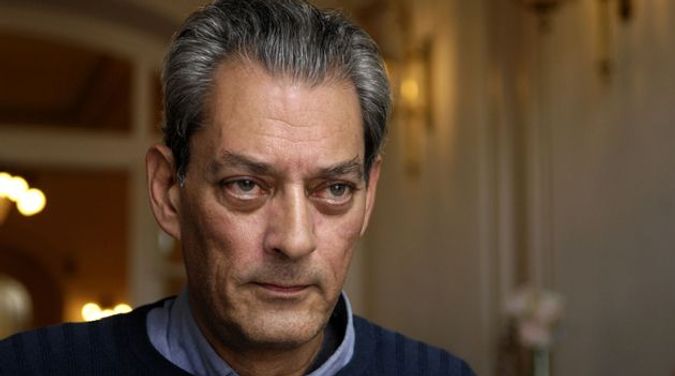 The Winter of His Discontent: Paul Auster?s newest work explores some of his dark obsessions. Image by getty images

Paul Auster is one of America’s greatest storytellers. An errant phone call, a surprise inheritance, an urge to document every misstep you’ve ever made — Auster’s fiction often begins with unremarkable events and desires, only to end someplace unsettling and unrecognizable. Novels such as “The New York Trilogy,” “Invisible” and “Moon Palace” burrow inside you. They slowly confront you with questions about books, about writing and about what it means to tell a story. Weeks — months — after you’ve put down one of Auster’s novels, you find yourself still thinking about its hero and the strange loneliness that keeps him trapped but liberates him all the same.

Auster’s newest book is a chronicle of aging and of the death of his mother. The latest in what has become a series of memoirs and personal histories, “Winter Journal” withholds by confessing. Auster, born to a Jewish family in Newark, N.J., in 1947, teases the reader by exposing so many details of his life. He gives us lists of places he’s lived, of places where you used to be able to smoke, of the physical and psychological wounds he’s suffered over the years. It feels as if the elements of a larger story are being assembled, that Auster will eventually gather these disconnected nouns into a perfect narrative of life and chance. It seems like it will be meaningful. And it even seems possible that we will learn something about Paul Auster the person, the voice behind the most haunting works of fiction of the past 40 years.

At times, Auster satisfies this demand. Sections of “Winter Journal” are beautifully rendered, pitch-perfect tales. An eight-page, single-paragraph account of the car accident that nearly killed his family (Auster was driving) is a nervous and exhilarating piece of writing. But the story is made richer still by the way it emerges out of a discarded detail. A few pages before describing the accident, Auster casually introduces the “universal dilemma” of needing to use the bathroom — a dilemma “that no one ever talks about, but everyone has been there at one time or another.” He tells one or two embarrassing stories about the need to hold it in, and then, suddenly, the car accident. Did the urge to empty his bladder cause him to press just a bit more? Did it impair his judgment? The fact that this very human urge to urinate played any role in this near-tragedy moves us away from much of the literature of aging, from the life history of medical complaints that was Philip Roth’s “Everyman,” where incontinence and impotence are obsessions in and of themselves.

This should be a microcosm of the book as a whole — fragments and facts inexplicably combining into something larger and more meaningful. But Auster keeps his book a journal. He tells us his thoughts instead of telling stories.

For all its disappointments and paths not taken, “Winter Journal” is still an easy book to like. The writing is typically beautiful. Pages explode with evocative phrases, like “a phenomenology of breathing,” “an aura of glamour” and “the choreography of dread” — each of which sounds like the title of an Auster novel. Even a wounded Auster is compelling.

Then a strange thing happens midway through the book: Miniature epics begin to appear in the form of condo meeting reports.

3/7/88. THE FENCE: Theo was given a price of $500 for the fence by his students. Certain members felt this was exorbitant; others didn’t. There was a faint agreement — that is, an agreement so vague, so slim, it might not be called an agreement at all — that if these students of Theo promised to do a good job, they could have their $500. But this is not certain….

There are at least a half-dozen of these reports, each funnier, livelier and more insightful than the last. They are unquestionably the highlight of the book, the part you’ll recommend. Auster’s wife, Siri Hustvedt, wrote some of them.

There is something exceptional in this. It’s not that Hustvedt steals the show — or, rather, it’s not only that. Once you’ve heard Hustvedt’s voice, you start to find it everywhere. A fragment of one of her texts appears, and you realize that this fragment sounds like the voice Auster has been using to tell “Winter Journal.” And at this point, you realize that this book is an act of homage, a book devoted not only to telling his wife’s brilliance, but also to making its readers want to read Hustvedt’s work.

Perhaps it’s better to say that the homage slips in next to his other themes. “Winter Journal” is still a meditation on death and aging, but love has changed the form of the meditation. The thesis, coolly running through the margins, is that this life, these “winter years,” would be unbearable and broken were it not for the love he felt for this woman.

Eitan Kensky is the preceptor in Yiddish at Harvard University.