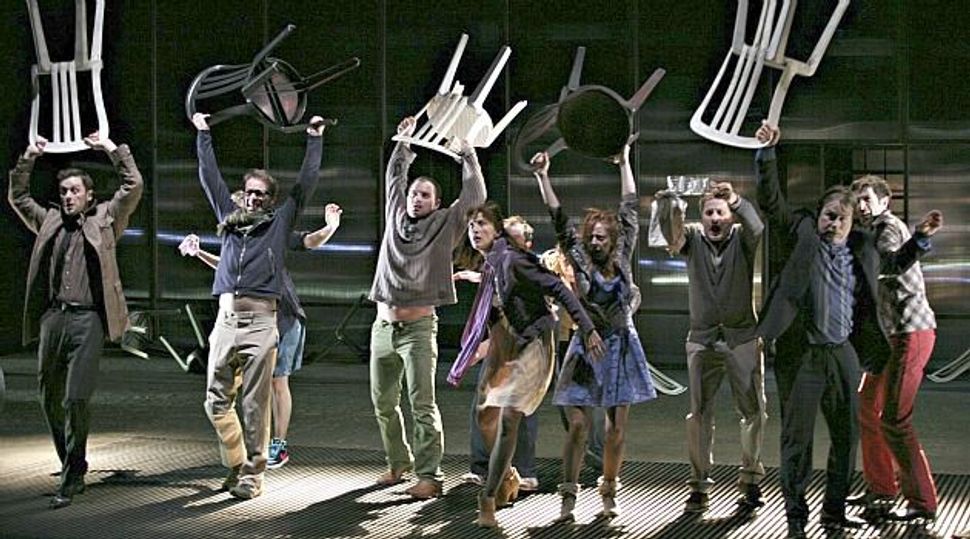 ?Rhino?s Back: Eugene Ionesco?s absurdist classic is back. Apparently, few wanted to produce it after Zero Mostel?s performance a half-century ago.

As part of its 30th Next Wave Festival, the Brooklyn Academy of Music will be showcasing Eugène Ionesco’s classic absurdist play “Rhinoceros.” The critically acclaimed production, performed in the original French by Paris’s Théâtre de la Ville under the direction of Emmanuel Demarcy-Mota, represents an all too rare occasion to see a this ebullient and shocking parable in which a French town’s residents slowly transform into rampaging rhinoceroses until only one human being, a drunkard named Béranger, remains. 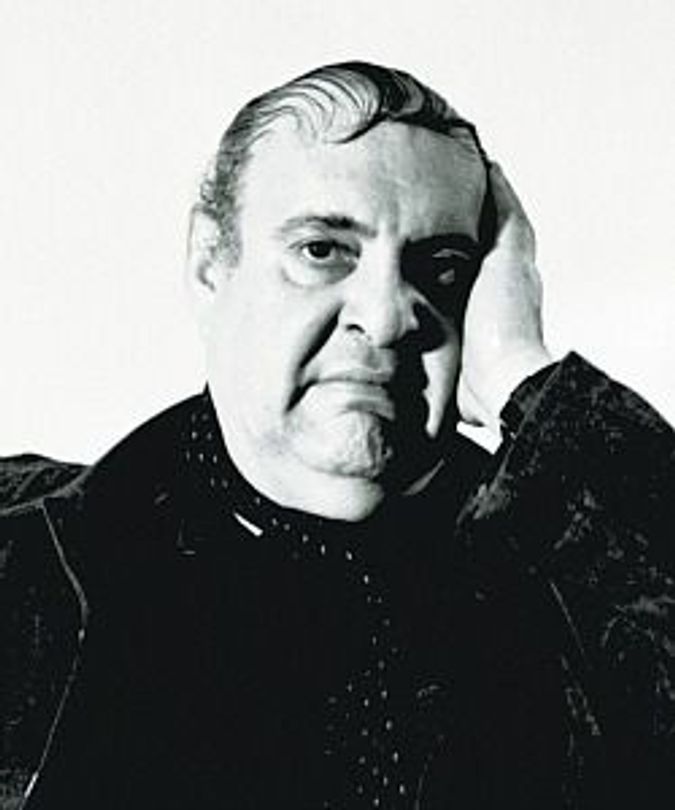 Apparently, one reason this play is produced so seldom is because of my uncle, Zero Mostel, who introduced it on Broadway more than 50 years ago — the first time anything by Ionesco had been presented in America. The production caused such a sensation that few actors have dared step into his shoes. In Newsweek, critic Jack Kroll wrote, “Something unbelievable happened. A fat comedian named Zero Mostel gave a performance that was even more astonishing than [Laurence] Olivier’s.” (Olivier had appeared in the London premiere one year earlier.) The other main actor, who played Béranger to Z’s rhino, was no slouch either — Eli Wallach. The fact that this play has been performed so infrequently in the United States is a great shame, because it is a timely exploration of delusional mass conformity, inspired by Europe’s repugnant embrace of fascism.

The subject of Ionesco’s Jewish background has been the matter of some debate. In a 1984 interview with The Paris Review, Ionesco, who was born in Romania, near Bucharest, said that in his youth he was often mistaken for a Jew and bullied because of it. And he reportedly said that his mother was a Jew from Craiova. Ionesco’s daughter Marie-France, however, has disputed this claim, stating that, although her father had positive feelings about Jews and Israel, it was more likely that one of his great-grandparents had been Jewish. When Ionesco arrived for the 1961 Broadway production of ‘Rhinoceros,’ Zero (known to friends and family as “Z”) translated his comments for the rest of the cast. They actually spoke Yiddish together, even though Z was also fluent in French.

Few people knew that, one year before Z appeared in “Rhinoceros,” a bus skidded on the ice and pinned him to a car, shattering one of his legs. He refused his doctors’ advice to allow them to amputate to avoid gangrene. Instead he underwent long experimental treatments, including the then-new idea of skin grafting. It worked. Although offstage he needed a cane for support — which he pulled off as an affectation — and for the rest of his life he needed medication for pain, no one ever perceived him as physically compromised onstage.

The scene Z is most remembered for in this play is the one in which he transformed into a rhinoceros. Ionesco had envisioned the transformation happening behind a curtain, and the actor bursting through with a rhino mask. But Z could perform the most astonishing physical feats — whether reducing Johnny Carson to hysterics by placing a proffered cigarette on his brow and somehow getting it to roll all around his face until it fell into his mouth like a pinball machine, or doing a Dada-like imitation of a coffee percolator. And he wanted to make the frightening transformation with his face and body in full view of the audience.

Z knew rhinoceroses from personal experience. His 1961 appearance in “Rhinoceros” was his first time back on Broadway after enduring the blacklist. Virtually every book about the McCarthy “Red Scare” period includes some or all of Z’s testimony in Congress. It reads well today, but it took amazing courage to pull off that “performance.” Both laugh-out-loud hilarious and seriously grounded in Jewish ethics and the American constitution, Z’s words made a mockery of the proceedings. Unlike many of his colleagues, he refused to name names. As a result, however, he went from being one of the highest paid performers to scrambling for gigs. And he had to endure the complete unraveling and suicide of his good friend Philip Loeb, who at the time had been crashing on the sofa in the apartment Z rented from Irving Berlin. Loeb had been fired from his starring role in “The Goldbergs,” the highest-rated TV show of the time, and was unable to find other work.

Zero brought the full tragic weight of his McCarthy experiences to the play, which shocked even the playwright. In the play, the lunatic assaults on reason and humanity by the ever-growing stampede of rhinoceroses take on a frightening immediacy — which will remind the audience of any number of current events by asking the enduring question: How can the individual maintain his humanity when everyone seems to be conspiring to make doing so seem wrong?

Raphael Mostel is a New York City–based composer, writer and lecturer. He frequently writes on the arts for the Forward.