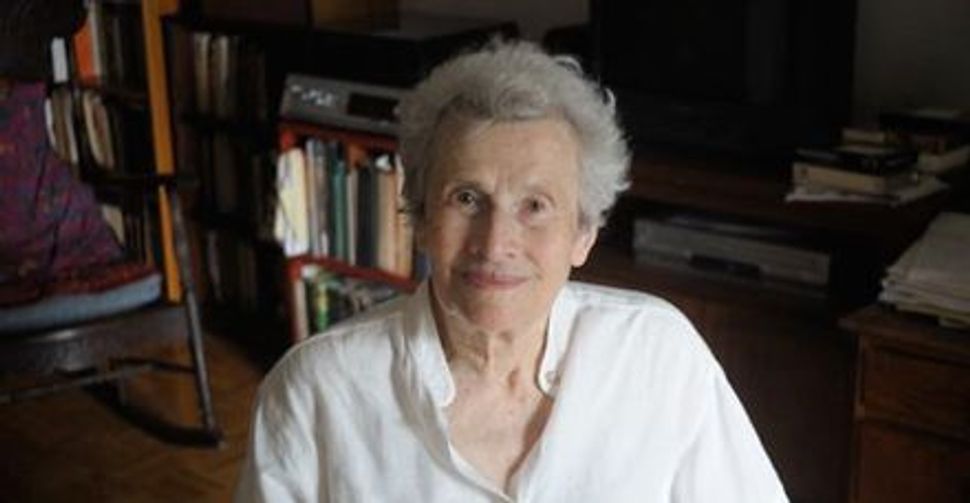 In a storage area of Washington, D.C.’s Hirshhorn Museum and Sculpture Garden, there is a striking portrait known to only a few art lovers. It’s the work of Joseph Solman (1909–2008), the Vitebsk-born American Jewish artist whose studio was located for decades over the former site of New York City’s 2nd Avenue Deli. Painted in oil on linen in 1954, “Naomi” shows a woman whose face is too determinedly hard-edged to resemble a Modigliani subject, yet she shares some of the wit and elongated grace of that Italian Jewish painter’s work. “Naomi” pays tribute to an artist who has likewise long been known to only a select few: Naomi Replansky, the 94-year-old poet whose “Collected Poems” Black Sparrow Books recently published. 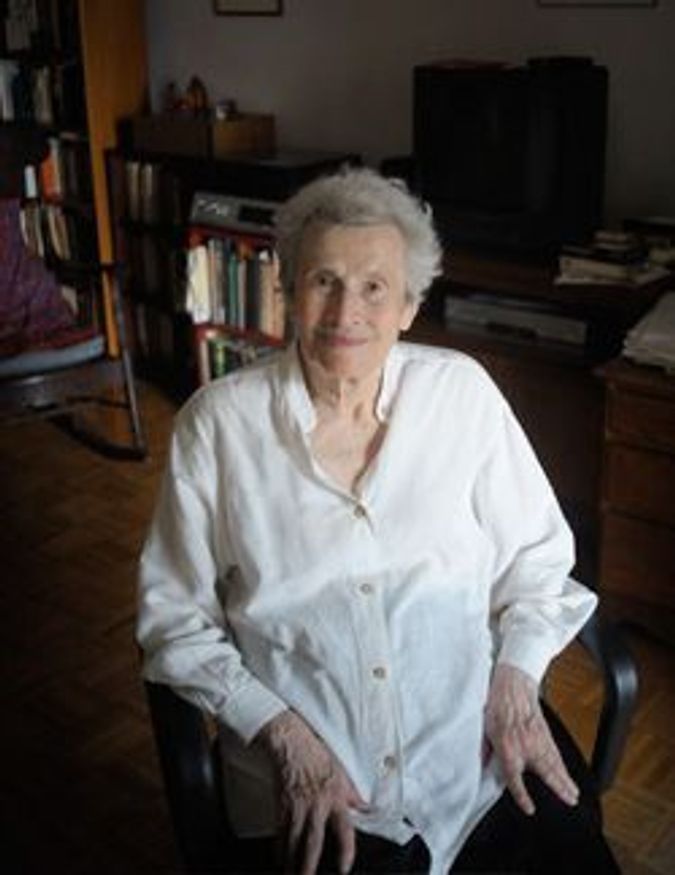 Replansky was born in the Bronx in 1918. Her mother worked as a secretary in a Harlem junior high school, while her father was unemployed for many years. Replansky toiled in factories, starting on an assembly line during World War II in the heyday of Rosie the Riveter, and eventually graduated to operating a lathe. Years later, she trained herself to become a pioneering computer programmer for not-for-profit organizations, starting with the earliest punched cards used by the first giant computers. This variegated background helped Replansky develop into an eloquent poet of the working class. Her first publication was in a 1936 anthology, “Contemporary American Women Poets: An Anthology of Verses by 1311 Living Writers,”, Marianne Moore and Muriel Rukeyser. edited by Tooni Gordi. In the anthology, the teenage Replansky is featured alongside such established fellow writers as Babette Deutsch

From childhood onward, Replansky’s chief inspiration was drawn from the oral poetry tradition: “Mother Goose / Was my metrical muse,” Replansky has asserted in a poem. At age 10, she relished the ballads of Rudyard Kipling, whereas at 13, she was transfixed by the words and structure of spirituals, especially “Sometimes I Feel Like a Motherless Child,” as sung on the radio by African-American contralto Marian Anderson. Later in her teens, Replansky discovered the Border Ballads, old songs recounting tales of violence and the supernatural along the England-Scotland border.

From these and other sources, Replansky derived a style with the immediacy of folksong and a quirkily personalized turn of expression that owed much to her Jewishness, as in her 1946 poem, “The Six Million,” which is eloquent in its plainness and simplicity:

Another evocation of wartime carnage in the age of the A-bomb, the quatrain “Epitaph: 1945,” was written at the end of World War II:

My spoon was lifted when the bomb came down
That left no face, no hand, no spoon to hold.
A hundred thousand died in my home town.
This came to pass before my soup was cold.

After the war, Replansky’s attention was drawn to the practical necessity of earning a living, as her 1957 poem “Night Prayer for Various Trades” makes explicit. The poet is a longtime leftist, and her muse definitely works in a union shop:

Machinist in the pillow’s grip,
Be clumsy and be blind
And let the gears spin free, and turn
No metal in your mind
[…]
Laborer, drift through a dark
Remote from clay and lime.
O do not tunnel through the night
In unpaid overtime.

Although fully aware of the dangers of excessive retrospection (in “Fire in the City,” from 1972, Replansky noted: “We’ll turn into salt / if we turn to look back”) she nevertheless retained an awareness of wartime losses and, specifically, of the fate of Europe’s Jews. She translated Bertolt Brecht and other German poets, and also verse by the Yiddish poet Itzik Manger, which is included in the new anthology. “Korczak and the Orphans” also dates from 1970, with Replansky expressing, more than a quarter-century after the events described, her emotions about the story of Janusz Korczak, the Polish-Jewish educator who refused to abandon the Jewish children in his charge, accompanying them instead in deportation to the Treblinka concentration camp from the Warsaw Ghetto:

He made his choice.
He went with them.
Their eyes so large,
Their ribs so plain
[…]
In the bookkeeping
Of the butchers
How small an entry
This would make:
192 children,
13 adults.

For some decades, Replansky has shared her life in an apartment on Manhattan’s Upper West Side with the American Jewish author Eva Kollisch, a professor emerita at Sarah Lawrence College. Born in Vienna in 1925, Kollisch was rescued from the Nazis on a 1939 Kindertransport to the United Kingdom, eventually arriving in America in 1940. Like Replansky, Kollisch started out working in factories during World War II, but eventually became a specialist in German and comparative literature. In 2000, Kollisch published the memoir “Girl in Movement,” about her life as a young Viennese Jewish refugee in Staten Island, and in 2008, she published, “The Ground Under My Feet,” a meditation on being a Holocaust survivor.

Despite all this, Replansky has retained an inner blitheness that has drawn her to other high-spirited writings by such poets as W.H. Auden, Marie Ponsot and the late British author Stevie Smith. Not only did Replansky admire Smith (1902–1971) — a strong influence on her later work — and conduct a correspondence with her, she even made a pilgrimage to the ailing Smith’s home in Palmers Green, a London suburb, in 1969. Unlike Smith, whose most famous poem is titled “Not Waving but Drowning,” Replansky, through her art, has been waving, and decidedly not drowning. While some Jewish women writers, such as Tillie Olsen have expressed resentment about the interruptions to their literary productivity caused by life and work, Replansky seems to bear no grudges. Instead, she is modestly apologetic for her less-than-prolific output over the years. In the foreword to her collection, she writes, “Forgive me my unwritten poems:/ how many have I trampled, / how many ignored.”