Into Eye of Bob Dylan’s ‘Tempest’ 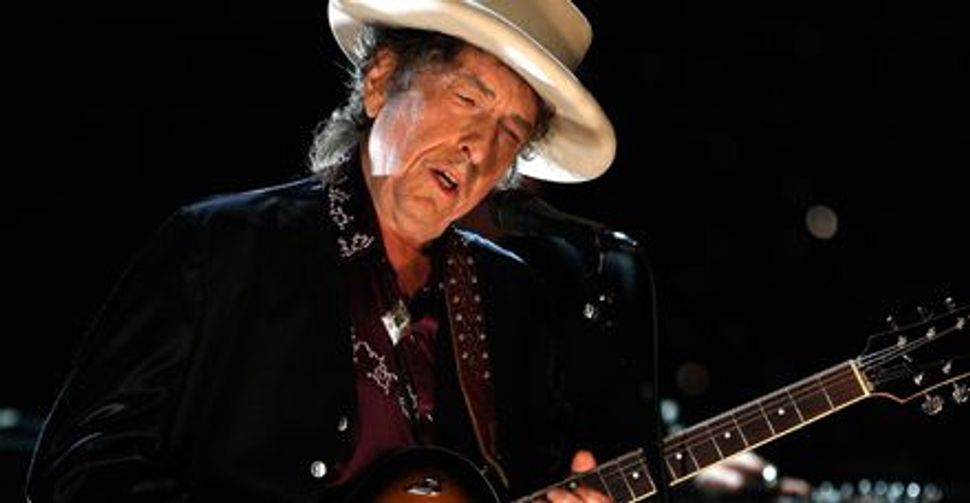 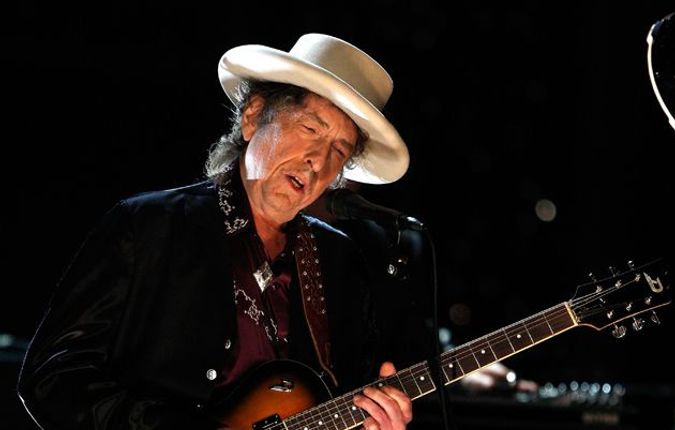 Sail On: Dylan is marking his 50th year in show business with a new album and another tour, this time with Mark Knopfler, another famous Jewish rock ?n? roller. Image by getty images

When listening to a new Bob Dylan album, is it possible to hear it in and of itself? Or are we destined to hear only Dylan against Dylan? And if so, how can anything new hold up against those first thrilling chords of “The Times They Are a-Changin’”? Or Dylan gone electric — the ecstatic, in-your-face start to “Blonde on Blonde”? Or the exquisite longing of “Blood on the Tracks?” Or the later Dylan, which I’m going to mark at 1997’s nearly perfect “Time Out of Mind,” released not long after Dylan was hospitalized, and stated with unusual candor and clarity: “I thought I was going to meet Elvis.”

Who out there is coming to “Tempest,” his 35th album, which is being released during his 50th year in show business, as an introduction to Bob Dylan? I expect absolutely no one. And so we expect that Dylan will outdo himself. Sometimes he does, but not here. In “Tempest” we find Dylan, at 71, toying with his usual concerns: women (a perennial obsession), mortality, class, fame in its decline, notoriety, social justice and the endless journey, the wide and beautiful sound and landscape of America. The album has all these elements, along with that strange and wonderful dissonance of music, voice and lyrics, and yet it often feels like Dylan phoning in Dylan.

“Tempest,” which runs a long 68 minutes, begins with “Duquesne Whistle,” a train song signaling that we are headed on a journey; however, we spend less time on the tracks than deep in the terrain of the heart. “You’re the only thing alive that keeps me going; you’re like a time bomb in my heart,” Dylan sings. The heart grows even more bitter in “Soon After Midnight,” the album’s shortest and most captivating song, reminiscent of the cool crooned waltzes of “Nashville Skyline.” Now, though, that voice is ragged. “Two-timing Slim / Who’s ever heard of him? / I’ll drag his corpse through the mud,” Dylan sings in the stripped and lacerating voice that informs this album. I don’t see how anyone could believe he is joking.

It is impossible not to search for the Dylan beneath the Dylan mask; it is a game both Dylan and his listener pledge to play. And in “Long and Wasted Years,” a nearly spoken plea to a straying lover that references “Twist and Shout” but brings to mind less the Beatles or the Isley Brothers than the studio sound of his own underappreciated 1985 “Empire Burlesque,” we do locate Dylan: “I wear dark glasses to cover my eyes / … / Come back baby / If I hurt your feelings, I apologize,” he sings. We find Dylan most often in the songs of the heart.

Dylan need not be contrite, as he is still writing the most compelling lyrics out there, but we lose him in the second half of the album. “Scarlet Town” is a gloomy, nearly seven-minute ballad, a relentless series of mundane couplets. “Early Roman Kings,” a 12-bar blues number with playful percussion, cuts the gloom, but the tone changes with the trite “Tempest,” a nearly 14-minute fiddle waltz that relates the tale of the sinking Titanic: The story is rife with age-old issues of class, love, dashed dreams and tragedy, but here it falls flat.

The album ends curiously, with “Roll on, John,” Dylan’s wan tribute to John Lennon. It recalls “Shooting Star,” from “Oh, Mercy,” in its simplistic word play, referencing everything from the Beatles and Simon & Garfunkel to “Home on the Range,” and it ends the album with the feeling that Dylan is talking not just about Lennon, but also about music as we know it.

Or perhaps it’s Dylan’s music as he knows it. Dylan won’t be here forever — and he has reminded us of that ever since his motorcycle accident in 1966. To his credit, Dylan, the Joyce Carol Oates of the music world, is still making powerful and important work, and he hasn’t stopped touring since the ’80s. While furious and deadly, perhaps beautiful, a tempest is a storm conjured. And “Tempest,” even with its snarling lyrics, its appreciation for the American songbook, the voice stripped and lived in, is in most parts a re-creation. It does the job, but don’t let it be your first Dylan album. And for those out there looking at their watches, it won’t be Dylan’s last, either.

Jennifer Gilmore is the author of the novel “Something Red” (Scribner, 2010). In April 2013, Scribner will publisher her third novel, “The Mothers.”

Into Eye of Bob Dylan’s ‘Tempest’