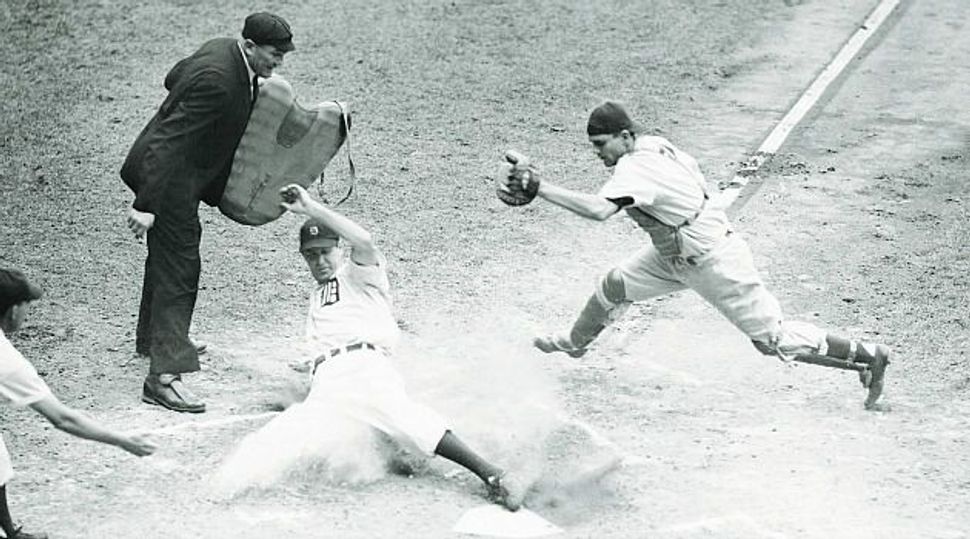 As long as people are reading the Bible, Jews will always be thought of as a stubborn people. You can thank God for that: In Deuteronomy 9:6, God tells Moses that the Israelites are “stiff-necked.” As long as there are rich people named Rothschild, there will always be people that are convinced Jews run the global financial markets. As long as there are copies of Frank Zappa’s 1979 album “Sheik Yerbouti” for sale, listeners will always have a lewd example of the stereotypical Jewish American Princess. Stereotypes have followed Jews all across the globe, no matter how inaccurate or insensitive they may be.

In their introduction to “Jewish Jocks,” New Republic editor Franklin Foer and former Tablet Magazine editor Marc Tracy, now a staff writer at the New Republic, don’t use the word “stereotype” to discuss the fact that there haven’t been that many truly great Jewish athletes. Instead, they refer to a “Jewish ambivalence” about sports, noting that swimming is mentioned in the Talmud for the sake of survival and that Maimonides espouses exercise for a healthy body, but never for the sake of competition.

But Jewish failure at sport is another stereotype that has been around for centuries, never mind the fact that the modern era has produced a handful of great Jewish boxing world champs; Jews who have raised the Stanley Cup over their heads; Jews who helped create the style of American football that millions watch every Sunday, and, of course, Sandy Koufax, who retired from baseball in 1966 and is still considered the quintessential American Jewish athlete of the last hundred years. An essay on Koufax, written by Jane Leavy, who already wrote extensively about him in her 2005 best-selling biography of the pitcher, appears in “Jewish Jocks.” Here her take is a bit more personal, as she discusses Koufax accepting an invitation to her daughter’s bat mitzvah.

“Jewish Jocks” is filled to the brim with impressive writers writing about impressive people. The assembled names constitute a who’s who of popular fiction writers, award-winning journalists and a few folks who have had films and television shows adapted from their work. But while the title implies that the collection could help chip away at the age-old stereotype by presenting tales of, well, Jewish jocks, a good portion of the book is dedicated to Jews known more for their brains than for their fast legs or great passing arms.

Deborah Lipstadt, the prominent Holocaust historian whose July piece for Tablet Magazine, “Jewish Blood is Cheap,” called out the International Olympic Committee for not acknowledging the slain Israeli athletes of the 1972 Munich games, revisits the massacre with her contribution, “Martyrs of Munich.” Lipstadt tells the condensed story of the Munich Olympics massacre and its aftermath in just four pages, and her essay feels as though it has been forced into an otherwise clever and nuanced collection.

With contributors such as Foer’s brother Jonathan Safran Foer (he writes about the late chess genius and possible lunatic Bobby Fischer); New Yorker editor David Remnick (who amusingly describes Howard Cosell as “a jowly Jewish lawyer from Brooklyn with an alarming toupee and a grave, nasal voice that sounded like middle-period Dylan imitating Winston Churchill”), and Howard Jacobson (who gushes all over Marty Reisman, the man he calls “the best table tennis player America has produced and the sport’s greatest showman”), “Jewish Jocks” is the Murderers’ Row–era Yankees or 1985 Chicago Bears of Jewish sports books. Yes, there is very little competition. But like with any great sports team, it’s fun to watch how the players come together to decide the outcome. Baseball great Hank Greenberg, Chicago Bears quarterback Sid Luckman and gangster Arnold Rothstein have each been written about dozens of times (Rothstein continues to provide inspiration as a character on “Boardwalk Empire”). But in “Jewish Jocks,” writers of the highest caliber take up the task of profiling them (Greenberg by Pulitzer Prize–winner Ira Berkow, Luckman by Rich Cohen and Rothstein by Ron Rosenbaum).

The book succeeds in balancing these veterans with plenty of younger and lesser-known writers. Tracy pulls double duty editing the book and writing about his phone conversations with basketball Hall of Fame inductee Dolph Schayes, while novelist and critic Joshua Cohen tells the fascinating story of the “naïve, opportunistic, ignorant” fencing champion Helene Mayer. Mayer, who left Germany because her father was Jewish, wanted so badly to compete for the country of her birth (even while two of her brothers were sent to labor camps) that she abandoned the country that took her in after her exile (the United States) to go on and give a Nazi salute as she accepted her silver medal at the 1936 Olympics for Hitler’s Germany.

Foer and Tracy have assembled just about the best roster of writers one could hope for, and “Jewish Jocks” functions not only as a fitting tribute to the subjects described throughout its pages, but also presents the antithesis to the Jewish caricature. Instead of simply trying to cram the book full of profiles on any Jewish athlete they could find, the editors of “Jewish Jocks” have crafted a testament to Jewish innovation in sports. Rather than repeating tired stereotypes or giving us 3,000-word essays on athletes descended from Abraham and Sarah, “Jewish Jocks” provides a smartly curated tribute to people who have helped to make sports great — and who just happen to be Jewish.

Jason Diamond lives in Brooklyn. The former editor of Jewcy, he has written for the New York Times, The Paris Review and The Believer, among other publications.