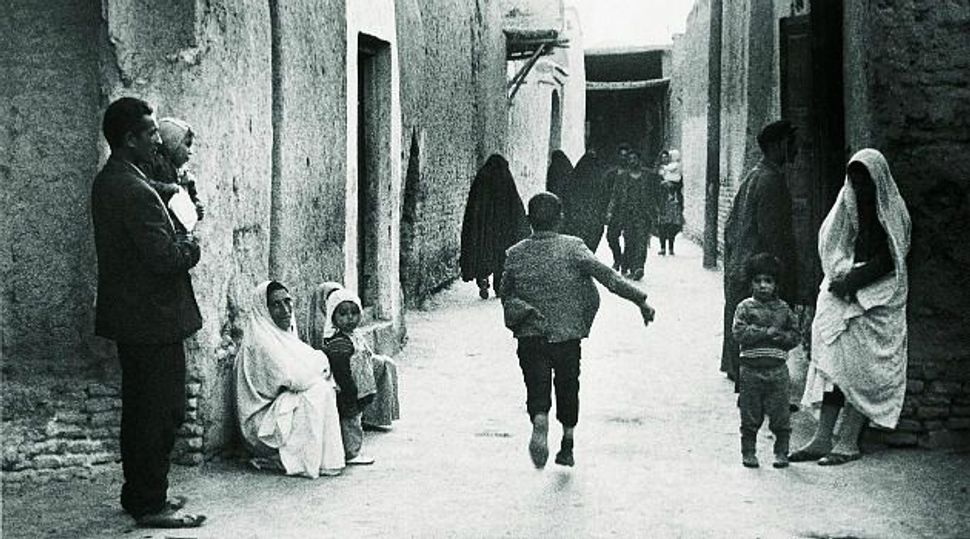 Streetscape: A view of the Jewish quarter in Isfahan, taken in 1973. Image by sonnenfeld collection

Museum negotiations to bring artifacts from abroad for exhibits are typically complex. And the detailed discussions that brought a stunning collection opening on Iranian Jewry here in October were no exception. But the institutional arrangements between the Fowler Museum at the University of California, Los Angeles and Beit Hatfutsot: The Museum of the Jewish People, in Tel Aviv, were suddenly upended last July, when a third party unexpectedly imposed itself.

The U.S. Treasury Department, it turned out, required licenses for the exhibit’s 102 artifacts to ensure that none of them violated federal sanctions against trade with Iran — even though most of them came originally from Iranian Jewish immigrants to America who had brought the artifacts here with them when they left their homeland decades earlier. 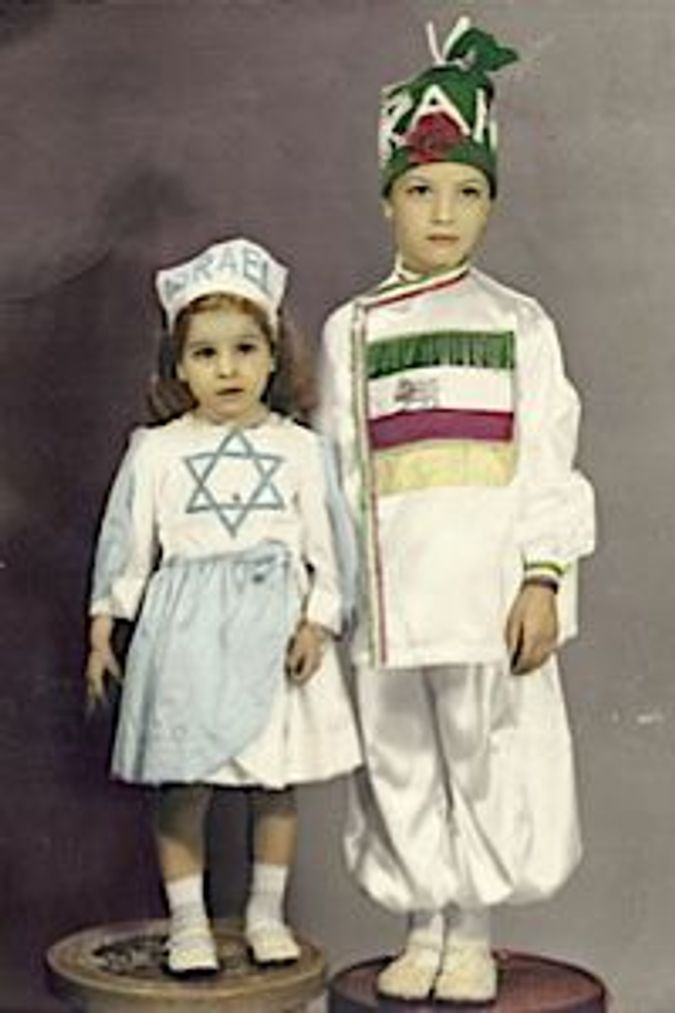 Tehran 1964: Leora and David Nissan dressed in their Purim costumes. Image by courtesy of David Nissan

It was, ironically, the shipping company contracted to import the exhibit from Israel that advised the Fowler to apply for a U.S. Treasury Department permit just three months before the show — something neither of the museums had ever thought of.

“We did have concerns about how quickly the permit would be issued,” admitted Marla Berns, director of the Fowler. But fortunately, she said, “It was not an onerous process…. It took approximately six weeks.”

Still, that meant an exacting, politically sensitive licensing process that was completed only a short time before the show was due to open for items that had, for the most part, only traveled from America to Israel and back.

The sudden glitch seemed to illustrate metaphorically part of the shadow connoted by the exhibit’s title, “Light and Shadows: The Story of Iranian Jews,” which was set to open at the Fowler October 21. The permit requirements reflected the strictness of the sanctions that the Obama administration has imposed on Iranian imports to pressure the regime in Tehran about its nuclear program.

The “light” referenced in the title, Berns explained, “is that despite difficult periods, the Iranian Jewish community has a long history of artistic and intellectual creativity.” Overall, the unprecedented exhibition of art, artifacts and photographs will look back on 3,000 years of Jewish life in Iran, from its brilliant peaks to shadows of a troubled past. The exhibit originated at Beit Hatfutsot, where it opened in 2010 to great acclaim and 70,000 visitors.

Several objects were contributed by members of the Mashadi Jewish community in Great Neck, N.Y., and are featured in one of the show’s most surprising and controversial exhibits. The Mashadis are a community of Iranian Jews who were forced to convert to Islam in 1839 but covertly observed Jewish religious practice into the early 1900s, when the imposition was lifted. Items on display include tiny tefillin worn covertly under Muslim garb, a miniature phylactery that was secreted beneath Islamic headgear during the Jewish owner’s Hajj to Mecca, and a book, resembling a Quran, that contains a hidden Talmud. 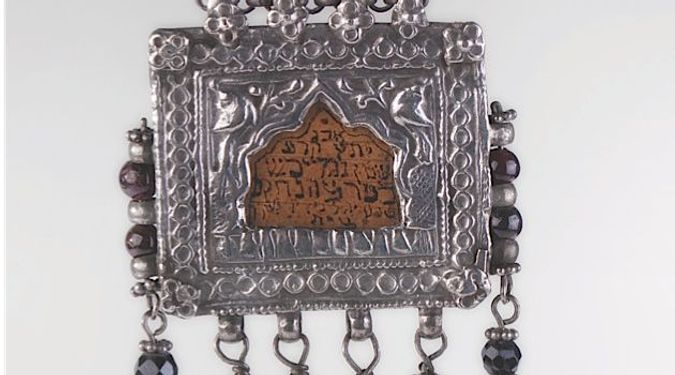 Among the more unique and beautiful objects in the exhibition are ketubot, official marriage contracts, said Saba Soomekh, author of the soon-to-be published “From the Shahs to Los Angeles: Three Generations of Iranian Jewish Women Between Religion and Culture.” Soomekh, a professor of theological studies at Loyola Marymount University, helped with the writing of the museum’s explanatory materials for the exhibition. The ornately inscribed handwritten contracts come in duplicates, one Islamic and the other Jewish, an arrangement that allowed Mashadi Jews to rebuff Muslim suitors and keep marriages within the hidden confines of the Jewish community.

The Treasury Department’s requirement to attest to the legal provenance of these and other objects of Iranian origin took the Fowler by surprise. “We weren’t aware of this,” Berns told the Forward. “These objects had left Iran a long time ago and were circulating through antique shops and personal collections,” before being assembled for the Beit Hatfutsot exhibit.

“We were surprised, too,” said Moti Schwartz, Beit Hatfutsot’s acting director, speaking to the Forward from Tel Aviv.

The Obama administration sanctions put a burden on importers of any items coming in from abroad that carry any association with Iran. The Fowler’s curators had to document the provenance of the exhibit’s 102 artifacts to demonstrate to the Treasury Department’s Office of Foreign Assets Control that no Iranian entity benefited from their importation.

Leila Heller, owner of Leila Heller Gallery, which often displays Iranian work, said she believes that the Fowler show will have a significant impact, raising awareness of Iranian art and placing it in the context of Iran’s history as an intellectual and cultural center.

But Heller agrees that politics have cast a shadow over contemporary Iranian artists. “No one wants to get in trouble because of the sanctions,” she said. Most of Heller’s artists work outside of Iran.

The exhibit links clay tablets recording legal contracts from the time of Cyrus the Great — the founder of the ancient Persian Empire, who allowed Jews exiled by the Babylonians to return to Jerusalem — to today. Its contemporary artists include Hasan Sarbakhshian, whose photographs document some 25,000 Jews remaining in Iran today, and Jessica Shokrian, whose photo installation reflects the large diaspora community of Iranian Jews in Los Angeles.

The exhibition, which cost nearly $500,000 to mount, is sponsored by the Y S Nazarian Family Foundation, the Jewish Federation of Greater Los Angeles, the Farhang Foundation, Milken Community High School and Sinai Temple.