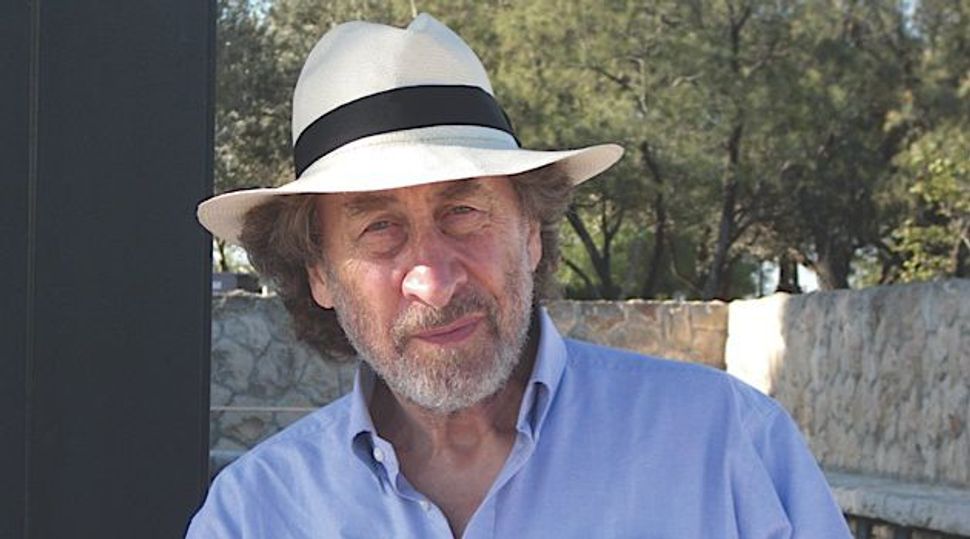 Just because most of us don’t fantasize continuously about ditching our wives for our mothers-in-law doesn’t mean it’s not an excellent premise for a novel. In fact, those very images my opening sentence elicits (and, likewise I’m sure, similar ones for fathers-in-law) are probably the reason Howard Jacobson chose it. After all, “The Act of Love” (the novel prior to 2010’s disappointing but all-conquering “The Finkler Question”) was about a husband who decides that the eponymous and ultimate act of love is to give away his wife to another man.

This novel, Jacobson’s 12th, comes in the shadow of his Man Booker Prize win of 2010. Already a long way through the process of being written at that point, “Zoo Time” pulls no punches as a result of its author’s success. Told from the point of view of Guy Ableman — an out-of-favor author (“Zoo Time” opens with him stealing a paperback of one of his books from a used bookshop) who is self-pitying yet vituperative — the novel is an equal opportunity excoriation of pretty much everyone and everything in contemporary publishing.

Within “publishing,” Jacobson includes writers and readers. You don’t have to like Ableman to enjoy this coruscating comic novel. In fact it’s almost impossible to like Ableman, and nearly as hard not to revel in the book’s wholesale and gleeful destruction of the holy cows of bookmaking. Obviously, the need to identify with the protagonist is quickly dispensed with, but — as Ableman takes us from the theft of his first book to the production of his next one (via a trip around Australia and the wholesale reinvention of British publishing) — some unholy amalgam of author and protagonist goes on to skewer reading groups, book festivals, agents, politically correct critics, publishers, authors and authors’ families. 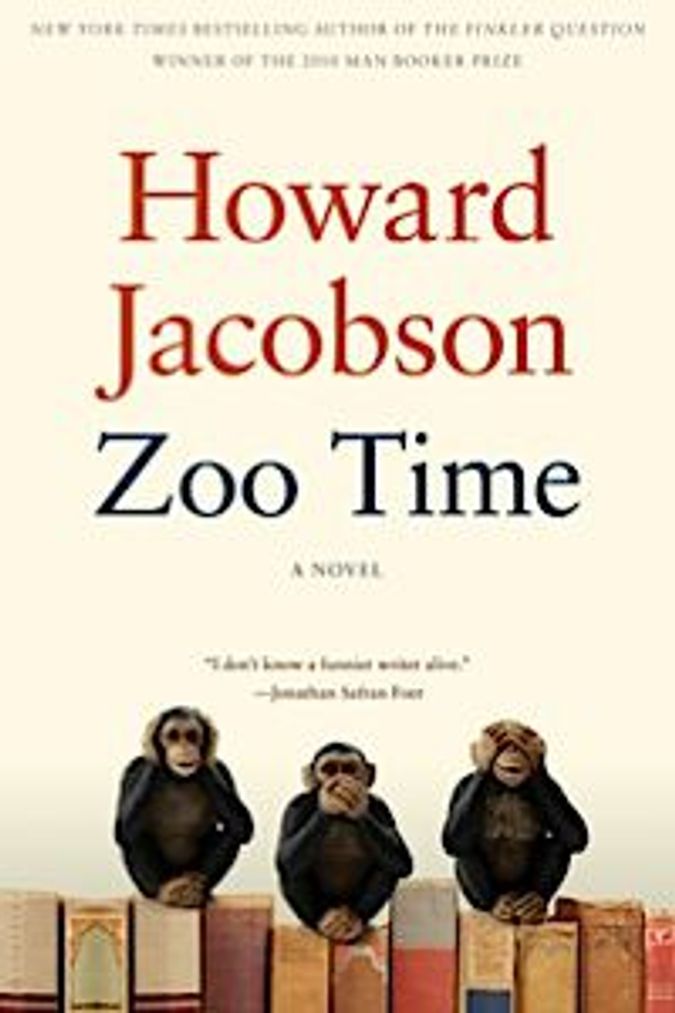 Jacobson begins by ruthlessly assassinating the denizens of old school publishing. First he kills off a literary agent on a near-suicidal trek (“My first agent — Quinton O’Malley — went missing on the Hindu Kush with the manuscript of my second novel in his backpack. His body was never recovered, though pages of my manuscript continued to be found scattered over a wide area for years…”), then a publisher actually commits suicide (“Things had not been going well… for Merton Flak who, following a drunken lunch in my company — I had been the one doing the drinking — went back to his office and shot himself in the mouth.”).

But Ableman reserves his real vitriol for the new media publishers who know nothing of life or literature but who have “youth” or technology to market. Advised to seek the endorsement of a young female writer, Ableman notes with scorn that such a writer was probably not even walking when he wrote his first novel — a point that his paperback publisher says “sounds a positive recommendation to me.” Jacobson’s American edition, it should be noted, bears the front-cover endorsement “I don’t know a funnier writer alive” by Jonathan Safran Foer, who was 6 years old when Jacobson published his first novel, “Coming From Behind.”

For Ableman, what distinguishes the new generation of publishers from the old is their lack of concern for the substance of what they publish. When Sandy Ferber, who takes over as Ableman’s primary publisher, gathers his writers, he announces some “exciting new developments.” Ableman sneers at Ferber’s use of “story apps” and at his use of the word “platforms,” before adding, “When he said ‘digital technology’ he looked at everybody in turn as though he knew which one of us had raped his sister.”

Though Ableman’s Jewishness is attenuated at best, the novel is bookended by his two relationships with Jews. Neither character is convincingly drawn, but they are examples of quite different types and they are both crucial, in their respective ways, to Ableman’s life. His first novel, about the only-too-human feral instincts of animals in a zoo, is inspired by a girlfriend who worked in a zoo — though Ableman claims that “‘Who Gives a Monkey’s?’ was only ostensibly Mishnah’s story.” In his description of Mishnah (whose name is a telling allusion to the Talmud) lies one of the few of Ableman’s significant self-descriptions.

Mishnah Grunewald, with purple eyes and hair as is a flock of goats — straight out of the Holy Land she seemed to come, without a trace of her family’s long sojourn in Eastern Europe on her… [she] smelt of the animals whose confidante she had become, an odour of unremitting rutting that turned me into a wild beast whenever I got to within sniffing distance of her presence.

The other Jewish character is Guy’s brother, Jeffrey Ableman — or “Yafet,” as he chooses to call himself at the end of the novel, while wearing the homburg and dark suit of a “bal-chuva.” Guy (or “Gershom,” as the “mafia-sounding” Lubavitcher rabbi refers to him) can’t understand his brother’s transformation, despite their father’s illness and Jeffrey’s potential brain tumor: “I thought I knew my brother well enough. He was a sexual pervert called Jeffrey with a dirty bomb in his brain.” As the novel, and Ableman’s first career, draws to a close, the authentic and visceral sexuality of Mishnaic Jewishness fades into a clichéd re-appropriation of Americanized sectarianism.

Even if you don’t know the people on whom Jacobson bases the characters, the descriptions are so vivid as to imply that they are real, and about to find their presence in his book distinctly unfunny.

But the book is, redeemingly, funny. For Ableman, as for Jacobson, comedy is crucial. Comedians are not only the new rock stars, but also the new novelists.

A plain logic demanded that we ask ourselves this question: If we wanted to play the comedian, why didn’t we just call ourselves comedians and dispense with the vestigial bookishness? We were finished, anyway. Comedians had taken over. The best of the stand-ups worked from scripts that might as well have been short satiric novels; they saw as novelists saw, they enjoyed the rhythm of language, they deployed exaggeration and bathos as we did, they excoriated, they surprised, they caught laughter on the wing, in the moment it threatened to tumble into terror.

Ableman tries to sell his new crew on a book that’s based on a man who fantasizes about his mother-in law: “The Mother-in-Law Joke.” The joke is that there’s no joke, that his fantasy is real. Everyone counsels against this book. So he goes ahead and writes it, drawing on his real life where he’s trying to make the fantasy come true. He does this largely on an extended reading tour around Australia on which he takes his wife and her mother, whom he memorably describes as “two burning bushes… red-lipped to match their hair.”

The book goes on a little long. Ableman stops being good company halfway around Australia, and he doesn’t have the exquisite aestheticism of Felix Quinn from “The Act of Love.” But the sheer vehemence of the writing keeps it entertaining — and biting — to the final twist.