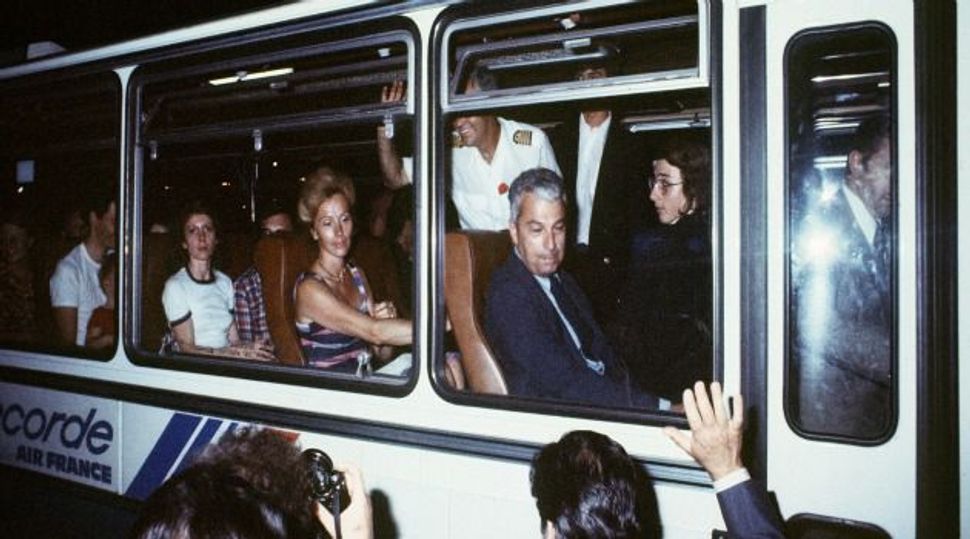 On the Mark: Freeing the Israeli hostages from the grasp of terrorists at Entebbe Airport stands as one of the Mossad?s finest success stories. Image by getty images

Rescuing the Air France hostages at Entebbe Airport. Capturing Adolf Eichmann and returning him to Israel. Avenging the murder of the Olympic athletes. It’s the stuff of legends — and films. And it has contributed to making the Mossad one of the most respected — and feared — intelligence agencies in the world.

These stories and others are at the center of Michael Bar-Zohar and Nissim Mishal’s “Mossad: The Greatest Missions of the Israeli Secret Service.” To its credit, the book is not just a collection of the agency’s successes; it also recounts a number of the Israeli secret service’s greatest and most controversial embarrassments, including: the capture in 1963 of its agents after a failed attempt to kill a German scientist helping Egypt acquire nuclear capability; the arrest in Norway of another agent, followed by the discovery that the agent assassinated the wrong man, and, of course, the infamous 2010 assassination of a Hamas leader in a Dubai hotel — perhaps the only operation in the agency’s history almost entirely recorded by security cameras.

Like any collection of greatest hits (in this case, literally and figuratively), they tell an incomplete story. The two dozen or so adventures detailed here are interesting and well written, but episodic and not chronologically told. They provide little perspective on the agency, how it has adapted over the years, and how it has been perceived. Of course, that’s not the book that Bar-Zohar and Mishal set out to write. (In fact, that book has already been written: “Gideon’s Spies: The Secret History of the Mossad” by Gordon Thomas,.) “Mossad’s” authors clearly wanted to do was publish a breezy, popular account for readers more interested in James Bond-ish adventures than in scholarship.

And they have succeeded in that. Readers who know the Mossad more by reputation than by specifics will learn much anecdotally about the service’s reach and power. Even those familiar with one or two of the adventures — if only from a Steven Spielberg film — will likely find much they did not know. Bar-Zohar and Mishal rely mostly on secondary sources, previously published accounts, which is fine. But they seem to have done an exhaustive amount of research, read everything ever published about the agency and gathered numerous small nuggets.

For example, a double agent becomes the only one in the history of the intelligence community “to be decorated twice: by his own country, which he had served with devotion all his life, and by his country’s foe, whom he had misled and deceived.” Another agent attends a relative’s wedding and discovers that the bride is a Syrian woman — one of several dozen — he helped rescue from Damascus years earlier.

But the most insightful — and inciteful — quote comes from Meir Dagan, a heroic soldier and agent who headed the Mossad from 2002 to 2010. “To protect civilians, the state needs sometimes to do things that are contrary to democratic behavior. It is true that in units like ours the outer limits can sometimes be blurred. That’s why you must be sure your people are of the best quality. The dirtiest actions should be carried out by the most honest men.”

Curt Schleier, a freelance writer, is a frequent contributor to the Forward.