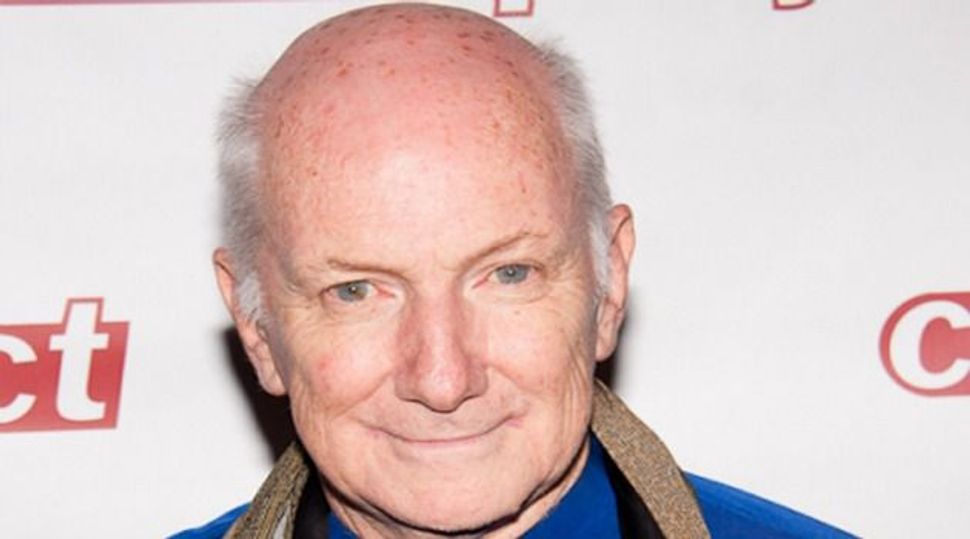 The Culture Project’s artistic director Allan Buchman (pronounced Bush-man) draws a distinction between political theater and issue-based theater. “All theater is political as it reflects experiences one has in life, real or imaginary,” he said. “We’re drawn to issue-based theater. We want to advance the issues that are not addressed by corporate media.”

Buchman looked weary as he stared at the row of chairs on stage in his theater at 45 Bleecker Street in Manhattan where his company is re-staging “The Exonerated” on its 10th anniversary. Long pauses punctuated his answers, evoking thoughtfulness, suppressed anger or perhaps a bit of both.

“The Exonerated” is essentially a staged reading written by Jessica Blank and Erik Jensen and it is based largely on interviews with six convicts who were sentenced to death and later exonerated. It is at once a shocking look at injustice and a powerful indictment of the death penalty. But it’s also an affirmative drama that celebrates the prisoners’ resilience, determination to move on and even their willingness to forgive their accusers. With its rotating cast — a mixture of name actors and former prisoners playing themselves — the drama has been extended through December 2.

Along with producing socially conscious plays — from exploring immigrant experiences in America to the “troubles” in Belfast — the theater hosts politically charged conversations, such as “Gaza, Goldstone and the Crisis of Impunity,” a discussion that brought together a panel of experts to consider the fallout of Judge Richard Goldstone’s criticisms of Israel’s actions during the Gaza War. Buchman says the highlight of his career was when the Redgrave family read the poems of Guantanamo detainees.

Buchman knows some of his productions and performers may raise eyebrows among Jewish audiences, though he says he has never been accused of being a self-hating Jew. “It’s like calling yourself a non-resident alien when you live here. How’s that possible? Because I may or may not share the same opinion of Israel that someone else might makes me a Jew who doesn’t agree with you,” said Buchman. “There’s nothing in the Bible or Talmud that says everyone should think the same way.”

Buchman did not start out as a theater man, let alone one with a political mission. Indeed, growing up in Meridian, Conn., he wanted to be a composer, though that ambition was short-lived. “I had the delusion that I was descended from Bach when I realized my greatest contribution to music was to stay off the stage,” he recalled. “I had the idea I could be a musician without fundamental structure. I had discipline. I practiced hours a day. But I was making up stuff that was unbearable.”

After earning his degree at the New England Institute for Stringed Keyboard Instrument Technology, he became a successful keyboard restorer and importer. When his business fell on hard times in the early 90s, Buchman rented his 10,000 square foot loft on East 91st Street as a rehearsal hall to theatrical troupes.

Intrigued by the process of creating theater, he started producing his own events — from salon evenings to collaborative efforts with Lincoln Center’s Directors Lab — first at 91st and later in SoHo where he set up shop in 1996 and now operates on a $2 million budget (from privately contributed and earned income).

One of the defining events in Buchman’s life was the death of his daughter Chitra in 1993 at the age of 25. Throughout her troubled teens she suffered from anorexia, bulimia, alcoholism and drug addiction. She was HIV positive and the huge dosage of AZT she received only accelerated her demise, Buchman said. uchman believes he should have done a lot more to help her. He says he was determined to give other young women the opportunities she lacked and forged an annual women’s festival. Indeed, her sad life and untimely death prompted Buchman to dedicate his own life to opposing injustice by using theater as his vehicle. But it was “The Exonerated” that most “crystallized my iterations to do issue-based theater,” he said.

He says he wants to do a series of pieces on drones, racism in the criminal justice system and he’s planning to bring over “The Homeless Opera,” now playing in London, featuring a cast of homeless performers. “I have a connection with the homeless because my daughter was homeless,” he said.

Along his journey, Buchman became a student of the spiritual leader Sri Chimnoy, whose vision provided him with a sense of clarity. “It’s faith rather than doubt, joy rather than fear, and if you think of your inner life as a bank and you start making deposits in your spiritual practice you will have greater joy, greater love, and a greater sense of humility,” said Buchman. Thanks to a practice that advocates meditation, celibacy, vegetarianism and a drug and alcohol free life, Buchman has been able to deal more fully with the challenges that he faces on a daily basis. For example, Buchman’s theater started out as a decaying lumber yard when he encountered it. “I measured, I paced, I chanted ‘Aum,’” he recalled. “So after walking back and forth for an hour at 4 A.M. — that’s the hour of God — I walked into the vestibule and looked at the names on the building and sure enough one of the tenants had the last name Chimnoy. I thought that’s a pretty good sign.

“I made friends with the super who was a Hindu priest,” he continued. “I knew the scriptures and that impressed him. Despite our poverty he said we were the candidates to occupy the space and helped us get it. So that’s the thread of my inner life being in dialogue with my decisions.”

As part of his conversion, Buchman unburdened himself of material possessions and some years ago deliberately left the keys to his car in its ignition, with the hope that the car would be stolen and it was. Buchman’s lifestyle is “austere,” he said. “If you have an austere setting in life, there’s not as much in the way of distraction to clarity of perception. The reason monks have austerity in life is so they can focus on God. I feel life and God are inseparable.”

Asked what he does for laughs, he quipped deadpan, “Encounter you people from the press.” He stood up stiffly, wincing just a bit, as if he’d been trapped and immobilized for a long period of time. Then, he moved slowly towards the theater door, muttering, “One has to incorporate into experience a certain amount of pain.”