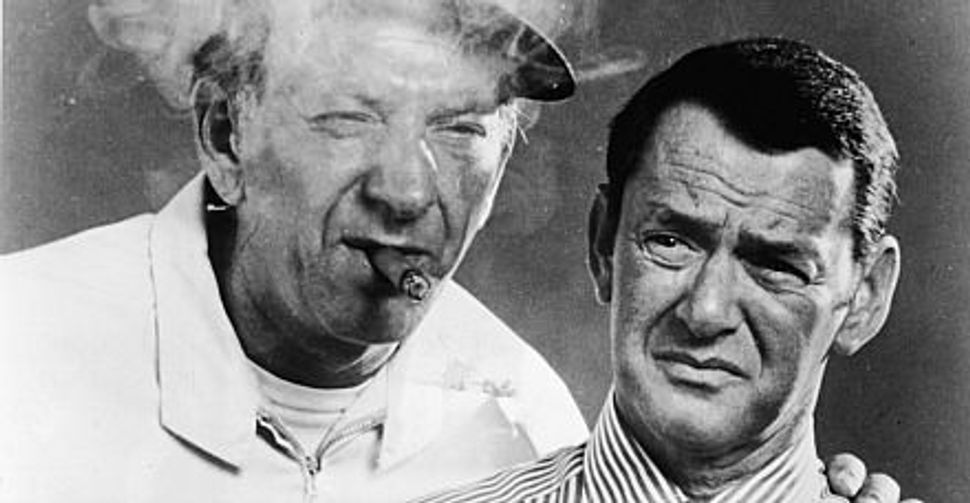 Last week’s column left you hanging in suspense about the Yiddish word nebekh, whose last consonant is pronounced like the “ch” in “Bach.” Forward reader Howard Schranz, you will recall, spoke of having it “thrown his way” after his father’s death when he was a child, and he wanted to know whether it meant, as he thought, “it’s pitiful,” and whether it was related to the Yinglish (and now all-around American) word nebbish. 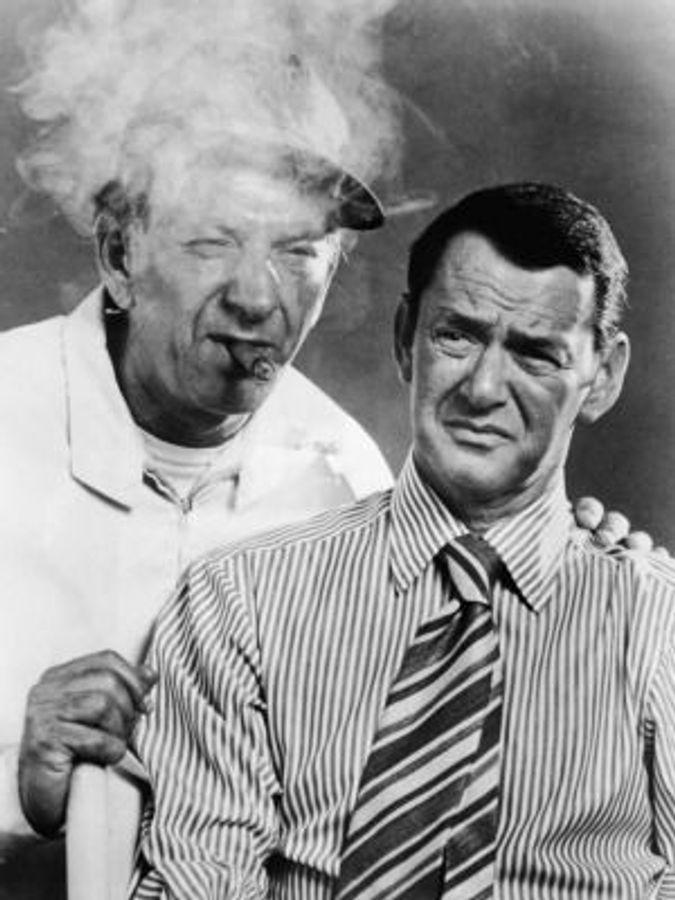 Nebekh is a problematic word to translate. It can function in a Yiddish sentence as a noun, implied adjective, adverb, exclamation or entire adverbial phrase, depending largely on its placement, with which the Yiddish speaker or writer is granted a great deal of freedom. Consider the following examples:

5. “Di yidn, nebekh, zenen an am kshey-oyref.” (“The Jews, nebekh, are a stiff-necked people.”) In the first of these examples, nebekh is the subject of the sentence. In the second, it comes after the predicate (“He’s never been”) and is in the sentence’s middle. In the third, it follows a direct object (“her leg”) and is at the end. In the fourth, it is at the beginning and precedes everything. In the fifth, it is again in the middle but comes after the subject (“The Jews”).

And how should we translate these five differently placed nebekhs? One way of doing it would be to use a different English word in each case. We might, for instance, translate the first sentence as, “That nothing has made a mess of it again”; the second as, “The poor fellow has never been a success”; the third as, “She broke her leg — what a shame!”; the fourth as, “It’s too bad, I wanted to come but couldn’t,” and the last as, “The Jews, I’m sorry to say, are a stiff-necked people.” Alternately, we might try finding a single word to fit them all. The best, apart from Sentence 1, would probably be “unfortunately.” If you substitute it for nebekh in the remaining four sentences, you’ll get a reasonably accurate translation of them all.

I say “reasonably accurate” because nebekh, used as an adverb, has an emotional quality that “unfortunately” doesn’t. If I say, “Unfortunately, she broke her leg,” I’m saying that, all things considered, it’s not good to break your leg. If I say, “Zi hot gebrokhn a fus, nebekh,” I’m in addition expressing sympathy for the leg breaker. Nebekh is Janus-faced: It points both to an unfortunate person or event and to the distress this causes the speaker. (Actually, English once had a fairly exact equivalent of nebekh in the word “alas,” which has become semi-archaic. While one can still use it in writing, it has come to sound — alas! — precious or affected in speech.)

To go on to Mr. Schranz’s second question: Yes, “nebbish” is definitely an Americanized version of nebekh when used as a noun — a version that, to quote the inimitable Leo Rosten, is designed for speakers who have trouble clearing their throats. The word has been around in English for a long time. I’ve translated nebekh as “a nothing,” and my Random House Historical Dictionary of American Slang defines “nebbish” as “a pitifully ineffectual person; a nobody,” but perhaps the best definition is Bud Schulberg’s in his 1941 novel about a young Jew on the make in Hollywood, “What Makes Sammy Run?” “A nebbish person,” Schulberg writes there, “is not exactly an incompetent, a dope, or a weakling. He is simply the one in the crowd that you always forget to introduce.”

If there is a slight difference of nuance between the noun nebekh and “nebbish,” it is a bit like the difference between the adverb nebekh and “unfortunately.” There is a coldness, even a sneer, in “nebbish”; the nebbish’s insignificance leaves one indifferent or contemptuous. There is a heartthrob of pity in nebekh; there but for the grace of God go we. And you can make the throb beat more strongly with the diminutive nebekhl, in which there is even a measure of affection.

Nebekh is definitely Slavic in origin, although whether it derives from Polish nieboga, “poor thing,” medieval Czech nebohy (in modern Czech one says nebożák), whose meaning is similar, or another Slavic language is a subject of controversy among etymologists. It’s a controversy with ramifications, since it bears on the question of what Yiddish’s route of dissemination in Slavic-speaking Eastern Europe may have been, but it’s not one that there’s space for here. Some other time.