Get Ready for Jewish iSpirituality 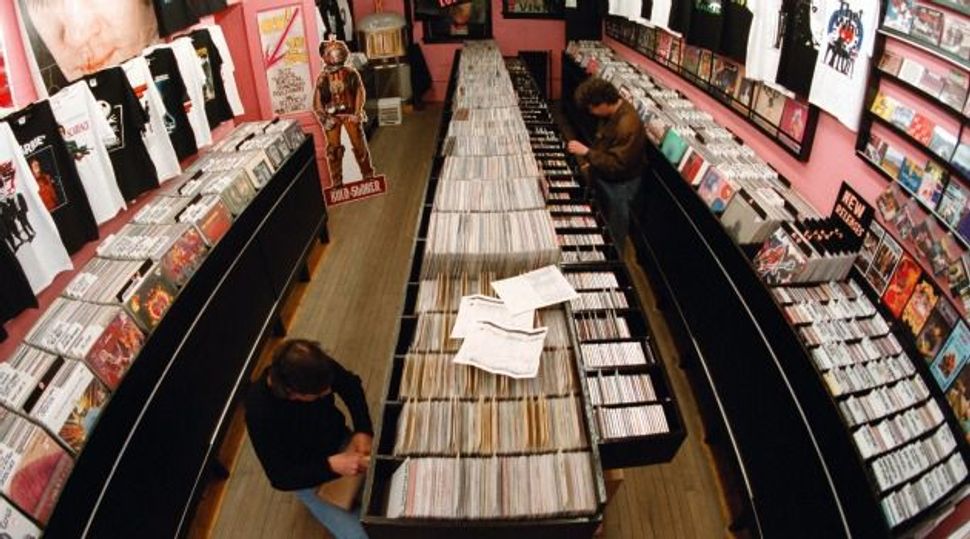 Remember how you used to buy music in the old days? You would go to a store and purchase a plastic disk that an expert had recorded, sequenced and curated for you. Its style, and thus, secondarily, yours, was carefully thought out by an array of musicians, producers, art directors and marketing men (generally, men).

Not only that, but you probably had heard about it via another bevy of experts: radio programmers, promoters and disc jockeys. This is what it was to buy music as recently as 20 years ago: a purchase of a single, coherent style organized by experts, arranged for your consumption.

If you’re under 30, this narrative isn’t even nostalgic; it’s Jurassic. Today, it’s understood that participants (not consumers) buy, stream, download or trade bits of music; that they arrange them how they like, and that what makes a good playlist on Spotify or iTunes is not uniformity of style, but diversity. The expectation of younger people today is that they will co-create their experience.

We live in the age of iSpirituality, no less than in the age of the iPod. As with music, everything is now available all the time. Participants (formerly parishioners, consumers or target markets) expect, not as a matter of au courant hipdom but simply as a matter of course, that they will have a role in constructing their identities and experiences.

Top-down duration, uniformity of program offerings and mono-identity are as outdated as those old 33s. Whether or not that’s a good thing remains to be seen. But even if it’s not desirable, it is inevitable.

In a sense, American Jews have been living this way for quite some time; iSpirituality is less revolution than evolution. Three hundred years ago, one’s Jewish identity was, for all intents and purposes, mandatory: compelled from outside, patrolled from within.

With modernity came emancipation, and the many shades of gray that define contemporary Jewish identities: movements; ideologies; spectrums of religious to secular, identified to not. Some Jewish communities are still fighting this battle, walling themselves off from modernity and its choices. Some Jews have found ways to cope; others have left much of their Jewishness behind.

But if modernity brought new choices, and challenges, to Jewish life, it still retained conventional notions of identity and existing structures of cultural dissemination. I remember being asked in high school, whether I considered myself an American Jew or a Jewish American. This is how the choice was offered: basically a weighing of two identities. Of course, those were not our only defining characteristics: We were Conservative Jews, not the Christianizing Reform or the crazy Orthodox. We were Democrats, not like the goyim. And there were a dozen privileged statuses that, like all privileges, were invisible as long as you had them: I was white, male, straight-acting and middle class.

Postmodernity, enabled by information technology and the shattering of conventional identity markers, is of a different order of magnitude. Boundaries between Jewish and not are eroding, thanks to multi-faith families and hyphenated religio-cultural identities. The whiteness of Jews is eroding, thanks to exogamy, adoption and the increased inclusion of Jews of color, Mizrahi Jews, Sephardic Jews and Ethiopian Jews. Denominational affiliation is decreasing, as Jews define themselves less by top-down ideological dogmas and more by pragmatism, communities of concern, class and other vectors of affiliation. Am I a Jewish American? An American Jew? Or a Gen-X, post-secular, queer, Buddhist, non-dual, post-denominational eco-Jew who has lived in Israel and davens Renewal, Reconstructionist, neo-Hasidic, Conservative and independent?

Add that generally postmodern condition to the specifically Jewish erosion of the past century’s centrally defining characteristics of identity — the Holocaust, Israel, anti-Semitism — and it’s a wonder anyone still expects to have his or her Jewishness defined by mainstream institutions and their leaders.

Is mixtape-as-identity exciting — or terrifying? On the positive side, I find uniformity, mass culture, mainstreams and commercialized culture infantilizing and dull. Thriving cultures, Jewish or non-Jewish, have always combined influences, innovated and had multiple voices within them.

Where would Jewish culture be without borrowings such as rationalist philosophy, gefilte fish, or earth-based harvest festivals? And where would we be today if Jewish culture were artificially ossified like an old museum exhbit as it is in Jewish fundamentalist communities.

Today’s iSpirituality has created an environment of remarkable innovation and creativity in American Jewish life, especially as online communities and social technologies have spread the wealth outside of a few urban centers. There are Jewish communities organized around every conceivable social and political issue, every depth of spiritual engagement or shallow eddy of kitsch.

True, these are boutique Judaisms, populated only by a relatively small number of Jewish cultural creatives. But then again, far more people eat at McDonald’s than at locally sourced farm-to-table restaurants.

Still, one shouldn’t get breathless about the infinite permutations of an iSpiritual world. Constructing shifting identities based on multiple interests and allegiances is fun, but it doesn’t breed the kind of engagement that usually translates into philanthropic support or a commitment to continuity.

It’s harder to pass on to one’s kids. So, to the extent that the Jewish future still depends on bedrock institutions like the synagogue and the summer camp, establishment types are right to worry about these new iterations of Jewish identity.

Three responses, though, are possible. The first is to remember that even these bedrock institutions have evolved, often quite quickly. Israeli places of worship look nothing like American synagogues, and American synagogues look nothing like what they looked like a century ago. While one should not be sanguine or exuberant about change for its own sake, impermanence is in the nature of the universe.

Second, the Jewish community might take a cue from capitalism and welcome the messy ecosystem of innovation rather than the tidy gardens of yesteryear. Post-everything Judaism is more like the bazaar than the cathedral; it is a laboratory in which many initiatives fail but in which innovation is also more likely to succeed than in top-down, command-and-control environments in which we do the same thing that we’ve always done because that’s what we do.

Finally, doing what we’ve always done has failed. When I talk with Jewish organizations about the risks of innovation, of open source Judaism, of providing platforms rather than content, I admit we have no idea how this will turn out. But we do know the traditional model is not turning out enough committed Jews to keep itself afloat, and institutions are facing existential challenges. Sometimes the unknown is better than the known.

For many less-involved and less-interested Jews, the same old same old — the same liturgies, cultural markers, organizational affiliations — still fits the bill. Probably most Jews are not interested in or Jewishly educated enough for richer forms of engagement. But the cultural creatives, that motivated minority whose energy and dedication power entire communities, are already leaving mega-synagogues for other modes of community affiliation, already hybridizing and experimenting, and finding other Jews interested in immigration reform, or permaculture, or Kabbalah, or whatever. The mainstream can kvetch about this, or hope that it reverses itself once this generation’s kids are ready for day school, but kvetching and hoping are usually not enough to change the world.

Nor should they be. This is an exciting time for those interested in taking ownership of their Judaism, and for those institutions ready to thrive by empowering them in open source, platform-enabling ways. A thousand Jewish flowers are blooming already, even if they look like weeds to some who run the greenhouses. With nourishment and attention, they might produce an abundant harvest.

Get Ready for Jewish iSpirituality