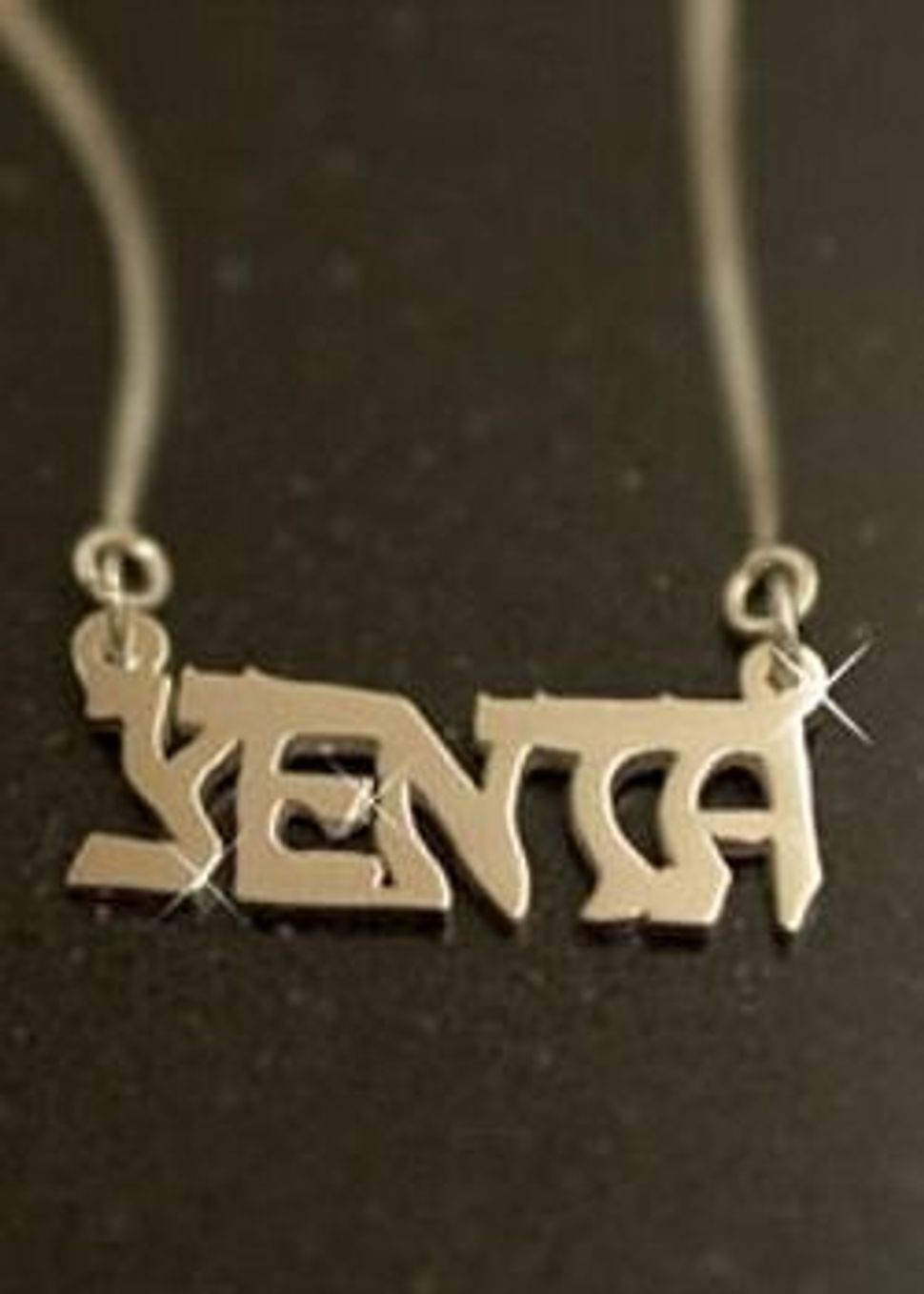 Read a follow-up post by Ezra Glinter on the true Yiddish history of the word “Yenta.”

Pssst! Wanna know a juicy secret? Get this: The most well-known Yiddish word describing women doesn’t mean what we think it does. I’m no linguist, but after spending a little time on several authoritative Yiddish dictionaries, I’m convinced that this ubiquitous, pejorative term — Yente — has very little to do with gossip. Instead, it appears to have everything to do with vulgarity, and may even have roots that are downright dirty.

Of course, words change and evolve over time, especially in Yinglish considering almost nobody speaks the original tongue anymore. Take, for example, the Yiddish verb “shmuesn,” which means, literally, to converse — no implied brown-nosing or hidden agendas. In Yinglish, “to schmooze” means something altogether different. So it goes with “Yente.” The word probably entered the truly mainstream vernacular with the meddling Molly Picon matchmaker character in the 1971 film adaptation of “Fiddler on the Roof.” But before that, humorist Jacob Adler wrote a decades-long column in the Forward featuring a character named “Yente.”

These uses refer to women named Yente, but somewhere along the line, the name took hold as a female adjective. Sure, some men co-opt the term: Larry David called Ted Danson a “yente” in the sixth season of “Curb Your Enthusiasm.” If you’re anything like me, you grew up with your parents admonishing you (but not your little brother) not to “be such a yente” when your endless curiosity about their adult conversations got annoying. At the same time, the public park where my retired Holocaust-survivor grandparents hung out and played card games with their gabby friends was known as “the yente center (centeh?).”

Yet the most definitive Yiddish dictionary of them all — Dr. Uriel Weinreich’s Modern English-Yiddish Yiddish-English Dictionary — gives the definition of a “yenta” as a “vulgar/sentimental woman.” The Yiddish Dicionary Online defines her as “woman, old-fashioned woman, sentimental woman.” There’s simply no hint of yentes dishing dirt in these official tomes. But when I moved on to the more colloquial and slang dictionaries, the meaning we’re all used to emerged. In Leo Rosten’s “Hooray for Yiddish!,” five definitions for “yente” are offered: 1) A gosippy woman, a blabbermouth; 2) Someone who can’t keep a secret; 3) A vulgar, ill-mannered woman; 4) A shrew; 5) A man who acts as the above do.

These definitions are what we’re used to, with the exception of the vulgarity reference, but Rosten addends his definition with a note that, “a yente and a yachne are difficult to tell apart.” What’s a “yachne?” I’d never heard that one before. The word doesn’t appear in Weinreich’s dictionary, so it must be pretty saucy. The Yiddish Dictionary Online says it means “busybody; shrew.” It also appears to be a woman’s name. So, what we know as a “yente” was likely originally called a “yachne.” And what was originally called a “yente” might be related to something quite vulgar.

As I continued to search slang dictionaries for more definitions of yente, I came upon an entry in Michael Wex’s “Born to Kvetch,” but where I expected to find “yente” instead I found the verb “yentsn.” Definition? “Vulgar, to f**k.” Further study revealed “yents” in Rosten’s book: “that thing, obscene, vulgar, taboo. 1) To copulate, to shtup; 2) To seduce; 3) To cheat, deceive, swindle. ‘He’ll yents you out of your last dollar.’” The online dictionary says yents simply means “that.” So, with “that thing,” yents became a euphemism for sex.

Is there a root connection between “yente” and “yents?” I don’t see how there couldn’t be: a vulgar woman, and a vulgar action. Either way, the next time your mom calls you up to tell you what she heard about her brother-in-law’s ex-wife, tell her she’s being a “yachne.”

At the very end of this post, I asked a question: Could there be a root connection between the phonetically similar words Yente and Yents/Yentsn (a euphemism for sex, which actually means “that” or “to do that”)?

Well, I’m glad I asked, because the resounding answer from Yiddish scholars is, emphatically, NO WAY (and they seem to wish I hadn’t asked). When it comes to original roots, yents was always just “that,” and Yenta was a gentle noblewoman. Even though the words share no ancient history, their current meanings sure leave a lot of room for off-color puns.