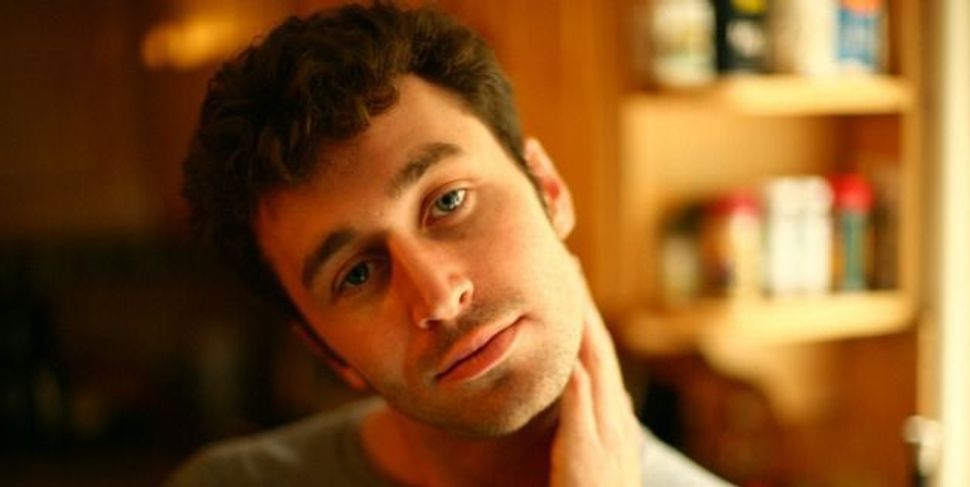 Dreamboat: James Deen has a following among teenage girls, called ?Deenagers.? Image by Courtesy of jamesdeenblog.com

Emily Shire: How much was Judaism a part of your upbringing?
James Deen: Judaism was a pretty strong part of my upbringing. What I embraced most was the encouragement to ask questions and always search for truths. My rabbis always loved me, because they would be, “God says do this,” and my response would be, “Well, why is that?” They always encouraged that questioning of the Torah and all the rules set forth. I never really bought into the faith-God type of situation, but what I did enjoy was the Zionist movement, the culture behind it, the community.

The first time you had sex was at a Jewish sleep-away camp when you were 12. Did you feel there was a strongly sexual culture there?
No more than anywhere else. I’m a pretty sexual person. In addition, all sleep-away camps are like that; it’s a bunch of kids, and the oldest person supervising them is 20 or 19 years old. He’s going to say: “Just don’t bother me. I’m trying to have sex, too.” You throw a bunch of kids in the woods unsupervised, and they’re going to start humping each other. It’s almost like the go-to, easy way to teach your kids about sex.

Do you see yourself eventually marrying and have a big, loud Jewish family?
I am open to the thought that one day I will change my mind and have kids, but currently, I don’t want to. I would rather date someone for 10, 20 or 30 years, and then when we’re old and gray get married. I want to get married once and only once.

Jews have a complicated relationship with sex. We’re often thought of as much more liberal toward sexual expression, but we’ve also got the overly neurotic, guilt-ridden hang-ups going on a la Alexander Portnoy.
I think Jews are more open about it. I think the neuroticisms, self-deprecation, the guilt, are 100% true. But, for example, even though Orthodox Judaism is very specific about sex — you only have sex with your wife, you can’t have sex with a shiksa, etc. — there are also all these weird gray areas. I’ve never felt oppressed sexually, ever, in Jewish culture.

Do you happen to have any Jewish role models or figures in the industry?
I don’t go into a place and think: “I’m Jewish. Who else is Jewish? I need to work with them.” Respect goes universally across all races, creeds, colors, religions, everything. The Jews know we’re better than everyone else. That’s all that matters.

That’s going to be the blow-up quote in the article.
(Laughs) It’s true. We’re the Chosen People. (Laughs) It’s a fact.

Editor’s note: Jacob had two wives, Rachel and Leah, and two female slaves with whom he had children, Bilhah and Zilpah.

Emily Shire is the chief researcher at The Week magazine and is a freelance writer. Find her work at emilyshire.com