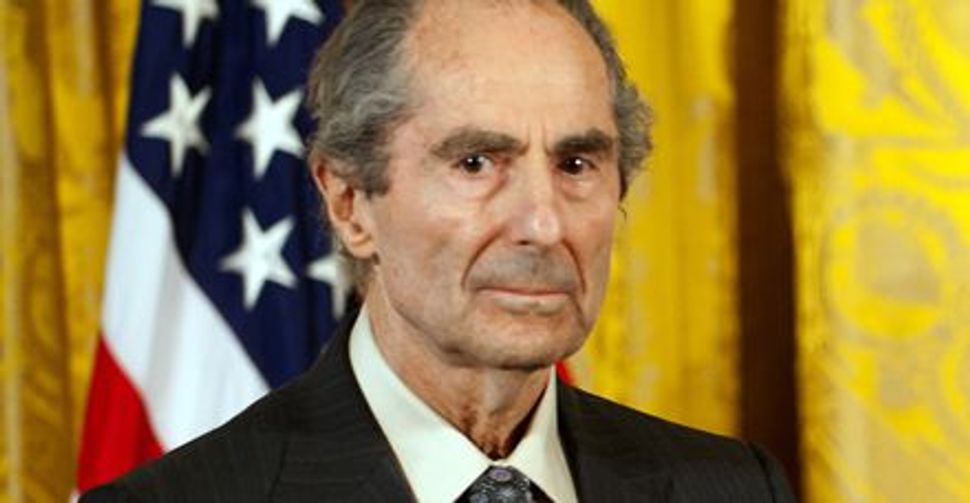 Philip Roth, considered by many to be America’s greatest living novelist, recently announced his retirement after a distinguished career in which he authored 31 books, redefined America’s relationship with liver and garnered multiple awards.

Now, freed from the constraints of the writing life, Mr. Roth has graciously agreed to answer our readers’ questions on aging, retirement and the human condition.

How can a word factory such as yourself go from a novel a year to nothing? Don’t you miss it a little?

I still tickle the typewriter every now and then. I’ve started a food blog, called Operation Fry Cook, and the National Weather Service has asked me to name major storm events, so I’ve taken to christening them after my past sexual partners (though I must confess that Hurricane Sandy wasn’t nearly as wild as her namesake).

While I was a working scientist, I led groups that discovered three new antibiotic cures for Methicillin-Resistant Staphylococcus Aureus (MRSA), predicted Higgs-Boson behavior and discovered an entirely new stable form of superconducting graphite. Yet I feel bitter that I was never awarded a Nobel Prize. As you look back, how do you feel about never having been invited to Sweden?

I’ve had a long and successful career. In many ways my novels were my children and they gave me great pleasure and pride. The critical acclaim and the prizes I received were merely the icing on a very satisfying cake.

Besides, when it comes to the Nobel judges, those jokers wouldn’t know literature if it slapped them across the face with a wet fish.

I was a tax lawyer for 37 years, until I retired about three years ago. I didn’t exactly love my work, but I find I’ve been going crazy now that I don’t go in to the office every day. What do you do to pass the time now that you don’t have an occupation?

I used to think I’d be the same way without writing, but now that I’ve officially put down my pen, I’m amazed at all the fun things there are to do. For example — TV. Have you seen “The Walking Dead”? It’s got action, sex, zombies, everything you could want. I’m hooked. Also — the Internet. I just got an iPhone and the stuff out there on the web is amazing. There are some really great blogs, too. The day just isn’t long enough.

So get out there and start exploring!

This is a little bit embarrassing, but here it goes. My relationship with my wife of 58 years is close and loving, but the reality is that I still want to have sex and she’s lost interest. I understand she can’t help it, but I still find myself becoming resentful. What do you suggest?

I suggest you take matters into your own hands, as it were. As a novelist, I’ve long followed the practice of the great French writer, Honoré de Balzac, who would self-pleasure up to the brink of consummation, then cease and pour the resulting energy into his work. Well, as I was working on my last novel, “Nemesis,” I tumbled over the brink and burst the dam.

What a relief! It felt like I had broken out of prison and the sun was shining. Since then, I’ve stuck to a regular schedule of once or twice a day, and I feel great. I can talk to women without imagining them in bed, I can walk through the woods near my home and enjoy the wind on my skin without a clammy sense of foreboding. Plus, I find I don’t need to write anymore.