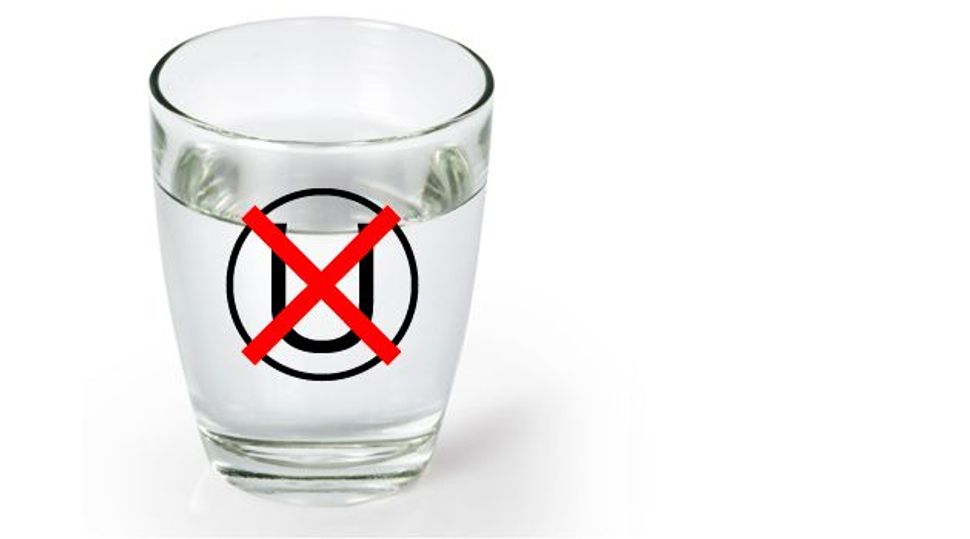 Image by Courtesy of the Orthodox Onion

Federal regulations that safeguard the hydration of citizens have fallen afoul of the church state divide when, citing concerns about water-borne micro-organisms in potable water supplies, Rabbi Detrop of the Orthodox Onion declared water nonkosher.

“We have been able to make limited supplies of OO koshered water available at $5 a bottle,” Detrop assured the Backward. “We understand that it’s not widely enough available and in the interim we suggest drinking water through muslin cloth.”

On the issue of the microscopic creatures, he explained that “their non-mention in the Torah is surely no oversight. They might be invisible to the naked eye, but they are clearly treyf.”

Schoolchildren who had previously had to eat well-balanced, nutritional lunches including green vegetables, fresh proteins and cool spring water are now eating hunks of bread and certified rennet-free cheese washed down with glatt kosher Coca Cola.