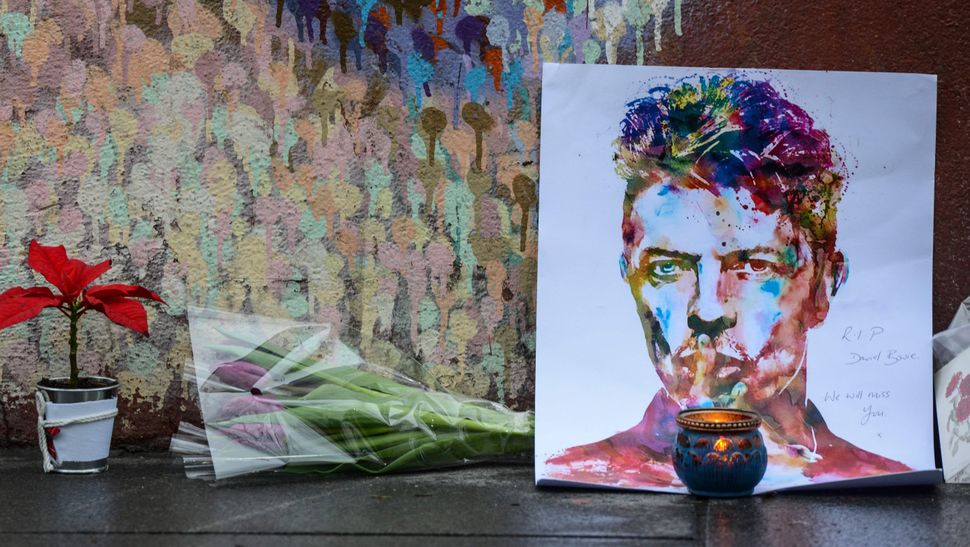 David Bowie died of cancer on Sunday after a glittering five-decade career in pop music. The rocker won millions of fans across several generations by constantly reinventing himself, but who knew he had such a strong link to the Tribe?

Madonna had nothing on David Bowie when she came out as a devotee of Kabbalah in 1998. British rock star Bowie, who is much in the news right now for his terrific “comeback” album, “The Next Day” (Columbia/ISO) — his first new recording in a decade, widely and justifiably hailed as his best work since 1980’s “Scary Monsters,” — beat Madonna by 20 years or so when he sang about the sefirot, the mystical vessels of divine energy, in the title track of his 1976 album, “Station to Station.” 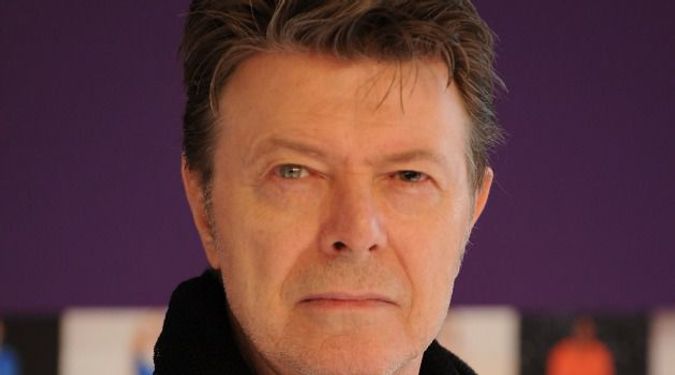 Loving the Alien: David Bowie is one of few major international rock stars ? especially English ones, who have performed in Israel. Image by Getty Images

Really? Yes. Sure enough, Bowie sings, “Here are we, one magical movement from Kether to Malkuth” in “Station to Station,” perhaps the only usage of kabbalistic terminology in Hebrew ever by a major international pop singer. The lyrics refer to the divine emanations of the infinite: Kether, or “the crown,” said to be the divine will or pure light, and Malkhuth, or kingship, the nurturing receptacle of that light. Bowie was pictured on the back of the album, drawing a diagram of the 10 Sefirot, an activity he purportedly engaged in with some frequency while recording the album in Los Angeles — a time during which he was supposedly bombed out of his mind on cocaine.

READ: How David Bowie Made It OK To Be a Nerdy Jewish Kid

Bowie’s immersion in Kabbalah was part of an overarching spiritual quest that took him from Tibetan Buddhism (he almost joined a monastery in the late 1960s, until his teacher told him that he’d make a better musician than monk) to Christian mysticism, occult worship and a flirtation with neo-Nazi imagery that nearly derailed his career when it was discovered that he collected Nazi memorabilia and that he seemingly made a “Heil Hitler” salute upon arriving, in 1976, in an open-top Mercedes convertible, waving to a crowd gathered at London’s Victoria Station.

Today that unfortunate dalliance is blamed widely on Bowie’s drug issues; in any case, Bowie has been married for the past twenty years to Somali supermodel Iman, with whom he has a daughter. He put that unfortunate incident behind him long ago, and his previous and subsequent life and career suggest that he is anything but a Nazi sympathizer.

False information floating around the Internet claims that Bowie’s mother, the very Irish Peggy Burns, was part Jewish, undoubtedly owing to the fact that Bowie’s older half-brother, Terry Burns, was the spawn of an illegitimate relationship between his mother and Jack Isaac Rosenberg, the son of a Jewish furrier. When Peggy Burns married Bowie’s father, Haywood Stenton Jones, it was under the condition that he would raise the then-10-year-old Terry (and their son, David, who was 8 months old on their wedding day) — whose biological father had abandoned him and his mother before he was born — as his own.

As much as Bowie is a singular visionary — as a visual artist, actor, celebrity, cultural theorist and musician (not necessarily in that order) — he has fed on give-and-take with other artists. Two of his greatest early influences were Jewish rockers Bob Dylan and Lou Reed. The chameleon-like Bowie went through an early, hippie/flower-power period, playing acoustic guitar and modeling himself, in some ways, after Dylan, to whom he paid tribute in “Song for Bob Dylan” on his 1971 album, “Hunky Dory.”

Although Bowie went on to morph into a glam-rocker (after the model of his longtime friend and nemesis, Marc Bolan — ne Feld — of T. Rex), among several other guises, he never lost his Dylan connection. The new album has no fewer than three Dylan references, including a mention of “love and theft,” the title of Dylan’s 2001 album; the lyric “Van Ronk says to Bobby, she’s the next real thing,” a reference to Dylan’s mentor, the folk-blues legend Dave Van Ronk, and a song that borrows the basic chord structure of Dylan’s song “Lay Lady Lay.”

As for Reed, Bowie’s early music pays heed in large part to his work with the Velvet Underground; when Bowie first came to the United States, he sought out Reed and his mentor, Andy Warhol; he sang about the latter in the tune “Andy Warhol”; he played Warhol in the 1996 film “Basquiat,” and he produced Reed’s solo album, “Transformer.” In the late 1980s, Bowie reinvented himself as a member of the band Tin Machine, joining forces with guitarist Reeves Gabrels and the rhythm section of Tony and Hunt Sales, sons of Jewish comedian Soupy Sales. Tin Machine’s biggest hit, “Under the God,” was an anti-skinhead protest song. The group even gave its 1992 live album the self-consciously Jewish title, “Tin Machine Live: Oy Vey, Baby” — presumably a humorous if somewhat pointed nod to U2’s use of German on its 1991 album, “Achtung Baby.”

At age 66, Bowie seems creatively reinvigorated. The new album looks back with wistfulness at his “Berlin period”: He sought refuge there from Los Angeles and cocaine in the late 1970s, during which time he reached his creative peak on a trio of albums. He also tackles such topics as mortality, celebrity and, of course, outer space, a perennial concern since he first gained international recognition with “Space Oddity.”

But it’s inner space that has always primarily moved Bowie, and as much as “The Next Day” is a great listen, what we’re really looking forward to is Bowie’s day after the next.

A frequent Forward contributor, Seth Rogovoy has mined the hidden Jewish stories behind James Bond, Alfred Hitchcock and “The Hobbit” in these pages.