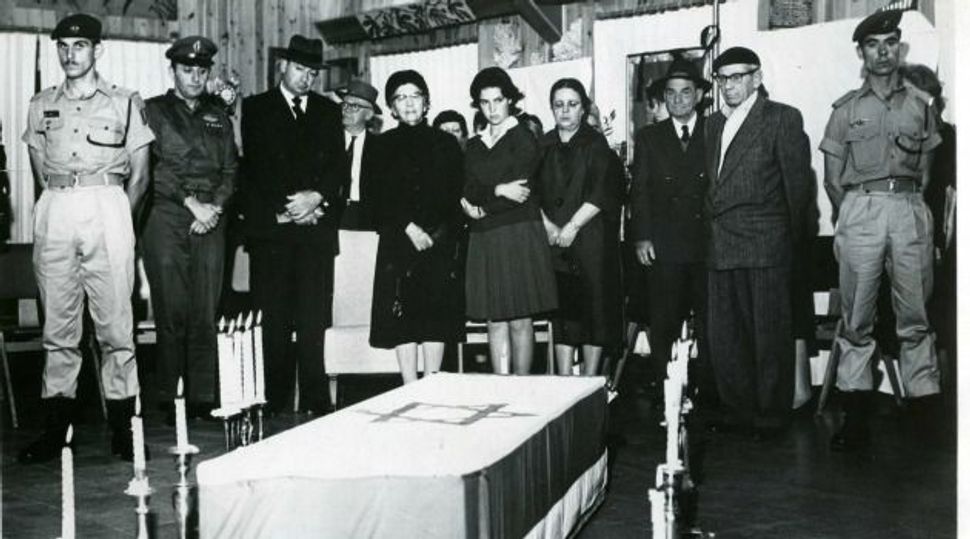 Walery Waszkewicz, a Polish resident of Manhattan’s Lower East Side, was murdered by his wife, who accused him of selling their 11-year-old boy to the Jews. Waszkewicz was the superintendent of 30 Pitt Street, a building occupied entirely by Jews. “I killed him,” Mrs. Waszkewicz told police, “because he took my one and only child and sold him to the Jews, who wanted to use his blood for their holiday. In return, the Jews paid him with seven chickens and a five-cent glass of schnapps.” Police detectives found Waszkewicz in his bed with his head split open. Next to the bed was a long block of wood flecked in blood, the alleged murder weapon. The 11-year-old boy that was allegedly sold to the Jews was found outside, playing. He told detectives he had no idea what his mother was talking about.

Thirty-one-year-old Charles Weiss, editor of the anti-communist and anti-Nazi newspaper Uncle Sam, was brutally attacked by a gang of Nazis that broke into his office on Flatbush Avenue in Brooklyn. Weiss was beaten unconscious by the gang, who carved swastikas into his back and chest with sticks. They also destroyed his office. Weiss was brought to Brooklyn Jewish Hospital in critical condition. There it was discovered that his skull was broken and that he suffered massive internal damage. Brooklyn police have launched an investigation and expect to arrest the assailants any day. New Yorkers were shocked by this attack, which comes on the heels of a Nazi riot in a bar in the Yorkville section of Manhattan, during which war veterans were attacked.

More than 100,000 mourners attended the funeral of former Israeli president Yitzhak Ben-Zvi, which took place in Jerusalem. Wailing sirens, two minutes of silence throughout Israel and a complete work stoppage preceded the funeral. All places of entertainment were closed, ushering in a nationwide period of mourning for seven days. Prime Minister David Ben-Gurion, a longtime friend and colleague of the president, gave the first eulogy. He recalled Ben-Zvi’s early days in Russia, which he spent organizing Jewish self-defense groups during times of pogroms. Ben-Gurion also recounted many of Ben-Zvi’s successes in Israel. “I had the privilege of working with him since I arrived in the country,” Ben-Gurion said, “and I never knew a man so great in achievement and spirit and at the same time so humble, modest and simple in all his ways.”