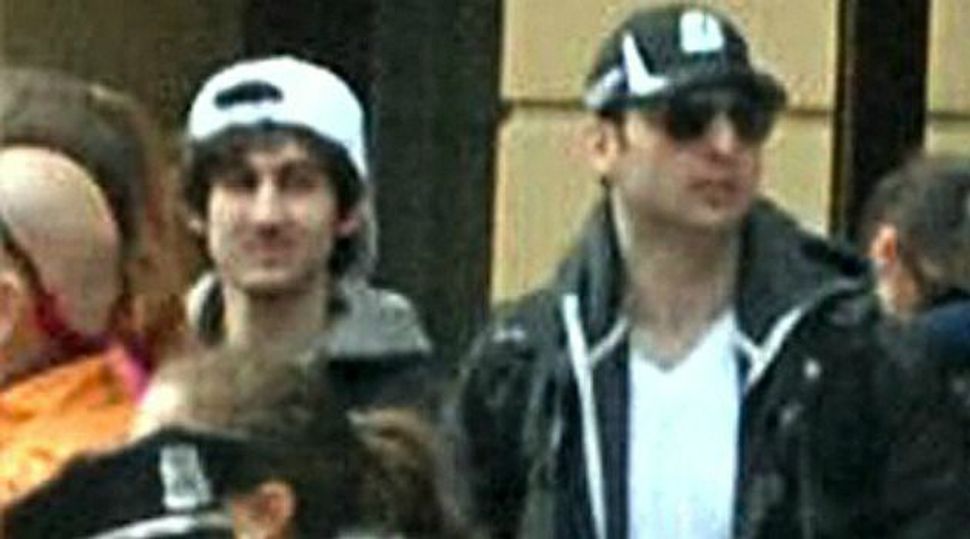 “A heinous and cowardly act,” President Obama called the Boston Marathon bombing soon after its occurrence. Heinous, it certainly was. But why cowardly? To do what the two Tsarnaev brothers did —construct and transport homemade bombs that could have gone off in their hands at any moment, fling them out the windows of a speeding vehicle in a Hollywood-style car chase, engage in a furious shootout with police by whom they were outgunned and outnumbered —one would have to be, it seems to me, quite brave. Heinously brave.

We are by now so used to calling terrorist acts “cowardly” that we never stop to think what an absurd adjective this generally is for them.

“The United States will hunt down and punish those responsible for these cowardly acts,” President George W. Bush declared immediately after the 9/11 attacks.

No one I know of bothered to comment that no coward could possibly have hijacked an airplane, flown it cross-country and unerringly crashed it into one of the Twin Towers knowing he was about to die. Whatever else that takes, it takes courage.

The automatic association of terror with cowardice has been around for a while. When Hezbollah suicide bombers killed 63 people at the U.S. Embassy in Beirut in 1983 by smashing through a roadblock and the door of a building in a van loaded with explosives, President Reagan labeled the deed “a cowardly act.” When Yigal Amir assassinated Israeli Prime Minister Yitzhak Rabin in 1995, Senator Edward Kennedy proclaimed that “this cowardly violence will not deter the peace process.” Deter the peace process it did, but the senator might have tried putting himself in Amir’s place. How much of a coward can you be to stalk your country’s best-protected individual, whip out a pistol in the presence of his armed bodyguard, calmly aim it with a steady hand and pull the trigger?

And so it goes. When Hamas fired rockets from Gaza at Israel last November, White House press secretary Jay Carney called on it to “stop these cowardly acts,” even though the “cowards” in question could at any second have been blown up by an Israeli drone monitoring them from above.

And just two days before the bombing in Boston, Al Qaeda gunmen stormed the Supreme Court building in Mogadishu and engaged in a prolonged firefight with government forces, three of them blowing themselves up with explosives strapped to their bodies. How describe them? They were, according to the United Nations envoy in Somalia, Augustine Mahiga, “cowardly terrorists.”

“Evil terrorists” would have been more like it — but we seem to have great psychological difficulty in ascribing courage to evil. It’s so much more comforting to think of evil as cowardly, which also makes it seem much easier to defeat.

If only the terrorists would stand up and fight like men instead of sneaks, the implication is, they would be given a good thrashing. The fact that men have always fought as sneaks when they could gets forgotten. Planting concealed bombs, and before them concealed traps, is as old as the history of warfare, as are suicidal attacks on the enemy. We can regard Japanese kamikaze pilots as madmen if we wish, but cowards they weren’t.

And to take a page from our own Jewish annals, what’s the difference between a suicide bomber and Judah Maccabee’s brother Eleazar, who threw himself under a Syrian cavalry elephant — the tank of its day — and speared it in the belly as it crushed him with its falling weight?

It can be objected, of course, that the cowardice we are speaking of is not physical but moral: Morally brave men, we are saying, kill other men in battle, not innocent spectators at marathons. But this is silly, too. If you think it is right to do something, such as stand up for a principle or fight for a cause, and you don’t do it because you are afraid to, you can rightly be accused of moral cowardice.

But if you do stand up for a principle and risk or lay down your life for it, why should you be thought a coward just because that principle happens to be that human beings can legitimately be killed in order to get American troops out of Lebanon, that no part of the Land of Israel should be surrendered to an Arab government or that everyone should be forced to live by the laws of the Quran?

Let’s not try to make things so comfortable for ourselves. Evil is extremely difficult to defeat precisely because those enlisted in its cause are as capable of being brave as those enlisted against it. Yes, they also have fewer moral scruples. Having moral scruples, however, is no guarantee of bravery. There are cowards who have them and brave men who don’t. Life is more complicated than we’d sometimes like it to be.