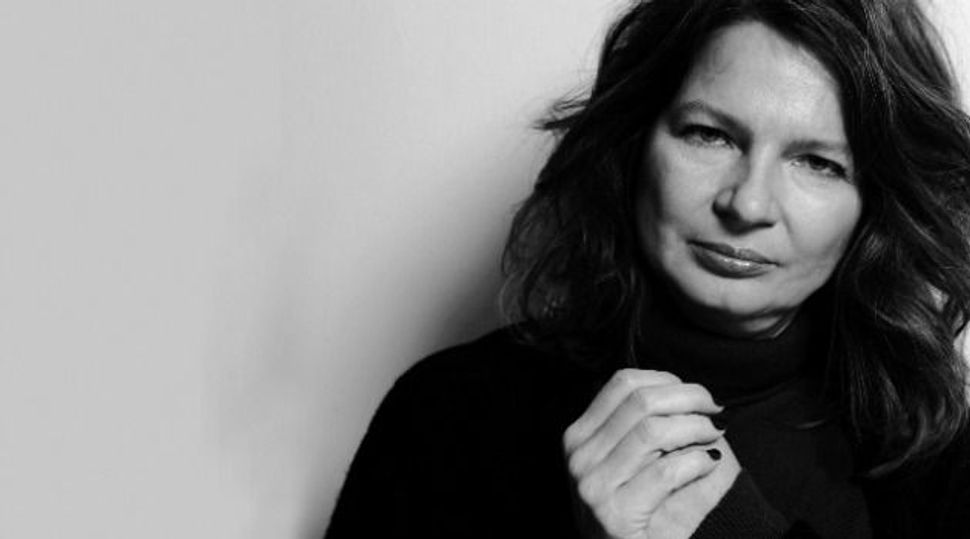 A Biographer?s Dilemma: In her new book, ?Vera Gran: The Accused,? Agata Tuszynska (above) examines the life, legacy and reputation of the eponymous singer and alleged collaborator. Image by Elzbieta Czaja

● Vera Gran: The Accused
By Agata Tuszynska
Translated from the French of Isabelle Jannes-Kalinowski by Charles Ruas
Alfred A. Knopf, 320 pages, $28.95

To contemporary American readers, the name Vera Gran may be unfamiliar. But Gran was a celebrated singer, a beauty with an unusually deep voice and a passionate following in Poland and across Europe.

Gran (born Grynberg) wasn’t just renowned; her fate was complex and disturbing, as Agata Tuszynska’s biography “Vera Gran: The Accused” makes clear. Along with other Jews, she was confined to the Warsaw Ghetto during the Nazi occupation of Poland. There she continued to perform, often accompanied by Wladislaw Szpilman, the subject of Oscar-winning director Roman Polanski’s film, “The Pianist.”

While the ghetto starved, Gran led a relatively privileged life as a well-paid entertainer — until the deportations to Treblinka began. At that point, leaving her beloved mother and the rest of her family behind, she managed to flee. Under the protection of her doctor-husband, a Pole who successfully concealed his own Jewish background, she lived quietly in a small farm town until the war ended.

Survival, when so many millions died, had its price. Gran was attacked — mainly by other Jewish survivors, including Szpilman — as a collaborator who had saved herself by befriending Nazis and their Jewish agents, and perhaps by informing on other Jews. Gran insisted on her innocence and said she funded and ran an orphanage for the ghetto’s children. She did sing at one Nazi party, she admitted, but only because she feared the consequences of refusing.

After the war, with revenge the order of the day, Gran was imprisoned and interrogated, defended and exonerated, then accused all over again in a seemingly endless post-Holocaust nightmare. Though no court would ever convict her on the rumors that passed as evidence, neither could she win a defamation case she eventually brought in Israel. And although she resumed her singing career to considerable acclaim, apparently she was never truly happy.

By the time Agata Tuszynska, a Polish poet and biographer, finds Gran living alone in a Paris apartment, the old woman is completely isolated, fearful and delusional. She is a hoarder, buried in papers and mementos. Paranoia has taken over her life, aggravated by the Polanski film that made Szpilman into a hero and excised her completely.

“He films me nonstop,” she now complains, without specifying who her tormentor is. “Even in the toilet — I cannot go without being watched, I always have to cover myself. It’s unbearable…. They come every night. To rob me. Sometimes they trip over the shopping cart that I place in front of the door as a barricade.”

Nevertheless, Tuszynska manages to gain Gran’s trust, as well as access to her papers. In addition to five years of intermittent, meandering conversations with the singer, Tuszynska conducts a full-fledged investigation: She interviews Gran’s acquaintances, friends and detractors; pores over trial records and other archival documents, and reads letters from her husband Kazimierz Jezierski, who saved her and who seems never to have stopped loving her during their decades apart.

In the end, Tuszynska, while deeply sympathetic to Gran, is reluctant to draw firm conclusions about the events she chronicles. Partly as a result, “Vera Gran: The Accused” is not a very satisfying book.

It may not help that the writing has been filtered through two layers of translation: From the original Polish, Isabelle Jannes-Kalinowski has translated the book into French; Charles Ruas has translated from French into English. It is difficult to tell whether the occasionally stilted quality of the prose is a stylistic choice or an artifact of the translator’s awkward attempt to render literal meaning.

Much of the unease the book inspires is deliberate. Tuszynska says she is writing “a meditation on the nature of collaboration” rather than a conventional biography. Like Primo Levi, who famously wrote about “the gray zone” in “The Drowned and the Saved,” she asks just what collaboration means — and how we should judge it — when the only available choices are to cooperate or to die.

Tuszynska goes even further: “We are all collaborators. On a more or less grand scale, for a day or a lifetime. All that differentiates us are the experiences and the circumstances, which allow us to gauge the extent of our compromises.”

But assessing the nature of collaboration is different from ascertaining just what Gran did when her mettle was tested. Tusczynska’s narrative plunges readers into a maze, circling around facts and memories that don’t add up to a single verifiable truth. At issue is not just the metaphysics of collaboration, but determining what happened, and what can be proved to have happened .

Moving from description to metaphor, Tuszynska writes: “The drawers. How many have to be opened to find the true Vera? And where is she? Does she exist? At what depth, and by what devious turns, has she hidden beneath layers of invention, intentionally? Screens of shadows and illusions superimposed.”

Gran claims that it was Szpilman, the pianist, who was the collaborator. She says she saw him in the uniform of a Jewish policeman, herding Jews into cattle cars bound for Treblinka. “He dragged women by their hair,” she reported to the Shoah Foundation in 1996, and to Tuszynska.

But by the time we meet Gran, she is suffering from dementia. So her testimony may be as unreliable as the self-interested recollections of her detractors. That is a conundrum that Tuszynska never resolves and may not wish to, preferring to confront us with the frustrations and dead ends that are the biographer’s curse. Many readers, lacking her commitment to the subject, may prefer to opt out.