A Son’s Journey Deep Into the Heart of Saul Bellow 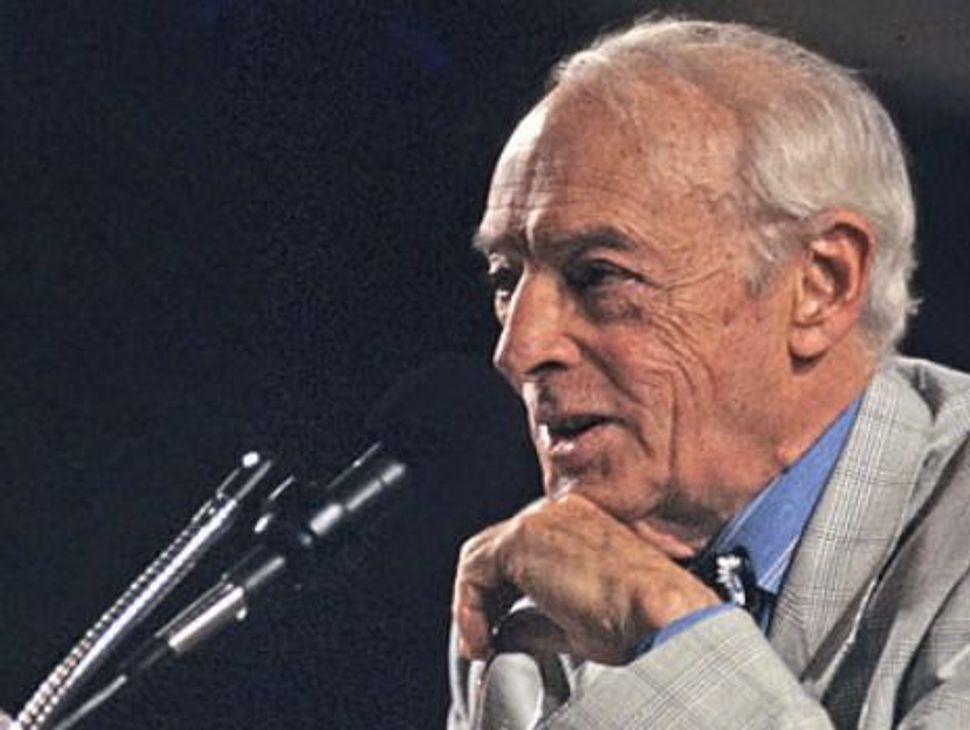 Trying to imagine the literary landscape of the 20th century without Saul Bellow is a tough task. If Bellow hadn’t published “The Adventures of Augie March” in 1953, you would have to reconsider how the entire American Jewish contribution to fiction would look: Where would Philip Roth, Cynthia Ozick and even the older, Polish-born Isaac Bashevis Singer, whom Bellow first translated in 1953, be?

But what do we really know about one of the most decorated writers of the past 100 years? Surely there’s plenty more to learn about the author, who won three National Book Awards, one National Medal of Arts, one Pulitzer Prize and the 1976 Nobel Prize in literature.

But beyond the biography written by James Atlas, and, perhaps, Bellow’s Wikipedia page, there’s little of substance. Bellow didn’t strive for attention through publicity stunts like Norman Mailer’s ill-fated run for New York City mayor in 1969; his work never stirred up the sort of controversy that “Portnoy’s Complaint” did, and spending years living and working in Chicago kept him from joining the hip New York Jewish intellectual crowd alongside, say, Susan Sontag or Woody Allen. Greg Bellow’s new memoir, “Saul Bellow’s Heart,” now stands as the single most important book for those of us who have long wondered what his famous father was really like, and the answers, although not entirely shocking, are somewhat unsettling.

Starting with the history of his family’s arrival in 1912 to North America from Eastern Europe, Greg Bellow’s account is quite thorough, probably a testament to his father’s vivid chronicle. We learn of the hard conditions in which Saul Bellow grew up, and Greg Bellow connects the dots to show us where his father’s personal biography became fiction. One moment in particular, when the Bellows took in a boarder, “made a deep impression” upon the young Saul. “A lonely melancholic, he took to tippling and frequenting bordellos, drinking up his pay and dooming any possibility of sending for his wife and children,” who were in Russia.

The boarder was on Bellow’s mind when he wrote a character for what many consider to be his greatest work. “In Herzog, as seen through the eyes of a young Moses, the family’s boarder returns home drunk, disheveled, and singing loudly enough to awaken the family and neighborhood,” Greg Bellow writes. He contends that only then could Saul “see the benign effects of his mother’s kindness and her ability to soften my grandfather’s heart,” after the fictional mother (of Herzog) wakes her husband to help the drunk man.

For those who have read a good deal of Saul Bellow’s work and have read a little bit about his life, it isn’t always that hard to see where fact and fiction blend; his friend and sometimes rival, Isaac Rosenfeld, was the inspiration for King Dhafu in “Henderson the Rain King,” and the dead genius poet Von Humboldt Fleisher was a stand-in for the poet Delmore Schwartz in “Humboldt’s Gift.” Greg Bellow also recalls a scene in Roth’s “Everyman” that seemed familiar to him: “a funeral scene reminiscent of Saul’s during which a fictional character speaks, almost verbatim, my final graveside words to my father as I tossed a ceremonial handful of dirt onto Saul’s coffin.” This scene is one of the many throughout Bellow’s memoir that make it clear that being the son of a famous writer was never easy.

According to Greg Bellow, his father ruined his own first marriage with his “epic philandering.”

“It did not take long for Saul to develop a taste for sex outside of marriage,” Greg Bellow writes, pointing out that initially his father “adopted a belief that fidelity was a bourgeois ideology,” something the young Saul Bellow, as a Trotskyite, was totally against.

But it isn’t the young Saul Bellow that cheated on his wife with whom Greg Bellow takes the most issue; instead, it was the man his father ultimately became, the “Old Saul,” that Greg Bellow has the most trouble coming to terms with. Both politically and personally, “the man he was between his teens and his late forties filled my father with regret and shame that he felt a need to alter.”

In the end, what you come away with after reading “Saul Bellow’s Heart” is more than just all the things you always wanted to know about the great writer but maybe were afraid to ask until now. This portrait of Bellow winds up being one of a vain, bitter and at times cruel man. And, for better and worse, there’s no stronger account of the life and times of the great writer than this one that was written by his own flesh and blood.

Jason Diamond is the founder of Vol. 1 Brooklyn and the managing editor of Flavorpill.

A Son’s Journey Deep Into the Heart of Saul Bellow