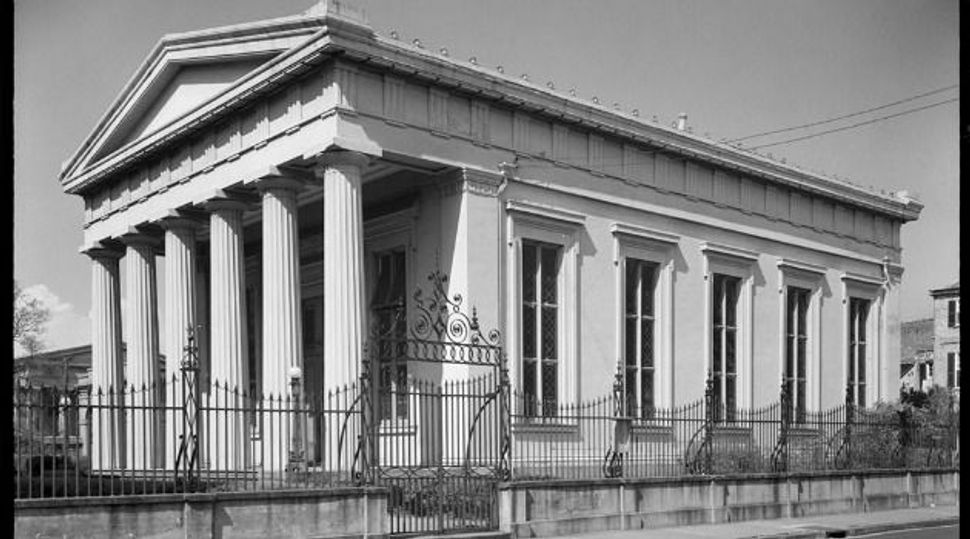 75 Years Ago: This photo of a South Carolina synagogue, Kahal Kadosh Beth Elohim Synagogue, was snapped in 1938. Image by Library of Congress

From the shtetl of Romanov, in the Mogilev Gubernia, comes news of a strike by Kohanim, the Jewish priestly class, a sure sign that the labor movement has influenced every aspect of Jewish life. When the time came for the Kohanim to rise to the bimah and give their priestly blessing during services in the town synagogue this past Passover, some of the local laborers refused and then interrupted the ceremony to lodge a complaint in front of the congregation. One laborer/Kohen stood up and shouted, “They want us to give the priestly blessing, but they never offer us the opportunity to read from the Torah!” Romanov’s businessmen and clergy were aghast. “How is that such common rabble think they can make such demands?” they said. Unfortunately, the common rabble lost this battle; the rabbis, goaded by the town’s businessmen, revoked the noisy laborer’s status as a Kohen.

The convention of the Federation of American Cantors opened at Breyer’s Hotel, in Atlantic City, N.J. In attendance were hundreds of cantors from all over the United States and Canada. The proceedings began with Cantor Ben-Zion Kapov-Kagan, president of the American Cantors Union, addressing the delegates with a rousing speech. He then introduced labor leader William Collins, who greeted the conference in the name of William Green, president of the American Federation of Labor. Collins assured those assembled that the American Federation of Labor would protect the economic interests of the cantors and would support them in their struggles against synagogue presidents and gabbais, the synagogue assistants.

A major study produced by the American Jewish Committee indicates that anti-Semitism is on the rise in Latin America, Europe and the USSR. Latin America, which suffers from political turmoil, sees the frequent use of anti-Semitism as a political weapon. Moreover, there are hundreds of neo-Nazi and anti-Semitic groups in these countries; however, they are relatively small in number and do not pose much of a threat. On the other hand, there is much shame in Europe regarding the fate of the 6 million Jews murdered during the Hitler era. European Christians are also doing some soul searching and are re-examining traditional practices and positions that can be seen as contributing to anti-Semitism. The Soviet Union, however, presents a special problem: Its anti-Semitic policies remain in force. Jews are being singled out for economic offenses, and 60% of Soviet Union citizens executed for such crimes have been Jews.