Could The Holy Ghost Be Jewish? 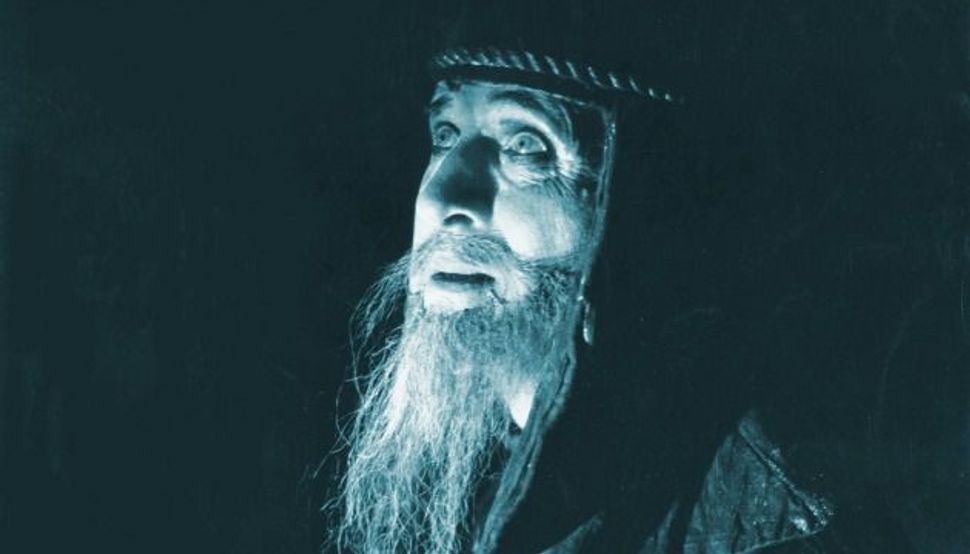 Ghost Light: There can be no doubt that the concept of the ?spirit of holiness? of the Bible and rabbinic literature was the direct antecedent of the Christian concept of the Holy Spirit. Image by Getty Images

Robert J. Foley of Wilmington, N.C., sends me a copy of an open letter written by author and rabbi Rami Shapiro to Pope Francis. In it, Rabbi Shapiro hopes that “ruach ha-kodesh, the Holy Spirit, has called a new pope from the new world to lead the Catholic Church,” and Mr. Foley writes:

“Rabbi Shapiro… is alluding to an expression often used by the conclave of cardinals [which chose the new pope], to the effect that the Holy Spirit will guide them in their deliberations. In my cursory look at the meanings and interpretations of the Hebrew words ruach ha-kodesh, I was indeed struck by some of the similarities between them and the concept of the Holy Spirit within the Trinity. In forming this concept, to what extent do you think the early Christian writers and Church Fathers might have been influenced by Judaism?”

They were influenced by it a great deal. Although neither biblical nor rabbinic Judaism has anything like the Christian Trinity in its thinking about God, there can be no doubt that the ru’aḥ ha-kodesh (literally, “spirit of holiness”) of the Bible and rabbinic literature was the direct antecedent of the Christian concept of the Holy Spirit — or, as it was more commonly known in the English-speaking Catholic Church until recent times, the Holy Ghost. (“Ghost” is an Old English word for “spirit,” just as “a spirit” is a now archaic way of denoting a ghost. A ghost is nothing but a disembodied spirit, and the expression “to give up the ghost,” which has survived from medieval times, refers to the body’s sundering from the spirit at the time of death.)

In Hebrew, starting with the Bible and continuing to this day, ru’aḥ has the two meanings of “spirit” and “wind.” Historically, wind is clearly the older of the two, spirit being derived from it by analogy: As the wind, that is, is invisible but has the power to move visible things, so the spirit is conceived of as that unseen force in human beings or the world — the breath of life, as it were — that activates all that can be seen.

The linking of wind, breath and spirit is widespread in many languages. Thus we have English ghost and gust, as well as breath and breeze; Greek pneuma — air (think of pneumatic), wind, spirit; Latin spiritus — breath (think of respiration, inspiration, expiration), spirit; Polish duch — spirit, and dech — breath, etc.

The phrase ru’aḥ ha-kodesh, “the holy spirit,” occurs only three times in the Bible, one of them being Psalms 51:13, where we read, “Cast me not away from your presence and take not thy holy spirit [ru’aḥ kodshekha] from me.”

In rabbinic literature, on the other hand, the phrase is extremely common. In most cases, it is perhaps best translated as “divine inspiration,” in others as “the divine presence.” In several passages, it is associated with the Shekhinah, God’s indwelling presence in the world.

In very early Christianity, the Holy Spirit is much the same as the ru’aḥ ha-kodesh of the rabbis. The first chapter of Acts, for example, written in the first century, tells how after Jesus’ death he appears to his apostles and is asked, “Lord, is this the time when you will restore the kingdom of Israel?”

He answers them: “It is not for you to know the times…. But you will receive power when the holy spirit [to agios pneumatos, in the Greek of the New Testament] has come upon you.” The “holy spirit” here is the power to prophesy, granted by inspiration from above.

The rabbinic mind was not a theological one, nor was that of the early Christians; neither attempted, as did the ancient Greeks, to systematize their thought logically or to construct it upon a foundation of defined terms and concepts.

The first figure to do this in either Judaism or Christianity was Philo of Alexandria, an early first-century Jewish philosopher who sought in his Greek works to integrate Judaism with the Hellenistic school of Neoplatonism, which viewed the universe as emanating in stages from the One, the unknowable origin of all things, to the material world. One way in which he did this was by developing the idea of the ru’aḥ ha-kodesh as a distinct spiritual sphere midway between God and man, the realm of “pure knowledge in which every wise man naturally shares.”

Philo turned out to have much more of an influence on Christianity than on Judaism, in which he was a peripheral figure who was soon forgotten. The Christian notion of the Holy Spirit as the third element of a triadic God whose two other constituents are “the Father” and “the Son” — that is, the creator God of the Old Testament and the divine Jesus of the New Testament — derives largely from him, though Philo himself was no more Trinitarian in his approach than were the rabbis. This, in a nutshell, is the answer to Mr. Foley’s question.

Could The Holy Ghost Be Jewish?