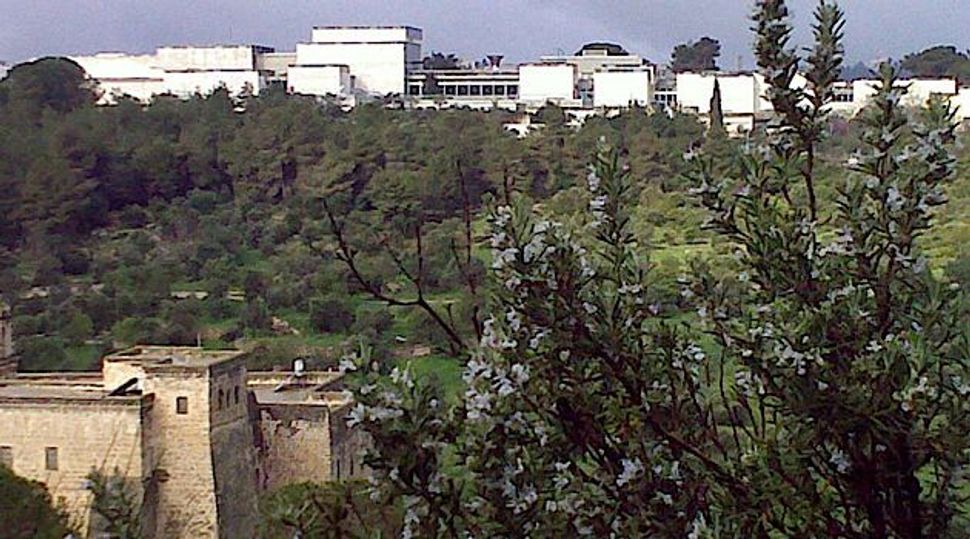 New Home?: The Israel Museum returned a painting stolen by the Nazis to the heir of the owner, then repurchased it. Image by Wikicommons

The Israel Museum returned a Nazi-looted painting to the heirs of its original owner, then repurchased the artwork.

The Impressionist painting “Garden in Wannsee” by the German-Jewish artist Max Liebermann was returned to an heir of Max Cassirer, a wealthy Berlin businessman and scion of a renowned family of art dealers, the museum said in a statement Tuesday. The price of the repurchase was not to be disclosed, according to the agreement.

Nazi persecution forced Cassirer to sell his business, Dr. Cassirer & Co., in 1935. Four years later he immigrated to Switzerland and later to England.

In 1941, Cassirer’s assets were confiscated by the Nazis. Some of his paintings were sold at auction, and others, including “Garden in Wannsee,” were seized by a Nazi looting agency.

Following World War II, the painting was found and handed over to the Jewish Restitution Successor Organization, or JRSO. In 1950, the restitution agency gave the painting to the Bezalel National Museum, the precursor to the Israel Museum.

A prewar photo was discovered showing the painting hanging in Cassirer’s home in Berlin, leading to the restitution.

“The rightful restitution of works of art that were stolen or unwillingly sold during the Second World War is a challenge that many continue to face, and it is gratifying when ongoing research relating to JRSO works in our collection results in their return,” said James Snyder, the Anne and Jerome Fisher director of the Israel Museum. “We do our best to be exemplary in the handling of World War II restitution claims and are especially pleased to be able to achieve a resolution in the case of Max Liebermann’s masterwork ‘Garden of Wannsee,’ with title restituted to its rightful heirs, while we are able to continue to keep the work itself for the Museum’s collection.”